Get Over Here For Mortal Kombat! I LRM’s Save Station Get over here for a Mortal Kombat Save Station special! Save Station is a series looking at all things related to video games. Save Station will not be a piece dealing with current video game news but could venture into that territory at times. Some articles may be heavy on nostalgia. Others may feature a different look at the past, regardless of where we embark on this journey. Gear up and join me on this adventure.

The upcoming movie restart for Mortal Kombat may be the perfect opportunity to revisit this gaming franchise. My expectations for this video game-based movie are not terribly high, as is the case with most video game-based movies. Each time a trailer or new footage releases, it does make me think this movie might be fun but probably not a flawless victory. The first Mortal Kombat movie was likely rated PG-13 because they wanted to make more money than an R-rated film would provide. Graphic depictions of violence based on the source material restricted content for the 1995 Mortal Kombat movie. This new movie is R-rated, and the trailers indicate fans may get some of their desired wishes for certain classic video game moves. In case you live in Outworld and have not seen the trailer, you can check out the trailer above. 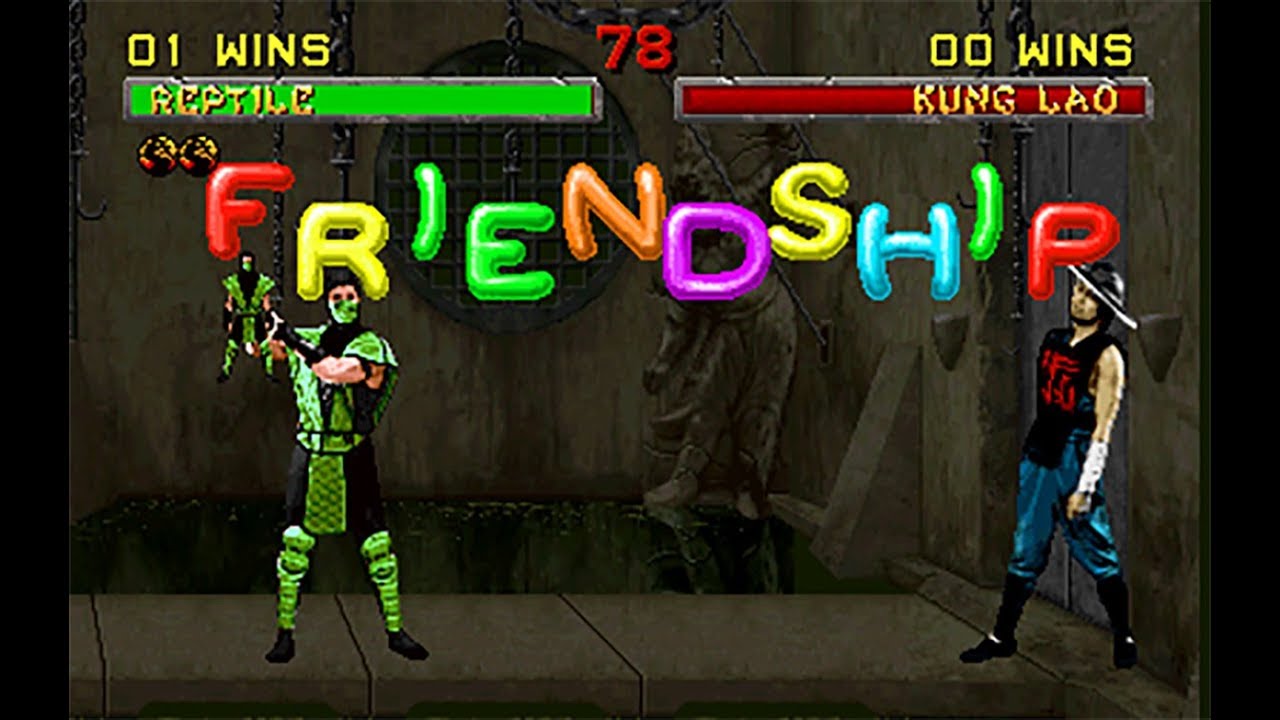 Ed Boon and John Tobias are probably the most well-known names associated with Mortal Kombat. Tobias was responsible for character designs and story development. John Vogel and Dan Forden were also instrumental in helping create the franchise. Forden’s role was the sound design, and Vogel was responsible for graphics. Tobias’s involvement ended after the fourth installment. Boon has overseen the franchise since its inception. There was no bad blood between Boon and Tobias, with them still staying in touch over the years. The character of Noob Saibot is a tribute to both Boon and Tobias by spelling their name backwards.

Every match started with this command. Where did the original game get its start, though? Originally it was planned as a vehicle for Jean-Claude Van Damme, who was filming Universal Soldier at the time. Midway was asked to adapt the movie into a video game. Boon, Tobias, Vogel, and Forden had a rejected game that they would use for this game. They used this opportunity to retool the previously rejected game. The idea was to insert JCVD as a character in the game. Their ultimate desire was to create a better fighting game than what had been on the market at the time. It all fell through, but the creators used the character of Johnny Cage as a tribute to JCVD.

This catchphrase might be the most memorable from Mortal Kombat. Scorpion utters this phrase after throwing the harpoon weapon at an opposing fighter. Boon has been the voice behind those words in all media. Another famous phrase is “toasty,” and first appeared in Mortal Kombat II. Forden appears in the lower corner of the screen, speaking those words, and leaves just as quickly. You may remember other phrases associated with the franchise. Most are relatively easy to quote. My friends and I would often try to simulate the voice when those moments happened in the game. Some of it was just for laughs, but other times, we knew our gaming prowess had dominated our opponent.

Mortal Kombat’s first arcade release was in 1992. Most of my friends playing the game were more concerned with getting to this point to launch an entertaining finishing move. Scorpion yanking off his mask, shooting flames from his mouth, and burning the opponent alive was memorable. Sub-Zero ripping off another fighter’s head with a spine still attached ranks pretty high too. Maybe I remember these more because they were easier to pull off. Some of the characters’ moves were challenging to execute, making it feel like the game punishes the player. However, mastering all the moves is part of the draw for some gamers. Others like to master a few characters then punish their opponents with their skills. Mortal Kombat was the first fighting game where I wanted to put in the time to master all the moves but could not accomplish the task. However, it did not take away from the fun of trying. 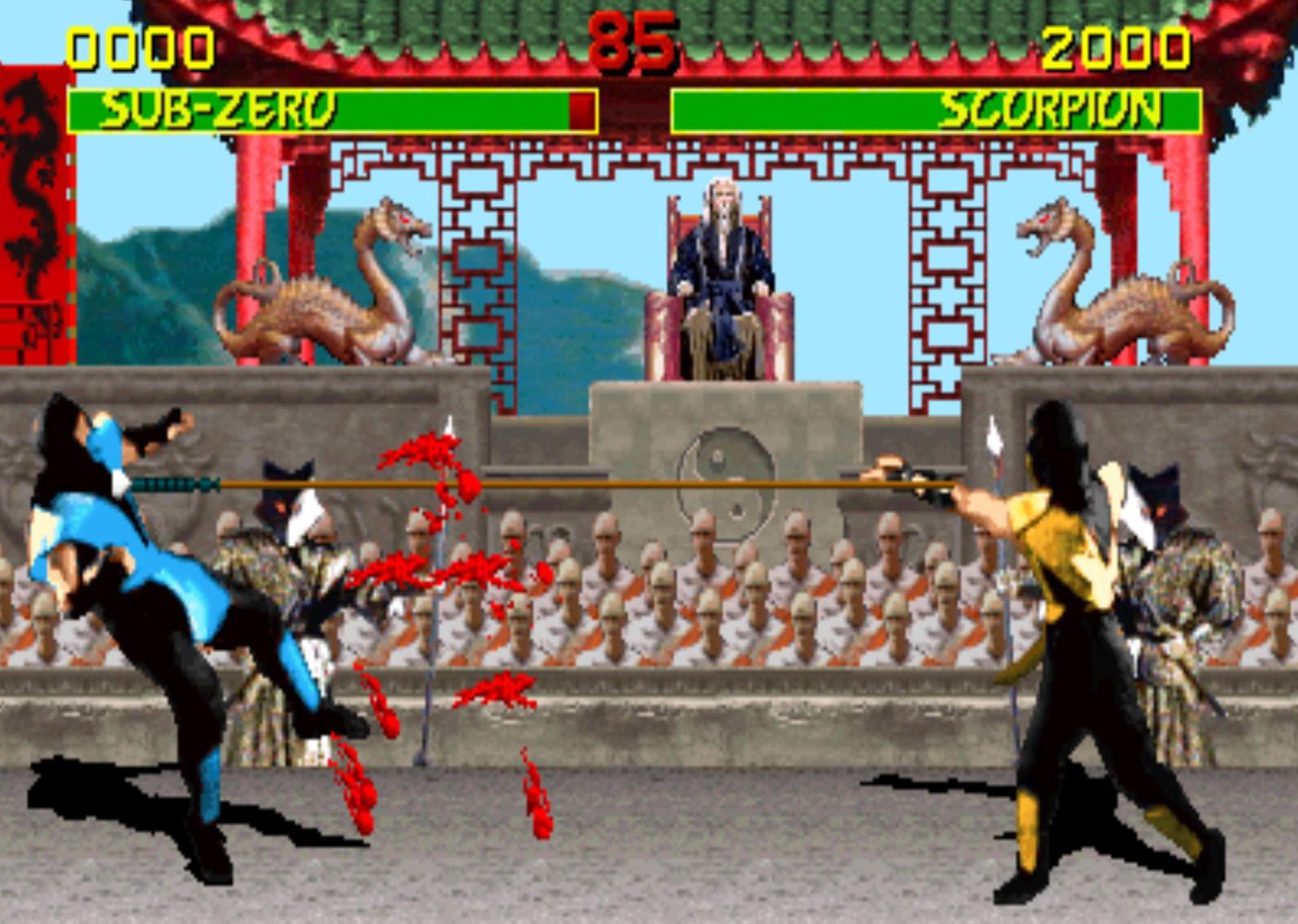 Violence, blood, and gore helped Mortal Kombat break new ground in the video game arena. These issues also broke ground for the future of video games. At the time, Mortal Kombat, along with Doom and Night Trap, became a series of video games met with heavy criticism. Although, Mortal Kombat seems like the less violent of all three. Parents, politicians, and others were concerned with the content in these games. There were a few times I remember Ed Boon’s name mentioned in a news broadcast. Mortal Kombat was likely the more famous video game out of all the other games facing criticism at the time. The industry created the Entertainment Software Ratings Board, which would rate games, to avoid political interference into the video game industry.

Shang-Chi Hits Hard In Trailer & Doc Ock IS Back: What Is Spider-Man’s MCU Future? | LRMornings