Anyone who loves NES knows of the infamous Battletoads game. Released in 1991, the game hit the market at the height of the TMNT hype. I personally have a love/hate relationship with the beat ’em up game. While it is fun and unique, it is also EXTREMELY difficult. I have beat the damn Turbo Tunnel maybe twice in my lifetime. However, despite its difficulty, the game also made its way to Game Boy and other follow-ups including Battletoads in Battlemaniacs, Battletoads/Double Dragon, Battletoads Arcade and even a short-lived cartoon. The game does have such a following that fans of all ages have something to look forward to.

It’s been 26 years, but the time has come! The official trailer brings fans the sequel’s official Xbox One, Xbox Game Pass, and Windows 10 release date of August 20. The trailer is definitely fun with a mix of animated narrative and gameplay. Rash, Pimple and Zitz look to be teaming up with their enemy, the Queen, in order to take down the Topians. The look is chaotically awesome with so many things going on at the same time. Graphic updates look great while keeping many of the characteristics that made the original platformer so unique. Finishing moves such as the enlarged fists, boots, head-butting ram horns, etc. have made their way to game giving it a nostalgic touch with the addition of new finishers.

Gameplay: A Mix Of New And Vintage

The sequel still keeps the platforming, bashing, and vehicle riding aspects. According to Xbox Wire:

“Dlala’s new approach focuses on maintaining this mayhem while ensuring you have enough options to play at your own pace. That includes bringing in some buddies for couch co-op, which allows up to three players to drop in and out at will, along with difficulty settings designed to suit everyone from Tadpole to Battletoad. Just like before, you’ll be faced with hugely varied challenges as you play, including new vehicle sections and even some puzzle-solving this time around!”

What I do enjoy about the sequel is the addition of the three player co-op allowing for another friend to join in the fun! It’s also cool that a player can drop out, or in, at any point in time. Battletoads also has difficulty settings. Maybe this will actually help since the trailer clearly shows the return of… 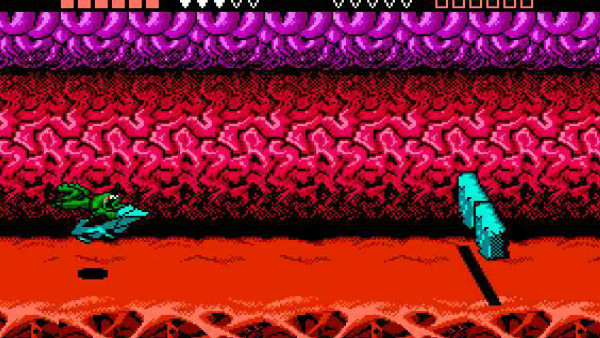 Turbo bikes! Let the frustration begin! The difficulty settings may make this easier, but true fans will set it to the highest level to compare it to the original. Hopefully many of us would be better equipped to take on such a task now, right? Anyways, it still looks awesome! I also love the original music in the trailer with an updated twist. It sounds badass! Does this also mean we will get the sweet beat when we hit pause like the original?

New vehicle sections will bring a nostalgic feel to the game while providing something fresh and new. The puzzle-solving aspect also looks to be an entertaining update.

ALSO SEE: Is Xbox Game Pass The Future Of Gaming? | What This Fan Wants From…

I think the game looks awesome and am glad we are finally getting something after 26 years! August 20 can’t come soon enough. Are you a Battletoads fan? Will you be playing the sequel? What was the most difficult level for you on the original? Leave your thoughts in the usual spot, and thanks for reading!