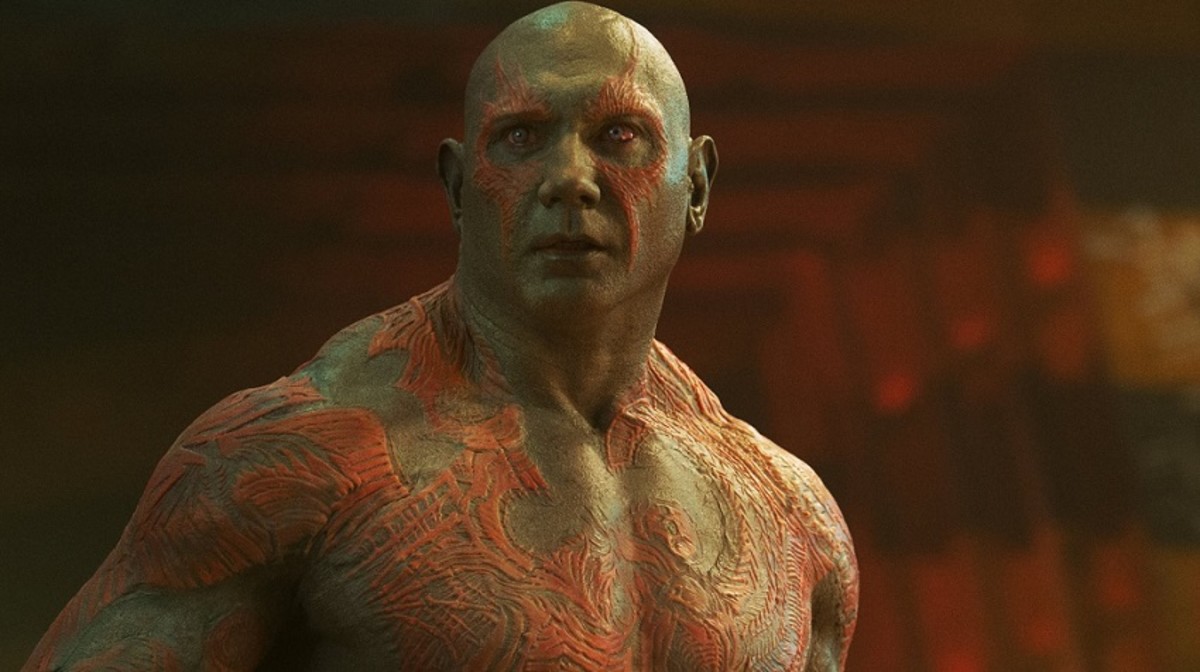 A lot of the younger generation know Dave Baustisa as Drax The Destroyer rather than Bauista the WWE wrestler thanks to his role in Disney’s Guardians of the Galaxy, Guardians of the Galaxy Vol. 2, Avengers: Infinity War and briefly in Avengers: Endgame. A little under a year ago, when Disney suddenly fired director of the Guardians films James Gunn, it was a little of a surprise to see how outspoken Bautista was against Disney’s decision.

In an interview with The Hollywood Reporter as he prepares for the release of Stuber, he talks about his decision to stand by his friend as well as the reaction of his then reps who were worried that his actions could permanently have damaged his career.

“I’m with a different agency now, but I think my agents at the time were a little concerned. (Laughs.) They were never negative about it; they were never judgmental about it, but they were also worried that I would damage my career. But they knew how I felt about it, personally,” said Batista, “I was with Gersh [Agency], and my last agent was named Brett Norensberg. We were actually really good friends; we were very close, so he understood that this was a personal issue with me. So he never tried to stand in the way or stop me from doing anything or taking a stance; he understood, but I think he was concerned.”

Being that Disney was ready to move forward with the third installment of Guardians of the Galaxy without Gunn and that his next film Stuber was headed toward distribution by Disney due to the Fox/Disney merger, Bautista talked about how his reaction was toward their decision and not anything personal with Disney. Not to mention that if things took a turn for the worst, he could always go back to wrestling.

“It’s just my opinion, but I think they knew early on that it was a bad call. I think they just didn’t know how to come back from that bad call. I was never really disrespectful; I never shit on Disney. It was a bad decision, and I just called them out on it. That’s all. It wasn’t anything out of malice or disrespect. It was just calling them on a bad decision and trying to make them see the big picture. It was a very rash decision. Basically, I just wanted my friend rehired, and I never really thought about anything else. I wasn’t so concerned about my career at that point. I figured if my career was over, I could always fall back on professional wrestling. That’s one big perk about being a professional wrestler, I can go back to that because nobody can ever take that skill away from me. I will always have it. Hopefully the WWE would always open the door to me, but if they didn’t I could wrestle elsewhere if I was starving and needed to make a living.”

With everything seemingly back in order it seems like Bautista does not have to worry about going back to wrestling for the time being as he has the already mentioned Stuber coming out soon and he will be working with Denis Villeneuve on Dune and Zack Snyder on Army of the Dead. Not to mention presumably heading back to Guardians of the Galaxy Vol. 3. to reprise his role as Drax.

Do you think Bautista made the right choice by standing by Gunn’s side when he was let go? Let us know in the comment section below!

Bautista can be seen next month in Stuber where he stars alongside Silicon Valley’s Kumail Nanjiani on July 12th, 2019.