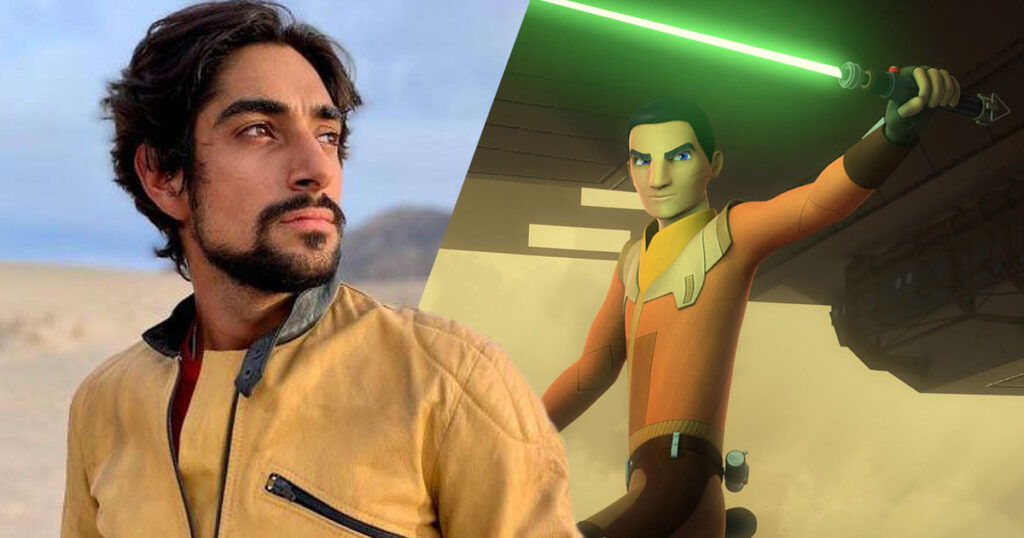 Eman Esfandi confirmed as the live-action Ezra Bridger in Ahsoka. Both THR and Deadline have reported this as a definitely confirmed casting choice. However both were beaten to the announcement by friend of LRM Jordan Maison (Cinelinx) by a full 24 hours. So well done on that one Jordan.

Here is what THR had to say.

Now this of course follows a lot of speculation that Mena Massoud was going to play Ezra in live-action. We ourselves added to that belief a lot in the report Here. at the time we heard from our sources that Massoud was Ezra and Lars Mikkelesen would reprise his vice role in the live-action version of Grand Admiral Thrawn. No way to sugar coat this, we were wrong, or our sources were and we trusted them because they’ve come through for us before. It happens, and we apologize.

As for Mikkelsen? Honestly I cannot say, same source for both calls, but so far there is nothing official about Thrawn. Frankly I’m less confident now because our Ezra information was wrong. Our sources went into radio silence (understandably) when the great Purge came after all the Kenobi leaks. So we can’t even find out if anything has changed there.

Massoud himself responded to the news Esfandi had been cast and he indicated he was never really in for the role despite going for it with a video.

Glad the rumors will stop now. Never really had a fair shot at it unfortunately (1 self-tape months ago) but just wasn’t meant for me I guess. Can’t deny the dude looks exactly like Ezra. Hope it’s done justice!

Well that’s that folks. No leakers ever have a 100% record, but I figure we still have a good hit rate overall. Whether we will have any more information going forward though? Who knows for now? I can say all is quiet right now, but realistically leaks were never the MO of this site anyway, we’ve always been more of an aggregate site focused on certain genres, mixed with our own exclusive interviews of which have hundreds.

What do you think of the news Eman Esfandi confirmed as the live-action Ezra Bridger in Ahsoka? Are you disappointed it’s not Massoud? Do you think Esfandi will be better anyway? As always, leave any thoughts below.