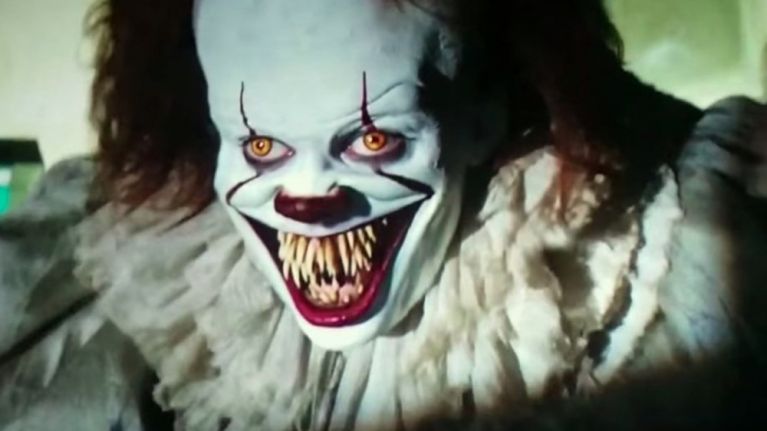 IT has always been my most feared, and loved Stephen King novel.  While it created the coulrophobia in many individuals dating back to the novel’s release in 1986, 1990 brought us the wonderful Tim Curry interpretation of Pennywise the Clown.  Many were unsure of how the 2017 adaption with Bill Skarsgard donning the role would be with many of King’s movie adaptions being either a relative hit, or a far miss (The Dark Tower).  IT was released in 2017 which was deemed a success earning an 85% rating on Rotten Tomatoes and earning over $700 million at the box office.

Fast forward to 2019 and we are eagerly approaching IT: Chapter 2 (I know I am).  CinemaCon was in Las Vegas this year, and revealed some footage description for the upcoming sequel. According to ScreentRant, the scene revolves around Bev returning to Derry as an adult to the house she lived in with her father.  An elderly woman answers letting Bev know that her father has since passed away, but goes on to say, “No one who dies in Derry ever really dies,” then giving her an awkward smile. As the woman insists that Bev stays, things become more creepy. As Bev sees a picture of the elderly woman with her father she states, “Always daddy’s little girl,” then continues “What about you. Are you still daddy’s little girl, Beverly?” The elderly woman then charges in on Bev with super-human speed making a horrific sound in the process, which then cuts to a sizzle-reel.

The reel ends with Pennywise saying “Hello” to a little girl…The film looks to bring the same suspense and horror as the first did!

RELATED — IT: Chapter Two Could Have Bloodiest Scene Ever?

What do you think?  Are you excited for the sequel?  What are your expectations?  Can it be as successful as its predecessor?  Leave your thoughts in the usual spot, and thanks for reading!