LEGO Super Mario first appeared last year and it looks like a lot of fun. My son can’t keep LEGO sets together for long so we decided to pass on this till he’s able to, but man it’s been a long wait. The wait has been more and more difficult with every expansion that comes out and now, LEGO is releasing a new Lego Super Mario set soon. Actually, they are releasing 2 soon, the Adventures with Luigi Starter Course that you can pre-order now and Bowser’s Airship. Bowser’s Airship set was found on Amazon Australia a few days ago.

The funny thing about the Bowser’s Airship set is that it has now been removed from the site. Oops. I guess someone screwed up and the news for this LEGO set wasn’t ready to come out yet, but out it is. Twitter snatched it up as well as 9TO5 Toys. According to 9TO5 Toys, the 1,152 piece set will be priced at $99.99. That price is quite high, but the set looks very impressive. The ship set comes with Magikoopa, Pirate Goomba, and a cannon. 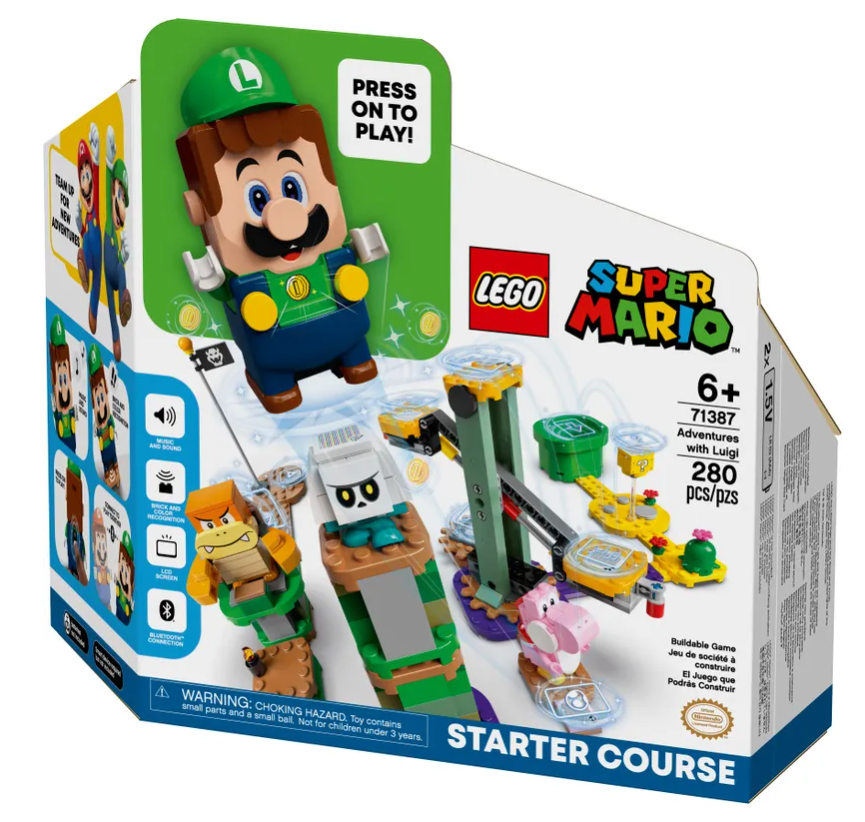 I don’t know when there will be more information on the Bowser’s Airship set, but at least we know about the Luigi Starter Course. On the LEGO website, the price is $59.99, the same as the Mario Starter Course.

Would you be interested in the Bowser’s Airship set? How many LEGO Super Mario sets do you have? Let me know in the comments.