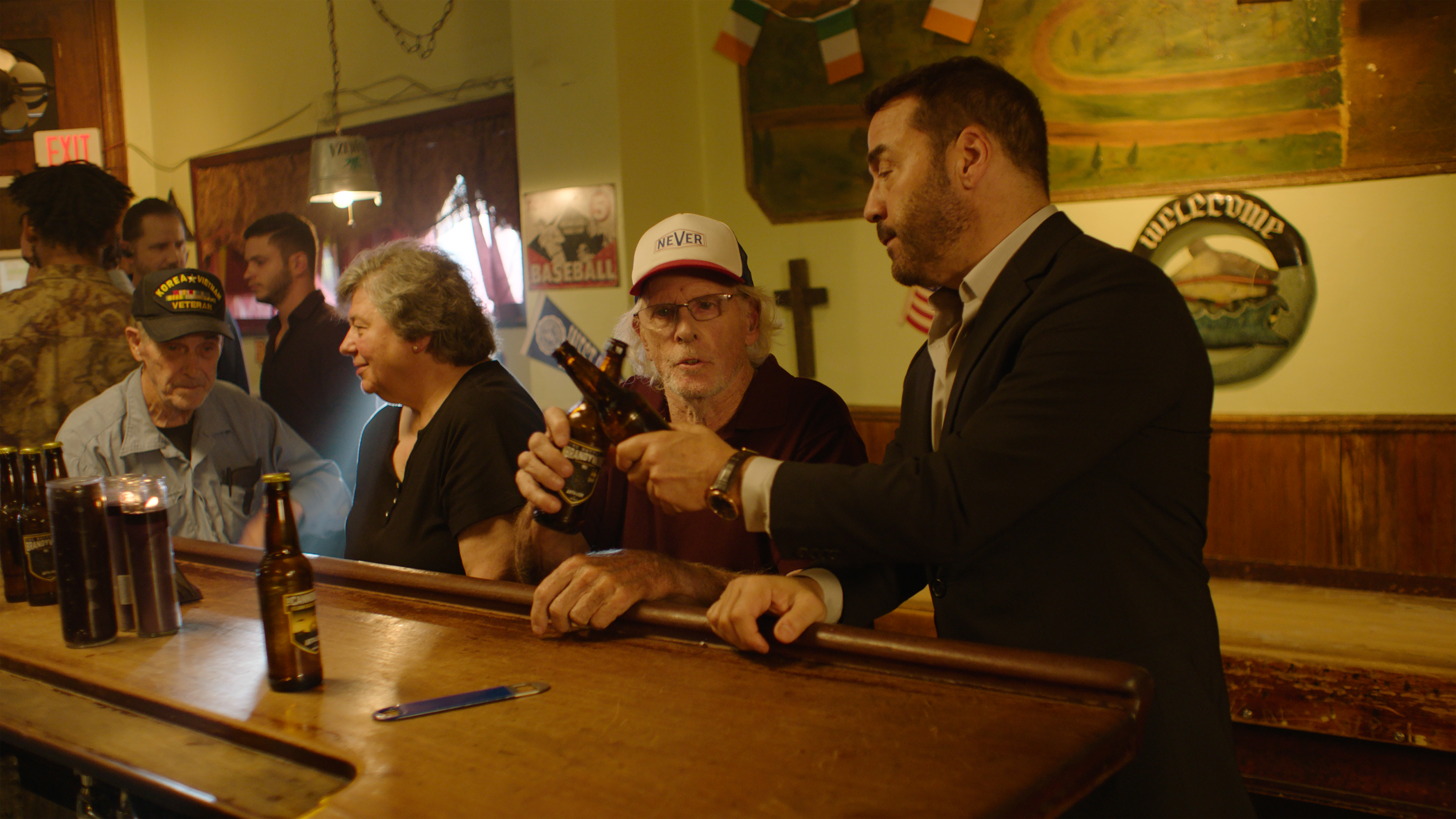 Regardless of where each of us grew up, we have various experiences in our neighborhoods with family, friends, and acquaintances. Sometimes, in order to get ahead, we have to leave all of that behind. But what is interesting is that the pursuit of happiness sometimes brings people right back home. Despite making money and having a career, there is sometimes a void that only some home cooking can fill.

Today is the release of IFC Films, Last Call. This feature film is based on a screenplay by Greg Lingo and Paolo Pilladi. Pilladi is also the director of the film. Last Call has a star-studded cast that includes, Jeremy Piven, Bruce Dern, Taryn Manning, Jamie Kennedy, Cathy Moriarty, Zach McGowan, and Cheri Oteri.

What makes Last Call a lot of fun is that its pacing really allows you to feel like your part of the neighborhood. As a matter of fact, I would go as far as to say that the neighborhood that our main character Mick comes back to is almost its own character. With Mick coming back to what he considers a run-down neighborhood, the film poses the question, who are we to decide what makes a prosperous neighborhood? Is it is the physical buildings that bring joy? Or is it the people? Here is the synopsis for Last Call:

A local success story and real estate developer, Mick (Jeremy Piven), returns home to his offbeat blue collar Irish neighborhood in the shadows of Philadelphia for a funeral and is obligated to stay to ensure his parents’ ailing family business gets back on course. Amidst all of this, he grows closer to his childhood crush (Taryn Manning) who is also back in town, while enduring the constant ridicule from his old hometown crew. As Mick begins to reconnect with the neighborhood he grew up in, he finds himself at a crossroads when forced to either raze or resurrect the family bar.

With the release of IFC’s Last Call, LRM Online talked with Greg Lingo and Paolo Pillado. During our conversation, we talked about Mick’s journey back home to his old neighborhood. Which included the topic of the importance of one’s roots in their future goals in life. Also, how do you take a cast and turn them into a seeming prosperous neighborhood that looks as it has been together for years. It’s a great conversation that you can check out down below!

IFC Films‘ comedy Last Call is now on Digital and On Demand.