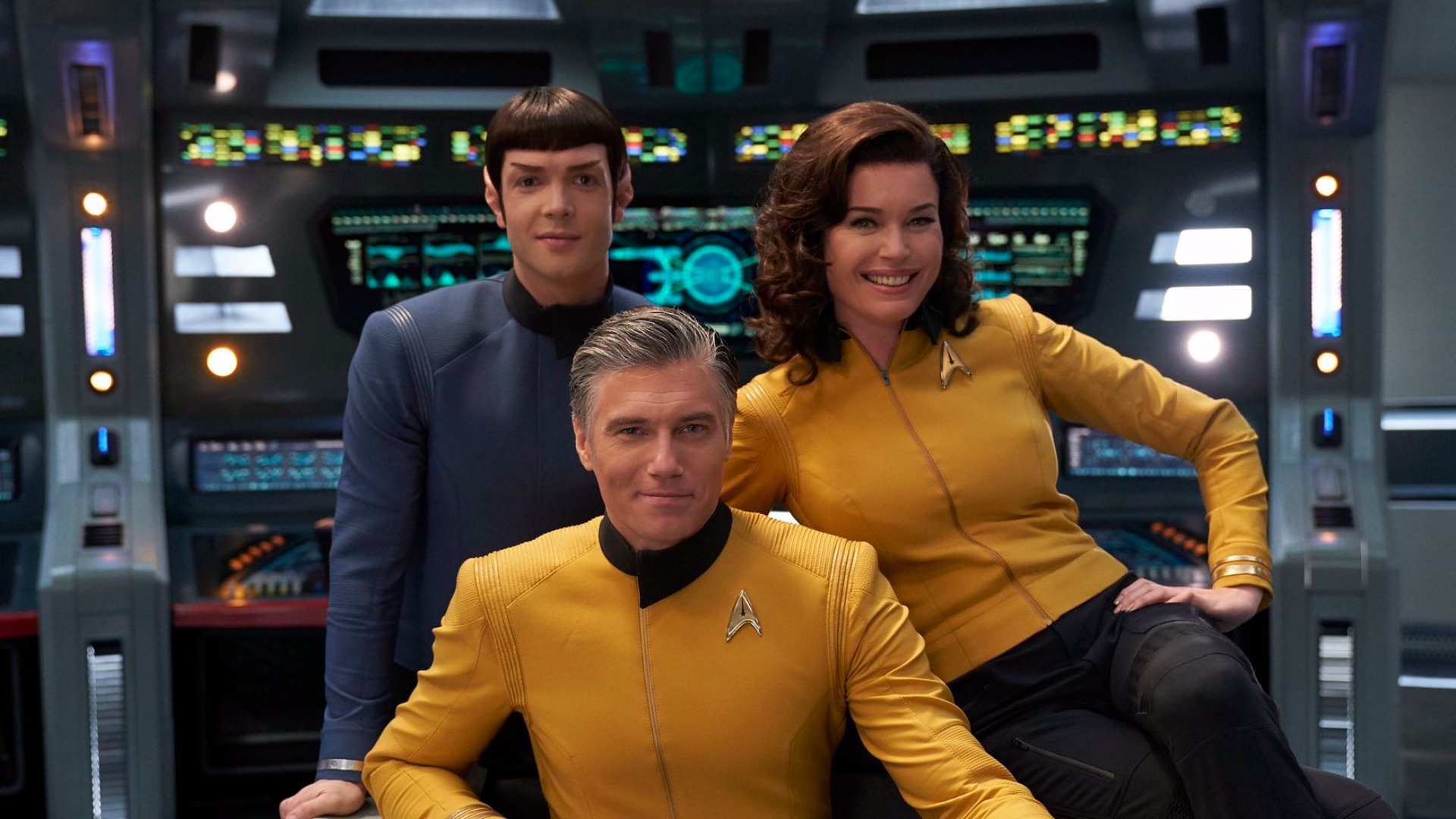 Strange New Worlds is coming to Paramount+. It will mark the 4th Star Trek show on the streaming service aside Discovery, Picard, and Lower Decks.

The three leads, Anson Mount, Ethan Peck, and Rebecca Romijn are spinning off from Star Trek: Discovery Season 2. That being said, their characters Captain Christopher Pike, Spock, and Number One are from the very first pilot of The Original Series.

Strange New Worlds is therefore acting as a direct prequel to Star Trek: The Original Series. You know, the voyages of the Starship Enterprise before James T. Kirk was Captain.

Showrunner Akiva Goldsman had an interview with THR, in which he reveled that the characters, ships, and costumes won’t be the only part of Strange New Worlds that we’ll recognize:

It’s unlike the other shows in that it’s really episodic. If you think back to The Original Series, it was a tonally more liberal — I don’t mean in terms of politics, but it could sort of be more fluid. Like sometimes Robert Bloch would write a horror episode. Or Harlan Ellison would have ‘City on the Edge of Forever,’ which is hard sci-fi. Then there would be comedic episodes, like ‘Shore Leave’ or ‘The Trouble With Tribbles.’

Acknowledging the other Paramount+ series he co-created are more serialized, he again assured fans this will be like the good old days:

So [co-showrunner] Henry Alonso Myers and myself are trying to serve that. We’ve all become very enamored, myself included, with serialized storytelling. And I’m talking to you from behind the stage where we’re shooting Picard, which is deeply serialized. But Strange New Worlds is very much adventure-of-the-week but with serialized character arcs.