Stranger Things: Matt Duffer Shares What Had To Be Saved For Season 3 Possible SPOILERS for Stranger Things 2 ahead. You’ve been warned!

Stranger Things runs shorter each season than the average cable show, yet seems to have more main characters than most of them. The Duffer brothers recently did their own recap of Stranger Things 2, ‘Chapter One: MadMax,’ for Vulture, where they discussed all aspects of the episode including the fact that they were planning on the villainous Billy (Dacre Montgomery) to have a larger role.  But, having to follow so many returning and other new characters actually had them pushing a lot of ideas, including some of Billy’s scenes, into Stranger Things 3.

Matt Duffer explains how Billy was supposed to be more prominently featured, also revealing a plot point that will be saved for Stranger Things 3 in the process:

“Billy was supposed to have a bigger role. We ended up having so many characters it ended up, in a way, more teed up for season three than anything. There was a whole teen supernatural story line that just got booted because it was just too cluttered, you know? A lot of that’s just getting kicked into season three.”

“We consistently forget about how little time we have, because we have so many different characters and story lines that you only have so much time you can spend with each character. We had more ideas than we had room for. The only good thing about that is that I think it’s hopefully going to speed up season three a little bit, because we have accumulated a lot of stuff that we just didn’t have time to get into.”

Billy did seem underutilized after his introduction, so it is good to hear he’ll be back as the human villain in Stranger Things 3. As for “a whole teen supernatural story line?” I can’t wait to see what that is next year.

Stranger Things 2 is now on Netflix. 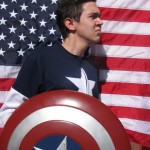 House Of Cards Spinoff In The Works?