Yesterday I was going through my comic collection and spent time looking at my Marvel Team-Up run from 1972 to 1985. Then it kind of dawned on me as I am looking at the covers that this is simply another Spider-Man title. The reason I say this is because most of the issues have Spider-Man as the main team-up partner, along with another hero. The team-up may also be with a “lesser” hero or sometimes even a villain. This column will be covering classic titles runs of the past that makes an impact for character and why we should still be talking about them today in the newest edition of The Comic Stash!

The Idea of Marvel Team-Up 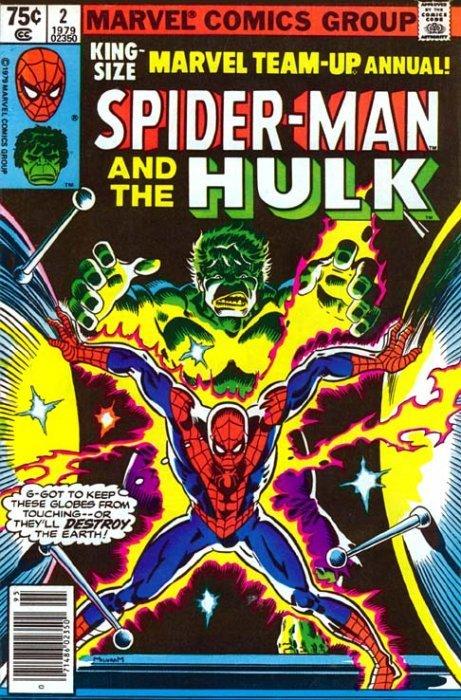 The Incredible Hulk takes over for the issues #97, #104, #105, and the 3rd annual.  Aunt May is even given a book to call her own. With issue #137 Franklin Richards of the Fantastic Four family join in.  At this time Spider-Man has the following on going titles: The Amazing Spider-Man (1963), Peter Parker the Spectacular Spider-Man (1976), and Marvel Team-Up (1972).  Marvel decides to end Marvel Team-up. This gives Spider-Man another ongoing title. That title is The Web of Spider-Man (1985). Now with Spider-Man on three titles, you grow more income with a fan favorite character. 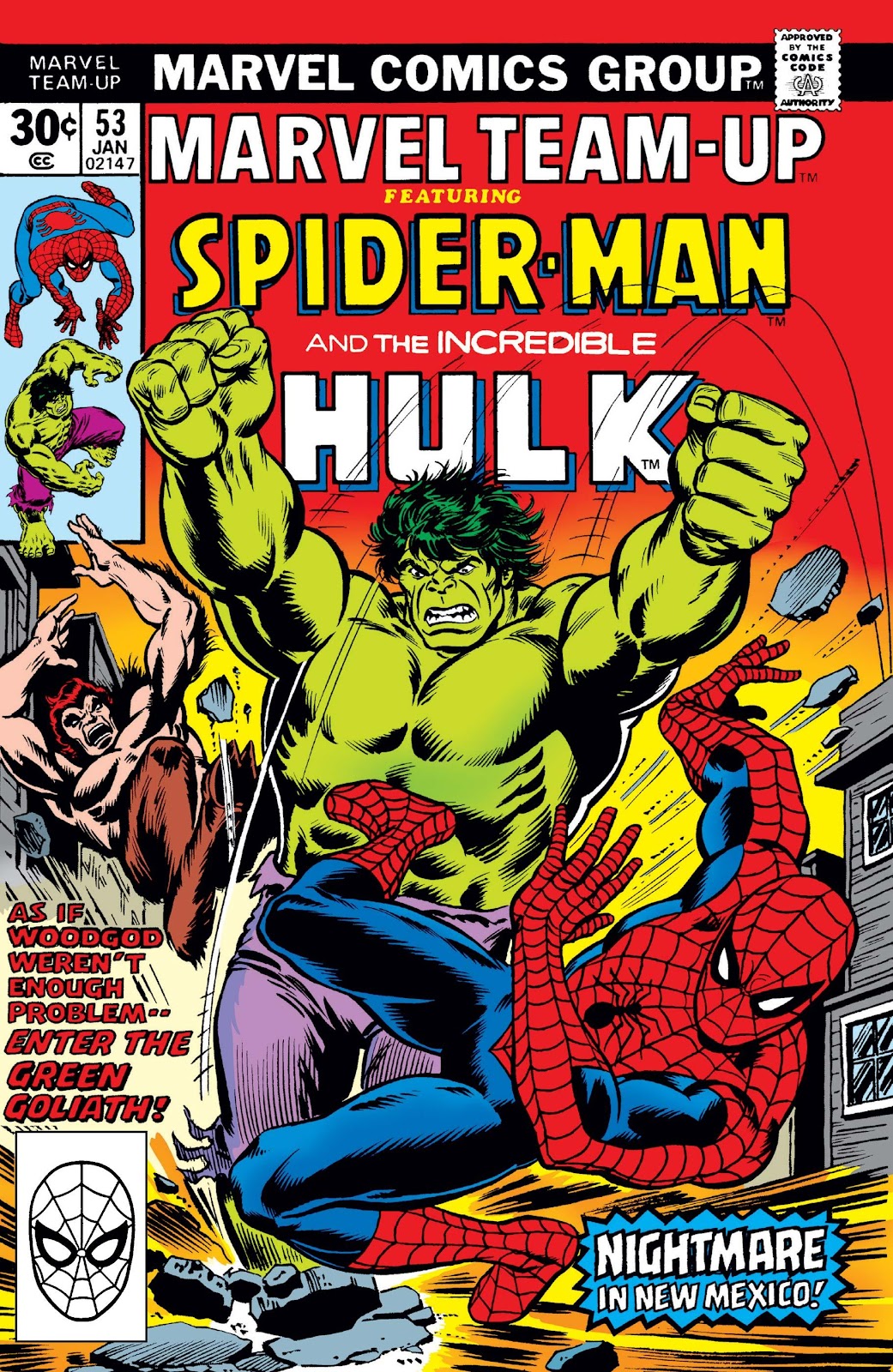 But this is great because each series is not the same and almost never crosses over until 1987 with the story, Kraven’s Last Hunt. In this very wise decision from Marvel they cross the story in all three titles so it makes sense to the reader. You can not have Spider-Man in a grave (spoiler!) in Amazing Spider-Man, and then fighting Doc Oct in The Web of Spider-Man. The reader may not go for it and may not make sense. Also, this is the first time any major comic company  a cross over like this. Because of this everyone does it with their characters carrying two titles or more. Making the character have consistency in the story lines. 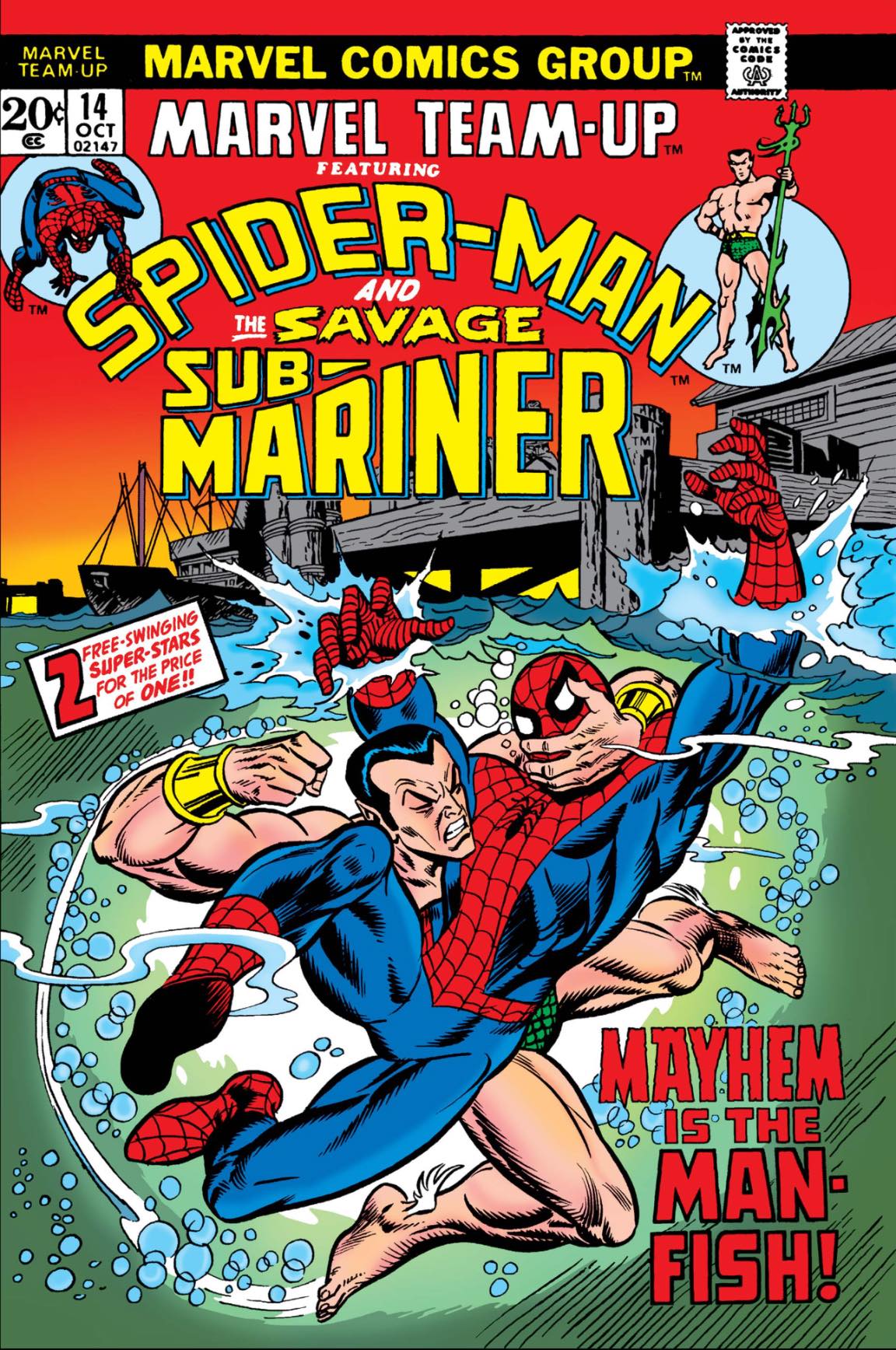 They try to revamp the title run again in 1997. However, it only lasts 11 issues having Spider-Man as the main team-up partner. They change Spider-Man with Namor as the main team-up partner. I am not sure why this decision is made. The third run starts in 2004. It lasts longer going up to 25 issues. An interesting fact about this run is that it does not have just Spider-Man as the main hero. Team-ups include other heroes like Wolverine and Cable. This run is also by some guy named Robert Kirkman. I never heard of him so go feed him to the zombies! They give it another go with the fourth series. It starts in 2019 this time only going six issues.

This series has Spider-Man as the main hero with Ms. Marvel for four issues. It shifts to Captain Marvel and Ms. Marvel.  I am pretty sure with the whole Captain Marvel movie coming out, that there is push to get her on more covers. They do another series called Spider-Man Team-Up in 1995. However, this only lasts for 7 issues. I think because of sales at this time. Marvel also had the whole Ultimate Universe happing in early 2000. Due to this, they give us Ultimate Marvel Team-Up in 2001. This only lasts about 16 issues before it was ends in 2002. The run has Spider-Man as the main hero teaming up with other Marvel heroes. There are 150 issues of this run along with seven annuals. Of course I will go over the ones that are key issue because of characters, or story. The first issue is a must if you want a valuable first issue to start your collection. It runs for a few hundred dollars and is well in reach for a new collector. The comic stars Spider-Man and the Human Torch vs the Sandman. The cover price for this back in March 1972 and is only 20 cents. The story is by Roy Thomas and art by Mike Esposito. In the first three issues we have Spider-Man and the Human Torch together. In issue #4 we get the original X-Men working with Spider-Man. 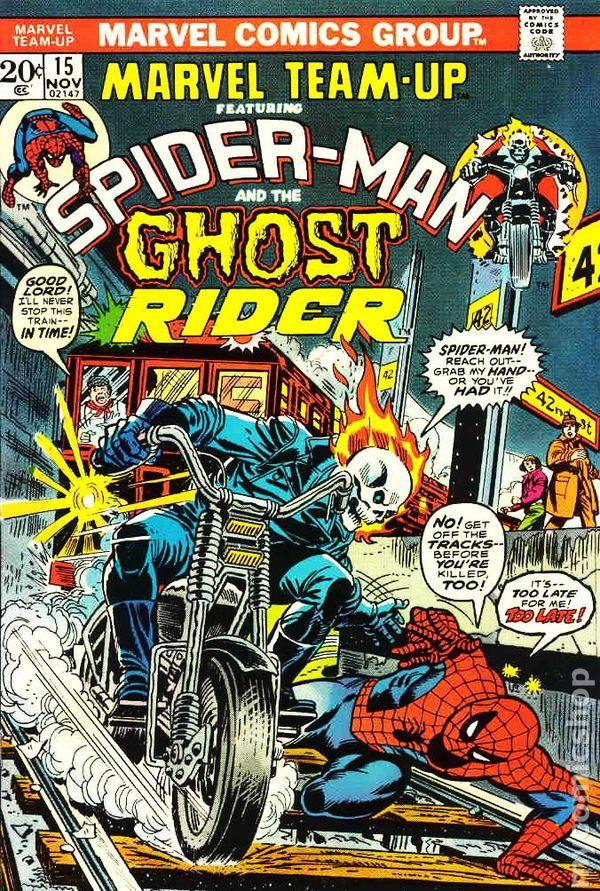 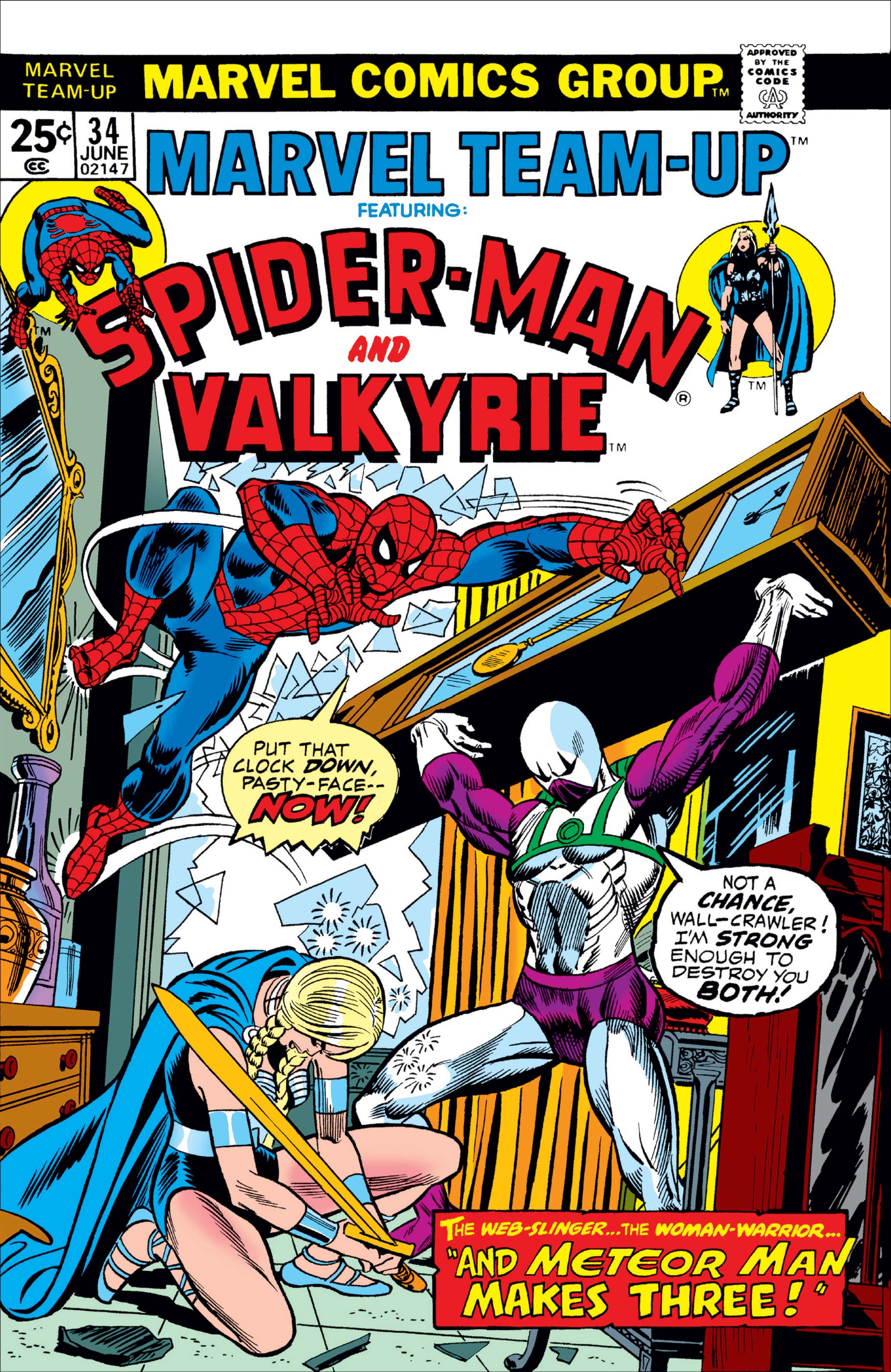 A fan favorite, The Valkyrie makes an appearance in issue #34 teaming-up with Spider-Man.  Issues #41 to #44 cover a storyline that deals with going back in time with The Scarlet Witch, Vision, and Dr. Doom and Moondragon. (Yep, a team-up with Doom). These issues are  by Bill Mantlo and art by Sal Buscema. This is one of my favorite stories in the first series run. Because of Disney’s Wanda Vision people are starting to buy any back issues that have her in them. This is worth adding to your collection and the story is good.

In issue #46, Spider-Man teams-up with Deathlok. The setting is in the future of 1990. Also worth reading to see what they thought the future was going to look like. It is by Bill Mantlo and art by Sal Buscema. The first appearance of Captain Jean DeWolff is in issue #48. The issue is still cheap to get if you want another first appearance book. 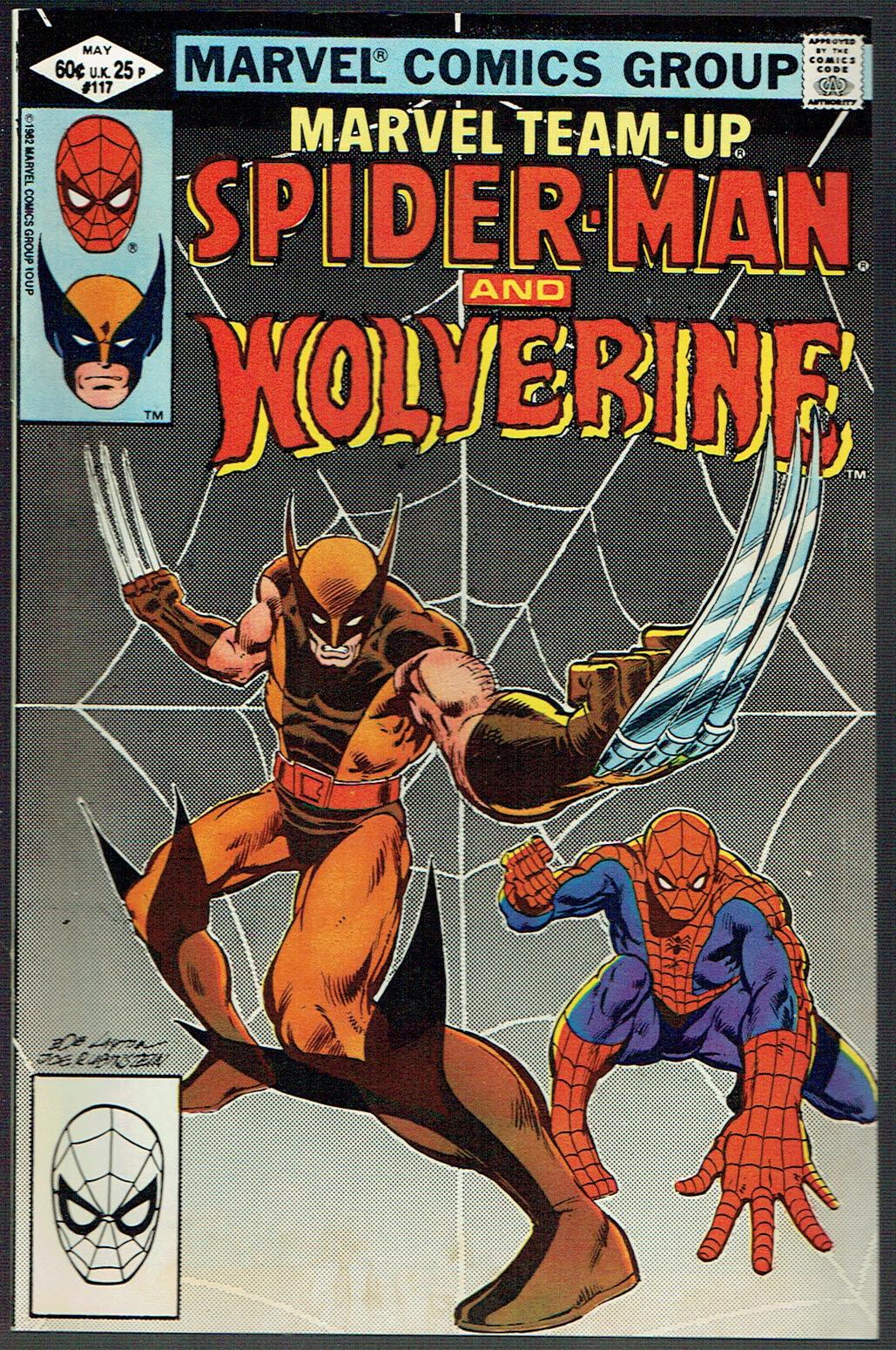 In issue #103 Spider-Man teams-up with Ant-Man. Both face off against The Taskmaster. It is another great story by David Michelinie and art by Jerry Bingham. Issues #104 to #115 are basic team-ups with other heroes and they are single stories with a few that are two issue storyline. In issue #105 and #106, Tom DeFalco takes over as the writer and the art is by Herb Trimpe.

In issue #126 we get two separate stories. A team-up with Spider-Man and the Hulk, and another with Power-Man and Satan. Both are by J.M. DeMatteis and art by Bob Hall and Mike Esposito. I found issue #127 fun because it kind of breaks that rule that The Watcher cannot interfere with mankind’s history but does a team-up with Spider-Man. The installment is by J.M. DeMatteis and art by Kerry Gammill and Mike Esposito. The same talented staff also did issues #129 and #130, where Spider-Man and Vision have to solve a series of murders in a small town. I enjoy the story because it is just put together perfectly.

Another silly story, but fun issue #131 where Spider-Man teams-up with Frog-Man to stop the White Rabbit. The Frog-Man is also in #121. Spider-Man also gets a chance to team-up with Kitty Pryde in issue #135 and with Wonder Man in issue #136. Black Widow has another team-up with Spider-Man is issue #140, that is by Tom DeFalco and Bill Mantlo with art by Ron Frenz and Mike Esposito. In issues #141 to #146 Spider-Man is now back from the Marvel Super Heroes Secret Wars (1984). This series brings with him his new black suit. He will be wearing it for all these issues. Issue #141 is another key book because this is the first appearance of Spider-Man in the black suit in this series.

I would try to grab this comic while it is not expensive. She might become a bigger key character later on. In issue #144 Spider-Man does a team-up with Moon Knight which has very cool story and not very expensive. This is by Cary Burkett and art by Greg LaRocque. Spider-Man finds out in Amazing Spider-Man #258 that the black suit is alive and goes back to red and blue in Marvel-Up issues #147 to #150. The stories from #147 to #149 are good stories but you get that feeling that they are trying to tie-up the series. 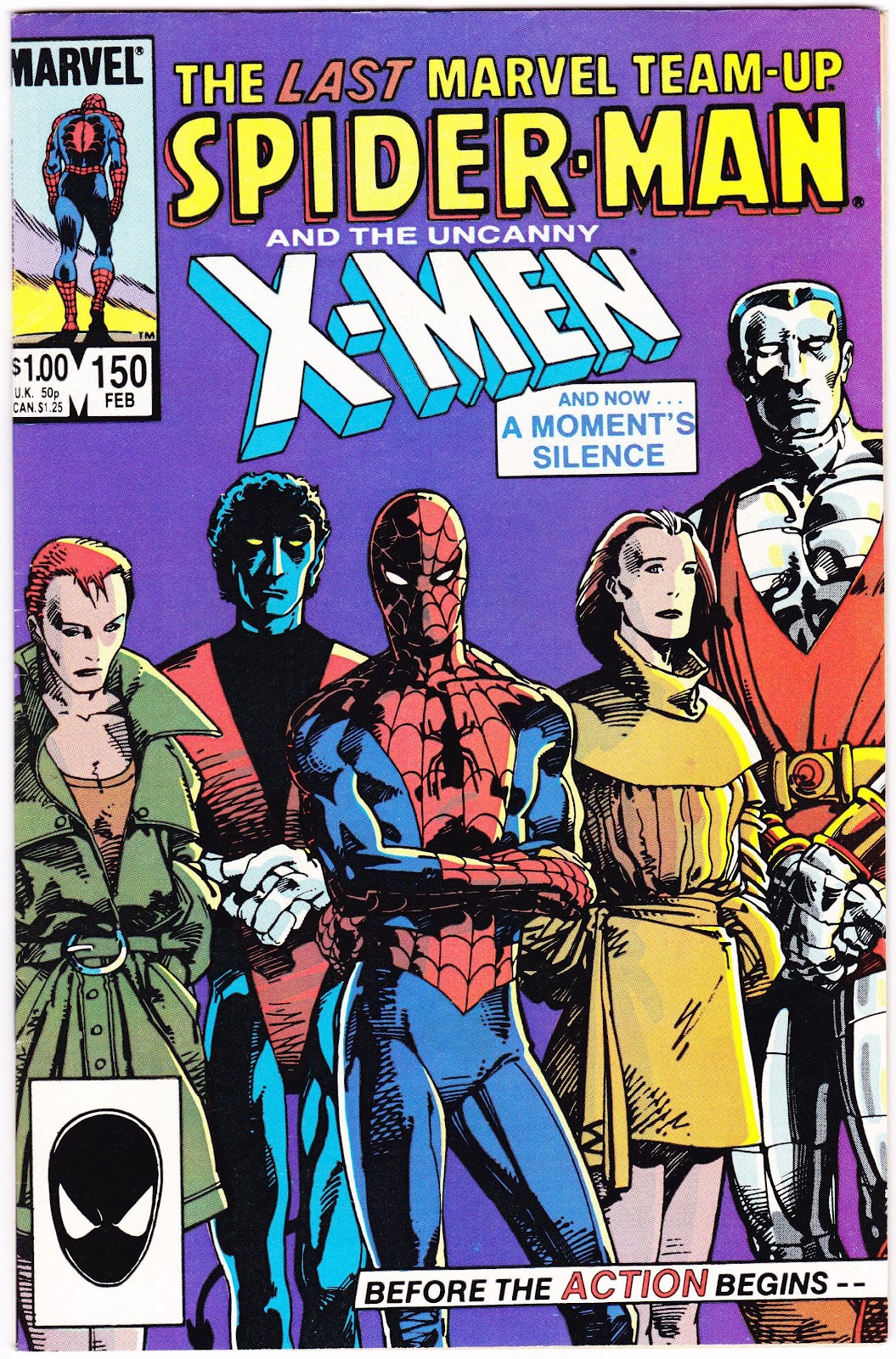 In the very last issue Spider-Man has a final team-up with the X-Men. This is where Spider-Man has to face two Juggernauts and needs the X-Men to help him out. The last issue is by Louise Simonson and art by Greg LaRoque and Mike Esposito.  Artwork and storytelling for these issues are classics. But Spider-Man did get another series after this one ended, and it all works out for the fans of Spider-Man.

For annual #1 Spider-Man does a team-up the X-Men and because it is the first annual it does cost over $40 for a good copy. It is worth having in a collection. This annual is by Bill Mantlo and art by Sal Buscema and Mike Esposito. In annual #2 Spider-Man teams-up with the Incredible Hulk to deal with the KGB. It’s fun to see how the world views the Cold War during this period in history.  This is by Chris Claremont and art by Sal Buscema and Alan Kupperburg.

Annual #3 has the Hulk with Power Man and Iron Fist. The three start off fighting each other, but then work together in the end of the story. Because Hulk steals a product that is Power Man and Iron Fist aka Heroes for Hire are protecting. This is by Roger Stern and art by Herb Trimpe and Mike Esposito. The issue’s cover is by Frank Miller and Joe Rubunstein. 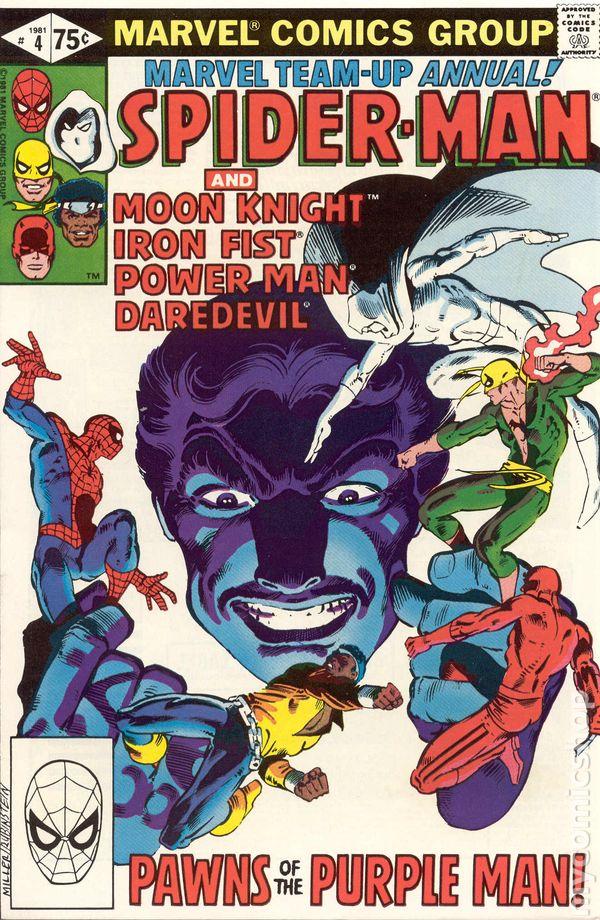 In annual #4 they bring back Spider-Man to team-up with Moon Knight, Iron Fist, Power Man and Daredevil. In this issue the team works together to fight The Purple Man, this issue’s cover is by Frank Miller and Joe Rubinstein. It is by Frank Miller and art by Herb Trimpe and Mike Esposito.  Annual #5 has Spider-Man teaming-up with The Thing, The Scarlet Witch, Dr. Strange and Quasar.

In this issue the team has to deal with magic and the cosmic cube! This is by Mark Gruenwald, art by Mark Gruenwald and Jim Mooney. In annual #6 Spider-Man teams-up with Cloak and Dagger and the New Mutants. The teams has to work together to stop drug dealers and the effects it has on the users. Story takes on the drug issue that America was facing with crack and other drugs in the 80’s.This annual is by Bill Mantlo and art by Ron Frenz and Kevin Dzuban. 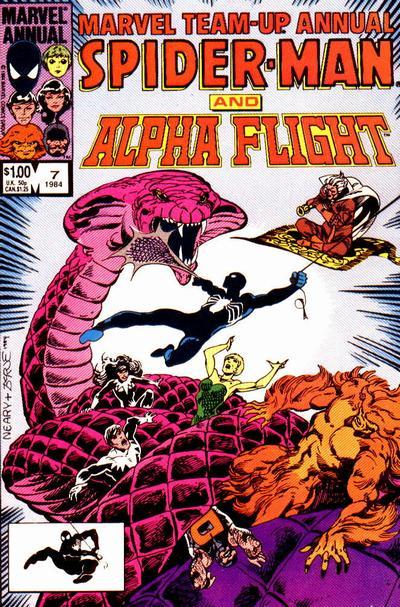 In annual #7 we have Spider-Man doing a team-up with The Alpha Flight. Not a super well-known group of heroes, but was nice to see them in the series. This story deals with the Collector who want to collect Spider-Man and Marrina from Alpha Flight for his collection. For the last annual it is a great read. Plus, the Collector never shows up much in Spider-Man’s world. This is by Louise Simonson and art by Paul Neary and Sam de la Rosa. The final annual cover is by Paul Neary and John Byrne. Annuals are not pricy and worth having in a collection and the stories are enjoyable, along with the art.

ALSO SEE: The Comic Stash | Books Worth Reading This Month

I hope you enjoy my little break down of this series and in case you want to know, yes I do have the complete run of this series. I just got lucky to final put it together after a few years of looking for them.

This series is enjoyable because at the time they did not know some of these books would be key issues with new characters or because of the stories told. And it was fun to go back through and look at the covers and read some of the ones I went over with you. If you enjoyed this column or have questions, please let me know and as always keep reading those comics. Also, look around our site to find other great columns and videos!