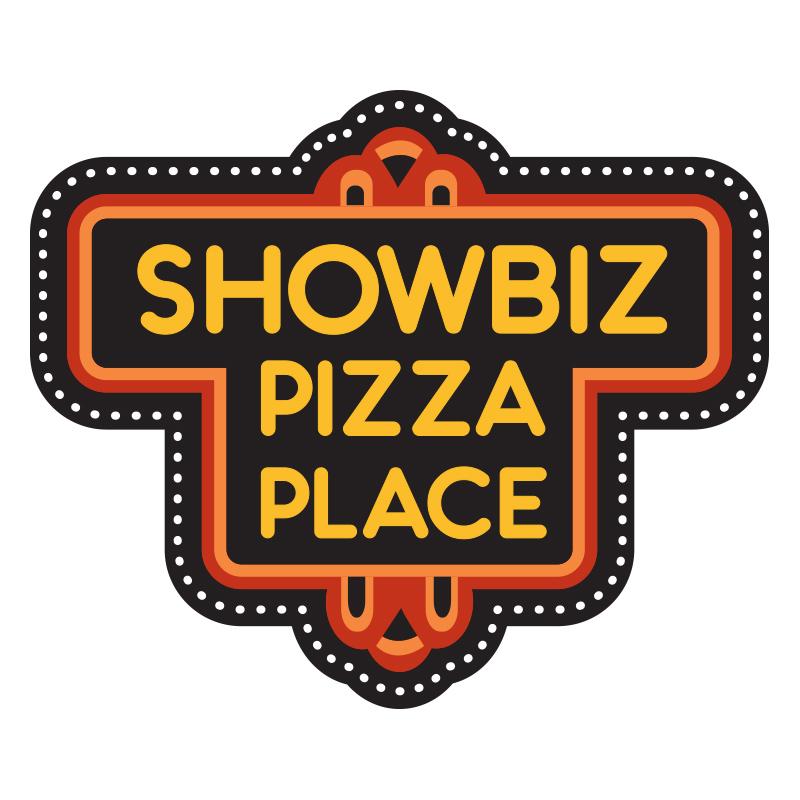 Welcome to 2021’s first installment of LRM’s Retro-Specs! There is a right of passage that comes with birthday parties during our youth. The 80s were full of amazing places to bring a group of friends to in order to celebrate your big day. They were basic. Not crazy, over-the-top like you see now. I remember having some at Burger King, Pizza Hut, the park, a movie theater, or Magic Mountain. A birthday hotspot that kids even today can relate to is none other than Chuck E. Cheese. Unfortunately, today’s youth are unaware of another amazing place that takes having an amusement park environment while combining it with a pizza parlor indoors! While Chuck E. Cheese was fine, I strongly favored the 1980s franchise: Showbiz Pizza Place!

I thought that Chuck E. Cheese and Showbiz were competitors like Nintendo and Sega, or Toys R Us and Children’s Palace. The kind of were, but more like frienemies. However, I had no idea how deeply connected the two are.

Let’s start with Chuck E. Cheese, which its original name is Pizza Time Theater. Electrical engineer Nolan Bushnell was also a games division manager with Lagoon Amusement Park. During this time he works as a consumer focusing on marketing habits. While he wants to be an engineer for Disney, it did not work out. However, not all is lost. Bushnell and colleague Ted Dabney decide to start their own business. The two have the idea to combine an amusement park feel with a pizza parlor. In doing some research, they went to Stanford to see the world’s first video game Spacewar! 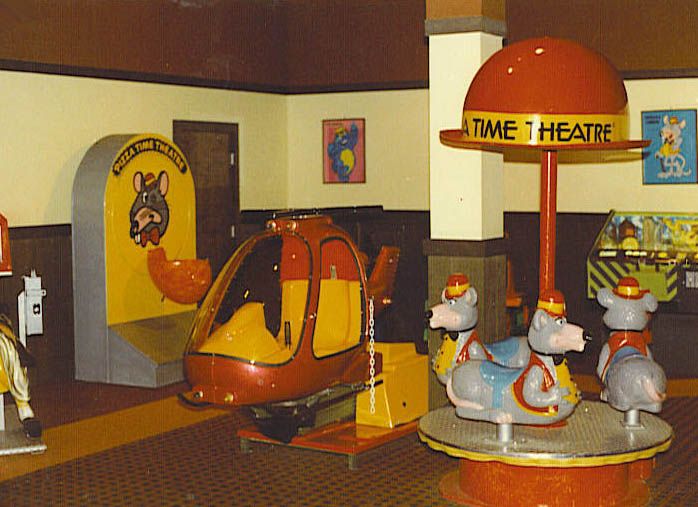 Creating a cheaper video game is the original idea the two have, which results in the title: Computer Space. It is met with minimal success, so they begin working on a better sequel but have to also take on a new company name. That name? Atari Inc. With Atari successful in their follow-up with PONG, Bushnell and Dabney unfortunately parted ways. Bushnell then sells Atari Inc. to Warner Communications. While he stayed on as the head of Atari, most of his ideas were tossed to the side. One remained, which allows him to bring the pizza parlor amusement park idea back to the forefront. There is approval for the pizza restaurant with the animatronics concept.

Now I know what you may be thinking, “I thought this was about Showbiz and not Chuck E. Cheese?” This is true, and this is where it begins to get a bit wild. Bushnell went on the leave Atari and had a non-competitive agreement regarding video games. From there he took his focus to the pizza parlor theater concept. As Bushnell began looking for franchisees for his idea, Bob Brock of Topeka Inn Management and the largest franchisee of Holiday Inn hotels joined. Their relationship though quickly soured. The main point of contention would be over what would become the main attraction: the animatronics. Creative Engineers President, Aaron Fletcher, would be a key figure moving forward. 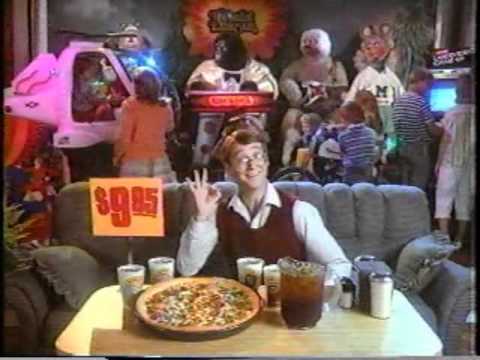 Bushnell met Fletcher at an IAPPA convention where he asked Fletcher about purchasing the animatronic figures, but not the controls as he feels his members could do a superior job. Fletcher turned down the approach as well as a later offer to buy his company. Meanwhile, Brock’s franchise was edging closer to opening and he was not impressed with what Bushnell had been providing him with. He also found out that Bushnell had not been completely honest with him regarding Fletcher’s company. From there, Brock and Fletcher would merge together while a tumultuous legal battle would follow as Brock wanted out of the agreement with Bushnell. (More legal drama between the two will unfold later).

Anyone who remembers Showbiz will clearly remember the Rock-afire Explosion! The reason why this animatronic show is superior to Chuck E. Cheese’s was due to the stages. That’s right, Chuck E. Cheese has a single stage while Showbiz boasts three! The way the were angled in almost a half circle made you feel like you were in the middle of a concert!

The three stages consists of the band members: Rolfe and Earl, Duke LaRue, Fats Geronimo, Beach Bear, Mitzi Mozzarella, Billy Bob, and the Looney Bird. And I tell you what, as a kid, they sounded great! Props to all of the parents who took us their and endured such a performance. I’m pretty sure almost every kid loved it though. (Not all though. My sister used to hide under the table.) Having the the characters across three stages gave the place options having a specific stage perform individually, or all together.

This also helped with birthday parties. The brief nature of the performances made it so that parties could come and go while not missing the main attraction. They could watch whenever a new performance began then go back to their pizza and games at their leisure.

As a kid, if you couldn’t get enough of the hot tunes from the Rock-afire band, not to worry, their songs were available at the gift shop of course! The animatronics concept had only been seen at Disney resorts until Showbiz and Pizza Theater folded them into the mix.

I remember making loops at Showbiz. Games, pizza, Rock-afire, repeat. I was moving non-stop. At the time, I thought the pizza was the best ever. In actuality I am assuming it was a few steps up from tomato sauce on cardboard, but I could be wrong! Do you remember if it was good or not? I didn’t care. My focus was on the games and tickets. Showbiz was in its hay day during the popularity of arcades. Aaron Fletcher’s company was actually the group that made a game you probably remember playing quite often at Showbiz: The Whack-A-Mole.

Who could forget playing games like that and Skee-Ball working to achieve the ultimate street cred by obtaining an insane amount of tickets to take to the giftshop. It was such an achievement to go there and trade all of your tickets for a stuffed animal or fanny pack (both which cost around $5 probably while you spent $50 in coins). Still, it is the experience that matters! 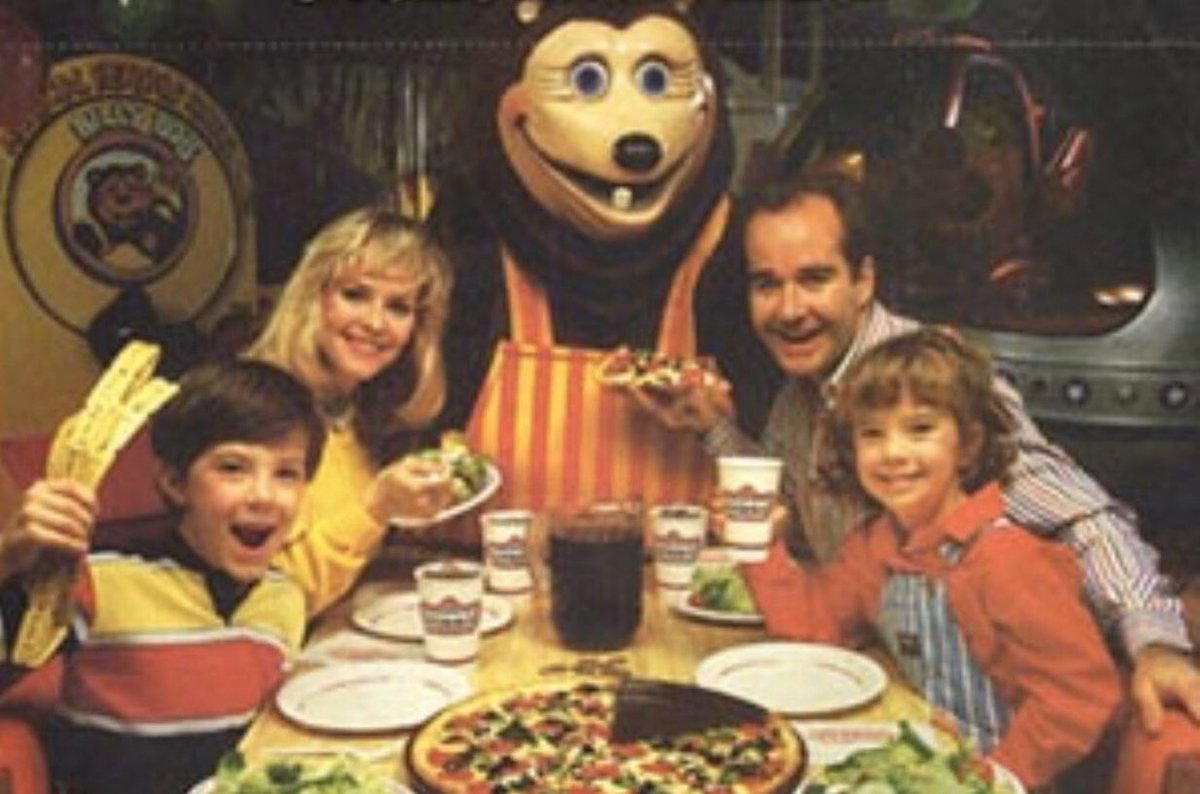 I also remember the ball pit. This was pre-Discovery Zone, Leaps and Bounds, etc. You could go and hide in the plastic ball pit (shoes off of course), climb the rope ladder and slide down the slide and hop off to your next area of choice. As an adult, thinking about the ball pits seems quite disgusting. Especially being in the middle of Covid. But just like drinking water straight from the spigot in the summer, we 80s kids are resilient and are just fine, right?

Showbiz realized that parents may be in need of at least a momentary escape from the chaos. Therefore, the Disco Room turns into the Sports Room. Here parents can watch sports or soap operas to help give them some reprieve. This room was right near the Rock-afire Explosion, so it is easy to keep an eye on the kids.

The concept was being sold to the public as an animation, gaming, restaurant experience outside of Disney. Don’t live close to a Disney or can’t afford it? Head on over to Showbiz and check out the Rock-afire Explosion with games and pizza!

Bushnell moves on to other projects when Pizza Time Theater goes public in 1981. The initial lawsuit between Showbiz Pizza Place and Pizza Theaters settles outside of court in 1982. The next year, 1983, was when the major changes occur. This is when the video game crash takes place. Cheaper games began to hit home consoles, which hurt the arcade-style industry. It is no longer an exclusive place for video games.

Bushnell resigns in 1984 after taking major financial losses, and files for bankruptcy protection. Showbiz was hurting too, especially with Fletcher leaving. Showbiz made the move to merge with Pizza Theaters and taking on their assets. From here they are known as Showbiz Pizza Time, Inc. As the companies merge, so do their characters.

The Beginning of the End for Showbiz: Concept Unification

In 1985 Richard Frank comes in to replace Brock as the president and CEO. Over the next two years there is a good deal of restructuring, remodeling and a stronger marketing focus within the company. The changes remove the three-stage format and brings in one stage with a balcony more replicative of the Chuck E. Cheese model. Sadly, the unique Rock-afire show is removed in place of other, animatronic ideas moving forward. They also make performances 8-12 minutes known as “Birthday Waves” so that parties could come together to see the experience rather than they come-and-go approach, which I enjoyed.

By 1990, all connections with Fletcher’s original group, Creative Engineering, end. This results in the removal of the remaining Rock-afire Explosions sets in order to streamline Showbiz and Chuck E. Cheese. The replacements are Munch’s Make Believe Band from Chuck E. Cheese. Concept Unification takes two years which results in all restaurants taking the name Chuck E. Cheese in 1992.

Do you remember Showbiz Pizza Place? Do you think it was better than Chuck E. Cheese? What is your favorite memory? Did you enjoy the Rock-afire Explosion? Leave your thoughts in the usual spot, and thanks for reading!