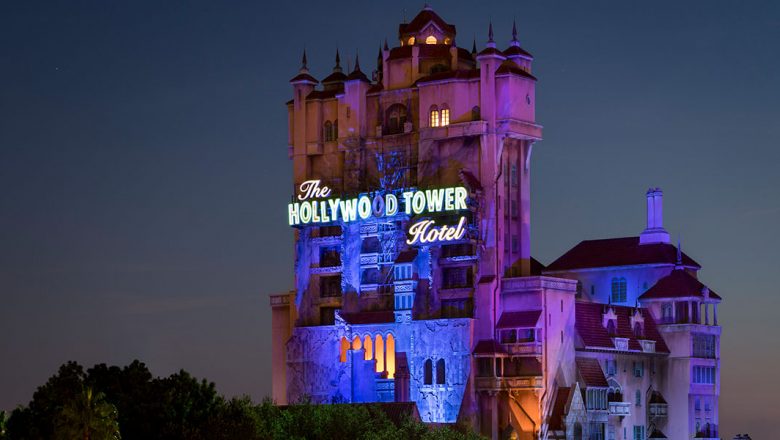 It’s interesting how Disney has been able to take some of their beloved attractions and turn them into films. Pirates of the Caribbean was very successful and it opened the door to future possibilities. We are also close to the release of Jungle Cruise based on another one of their rides. With stars like Dwayne Johnson and Emily Blunt who knows if this one can also spawn more films.

Today we have news from Collider that another Disney ride is going to get the film treatment. According to the news story, Black Widow herself Scarlett Johansson will be producing Disney’s Tower of Terror. She is also expected to star in the film. The script is being written by Inside Out writer Josh Cooley. Johansson will produce via her company These Pictures along with Jonathan Lia. Currently, there is no word on a director.

This Disney attraction is one of the most thrilling rides at their parks. Although it is noteworthy to mention that Tower of Terror at California Adventures was transformed into Guardians of the Galaxy – Mission: Mission Breakout. The ride’s climactic moment includes a free-falling elevator drop. It’s narrated by Rod Serling, the host of the classic The Twilight Zone series.

This seems like a fun idea but I wonder if this is going to have a serious take on a film with the word “terror” in its title. If it’s going to be Disneyfied and be something like The Haunted Mansion. Either way, it could turn out well! Make sure to stay tuned for more details as they are released. It is also important to note that both Disney and Johansson have not commented on Collider’s story.

What do you think of Tower of Terror being turned into a film? Let us know in the comment section below!

You can see Scarlett Johansson in next month’s Marvel Studio’s Black Widow. In Theaters July 9th, 2021. As well as Disney+ with Premier Access.