WarnerMedia Studios Discusses Ray Fisher, And He Hits Back Ray Fisher makes his feelings regarding his treatment by WB extremely clear. This ongoing feud has continued for some time. However, the release of the Synder Cut, and positive feedback from many fans, WarnerMedia could not avoid questioning regarding Ray Fisher, and he hits back. 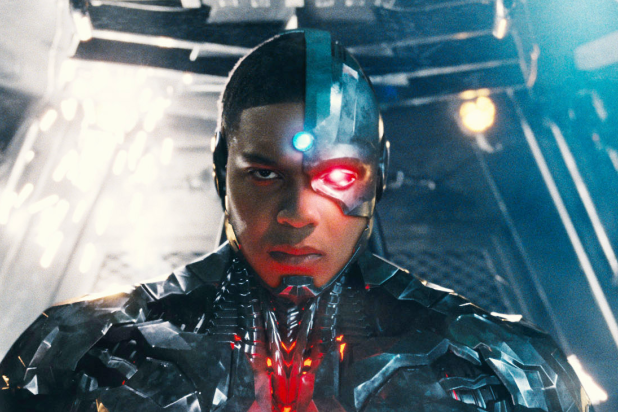 While criticism continues to go back-and-forth between the two parties, WarnerMedia Studios CEO Ann Sarnoff recently speaks with Variety and is questioned about the elephant in the room. The interviewer asks about Ray Fisher’s allegations of racially biased behavior and trying to get in the middle of a misconduct investigation. When asking Sarnoff if their investigation has any evidence of racism she replies:

“No. Our investigator, Judge Katherine Forrest, has issued statements specifically about [DC Films president] Walter Hamada, saying that there was no evidence of interference by Walter in the investigation. She said that the cuts made in the Joss Whedon version of “Justice League” were not racially motivated. We took it very seriously, so we hired one of the top investigators out there and gave her a tremendous amount of leeway.”

Apparently some folks at @WarnerMedia think that a room full of executives saying “we can’t an angry Black man at the center of the movie” (and then reducing/removing all Black and POC from that movie) isn’t racist.

The investigator hired by @WarnerMedia was brought on to help the company assess and evade legal liabilities.

Continually touting her status as a FORMER federal judge in an attempt to sway public opinion is obvious and desperate.

She is now simply a lawyer.

“There really was nothing that Walter did against Ray, in fact he offered him a role in the Flash movie.”

“Walter happens to be a person of color, so he knows what that feels like.”

are the absolute definition of tone deaf.

Rather than trying to convince people on what the Justice League investigation DIDN’T find—how about you start telling them what it DID?

The public is a lot smarter than what you’re giving them credit for.

The proof is there.

Not having a non-disclosure agreement means the Fisher can share as much as he wishes. Which he looks to be doing so. While this appears to be just the beginning, Variety reaches back out to WarnerMedia Studios for a response to Fisher’s claims. Which they did not have:

I bet they did…

This is clearly far from over. However, it looks as if Fisher will begin to take the lid off of the situation. I expect there to be more details coming out from Fisher’s side moving forward.

What do you think of the conflict? Leave your thoughts in the usual spot, and thanks for reading!