What This Fan Wants From… Superman In The DCEU When writing this column on a weekly basis, I sometimes find I am inspired by the news of the week preceding. In this case, I’ll guess there’s no way I’d be discussing Superman this week if it hadn’t been for the Henry Cavill news. For those that don’t know, more than one outlet has reported that Cavill is in talks to reprise his role as Superman in the DCEU. If you want to catch up on that story feel free to check Manny’s coverage of it Here.

So let’s leap tall buildings in a single bound and get right into some Kal-El, shall we?

The Death of Superman

To start, I have to discuss my dislike of where the DCEU has taken Cavill’s Superman so far. Because I think the current reluctant WB seems to have to a Superman film is absolutely a result of how he has been portrayed. I know there is a lot of love for the Snyder Cut of Justice League right now, and hey I’m all for it. I don’t see a downside to the Snyder Cut. Saying that, I also have to be honest and say I do not like Snyder’s version of Superman, despite the fact I think Cavill is perfect for the role.

The aspects of Superman I haven’t cared for are all down to Snyder. The moments that wound me up in Man of Steel were the guidance and then death of Jonathan Kent. Let’s just compare this to the same events in Richard Donner’s Superman. Jonathan’s message to Clark in Man of Steel is to hide, disguise his powers and not get involved. Snyder turned the relationship on its head a little here by having Jonathan care more about protecting his son. Whereas the Jonathan from Superman didn’t want Clark to waste his abilities, as he was sure Clark was destined for greater things.

The death of Jonathan Kent is as important to Superman as Batman’s parents’ death is to him. It’s a catalyst moment that drives the hero in a specific direction. In Donner’s Superman Jonathan’s death is handled so well. He has a simple heart attack, something that Clark, with all his power, cannot fix. Clark, therefore, learns to deal with death, and the fact he WILL outlive everyone he cares about. That’s part of being a mortal human, and Clark’s empathy for Humankind is what makes him the ultimate superhero.

In Man of Steel though, Clark could have saved his dad easily. But Jonathan would rather die than have Clark reveal his secret to save him. I see where Snyder was going, it’s the same message, that Jonathan needs to protect his son. The problem with this as opposed to Donner’s Jonathan was how the guidance and subsequent death of Jonathan helped shape the hero. What helped shape Superman from Snyder’s version? It seems to be more Lois Lane that motivates Clark in Man of Steel or Batman V Superman. 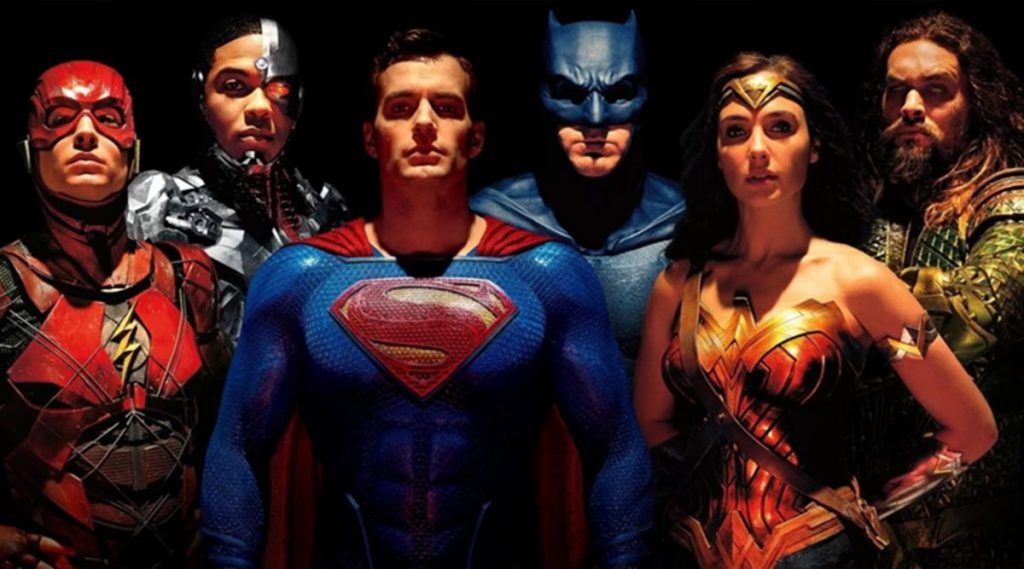 I think one of the many mistakes Snyder made was to kill Superman before his death had a real impact. What I mean is, that the world hadn’t yet begun to rely on Superman as a savior. I thought it was crazy to deal with the death and resurrection of Superman, whilst also teaming up these DC characters in their first movie.

No matter what happens with the Snyder Cut, I can’t see my opinion on Superman changing. The DCEU has moved on, but the canon will be the theatrical version of Justice League. To be honest, I like some of the subtle changes Joss Whedon made to Superman in his version of Justice League, apart from the mustache. So what exactly should DC/WB be doing with Henry Cavill’s Superman?

I’ve heard Superman likened to Hulk in the Marvel movies by journalists and fans alike. But let’s face it, Hulk is used in the MCU like this due to a rights issue. WB has no rights issues with Superman, so why only use Superman in a guest appearance type situation? We know that The Flash has been in development for years. Rumor is that The Flash will be an adaptation of the famous ‘Flashpoint’ story. That Flashpoint story usually involves Flash changing the past. The changes Flash makes create a bad alternative reality. Flash fixes the timeline, but it’s never quite the same as it was before.

Therefore, the movie I’d most likely to see Henry Cavill’s Superman show up in is The Flash. I’d be quite happy to see a darker version of Superman presented in the ‘bad timeline’ only for Flash to ‘fix’ things. This Flashpoint could easily be used to explain why BvS never happened in the ‘new’ reality. Therefore Batman could be recast with Pattinson, Hell, they could even recast Lex Luthor and have him be a very different sort of antagonist. I guess I’m saying they can delete the death and resurrection of Superman from this timeline. They could even theoretically change Clark’s memories of the guidance he received from his dad Jonathan?

The point is, that if Superman needs to be different going forward for WB, they can use The Flash as a catalyst for any changes. By the end of The Flash the world could be one that hails Superman as Earth’s greatest hero, not having went through some of the events from DCEU so far. If The Flash is used as a way to rejig the DCEU, then the obvious next step is Man of Steel 2. To take this new Superman and give him a new story that puts the focus directly on him. I’d show this version of Superman working with governments, scientists, NASA, and others to use his powers for things that will help mankind. This is an aspect of Superman that was regularly covered in the comics and had never really been a part of any movies.

Introduce a new Lex Luthor, and set him up as the antagonist. Not necessarily someone who is inherently evil, but someone who is used to their power being complete. The idea of Superman rubs him up the wrong way and slowly but surely Luthor descends into villainy. Luthor’s obsession with Superman is part of why he is such a good villain. A trait we can see in Joker and Batman as well as Venom and Spider-Man, or even Green Goblin. But setting up that kind of villain takes time.

How about a Man of Steel 2 which sees Luthor attempt to test Superman in various ways. Maybe he wants to show how Superman is not infallible to the rest of the world. However, Lex doesn’t consider the collateral damage his actions have. His failure to dent Superman’s image causes Lex to take more and more drastic choices. We really don’t need a superpowered enemy for Superman to fight yet. Give it time, let’s first see a film about how cool it would be to have someone like Superman in the world. A word dealing with the issues we have today, someone above politics and base emotions. A Messiah if you like the religious symbology in Superman.

Build the character, build a world where Earth needs Superman, and then build from there.

If WB makes a Man of Steel 2, I’m in theaters opening weekend, just like I will be for The Batman. But Wonder Woman, Aquaman, Harley Quinn, no chance. I’ll catch them on one of several streaming platforms instead. The only reason I’ll go see The Suicide Squad is because I like James Gunn. If Gunn wasn’t involved then The Suicide Squad would be a hard pass for me as well. If WB wants me to care about these characters then we need consistently good movies.

But to get me invested, to get me to actively want to see this DCEU succeed, then I need Batman and Superman to be the foundations. For me, I think Matt Reeves will nail The Batman, I hope I’m right. Now I need to see someone as talented as Reeves given the job of making a new Superman franchise. But for me, it has to be with Henry Cavill. I haven’t seen an actor I thought looked more like Superman in all my years than Cavill. Give him a fair crack at the whip. Start developing a Man of Steel franchise and get the right team on board.

What do you want to see from Superman in the DCEU going forward? Let us know in the usual spot below.

With The Snyder Cut Coming, What Cut Do you Want Next?