I can’t believe it’s already the middle of July but to every fan of entertainment they know what that means. San Diego Comic-Con is right around the corner. Starting tomorrow (and today kinda) the massive fan fest will bring around to 130,000 devoted anime, comic, movie, etc. aficionados to sunny California bringing not only more congestion to I-5 but a much needed shot of excitement. Knowing what to follow can be a chore with the many different panels that all look interesting but maybe this list will help in some regard. Animation has always been a big part of the activities during the massive event and this year is no different. Here are 5 panels that will likely rise to the top of any animation fans list to follow. 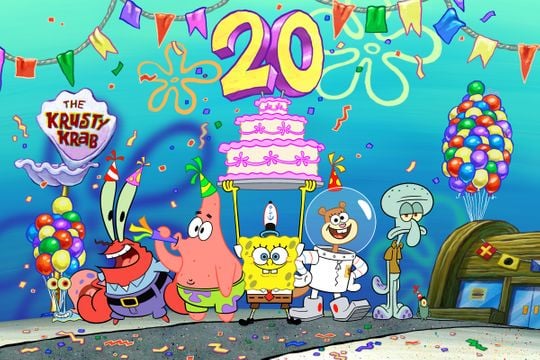 Drop on the deck and flop like a fish because it’s a celebration for 20 years of SpongeBob SquarePants! Dive deep down into the making of SpongeBob’s brand-new special “SpongeBob’s Big Birthday Blowout!” with co-executive producers Vincent Waller and Marc Ceccarelli. Voice actors Tom Kenny (SpongeBob), Bill Fagerbakke (Patrick), Rodger Bumpass (Squidward), Carolyn Lawrence (Sandy), Mr. Lawrence (Plankton), and Clancy Brown (Mr. Krabs) will discuss what it was like to portray their characters in front of the camera for the first time in this live action-animation hybrid episode. Plus, they’re covering 20 years of nautical nonsense, so be sure to bring it around town! Review: CNN’s The Movies – “The Nineties”

Happy Death Day 3 Is NOT In Development, In Spite Of Rumors