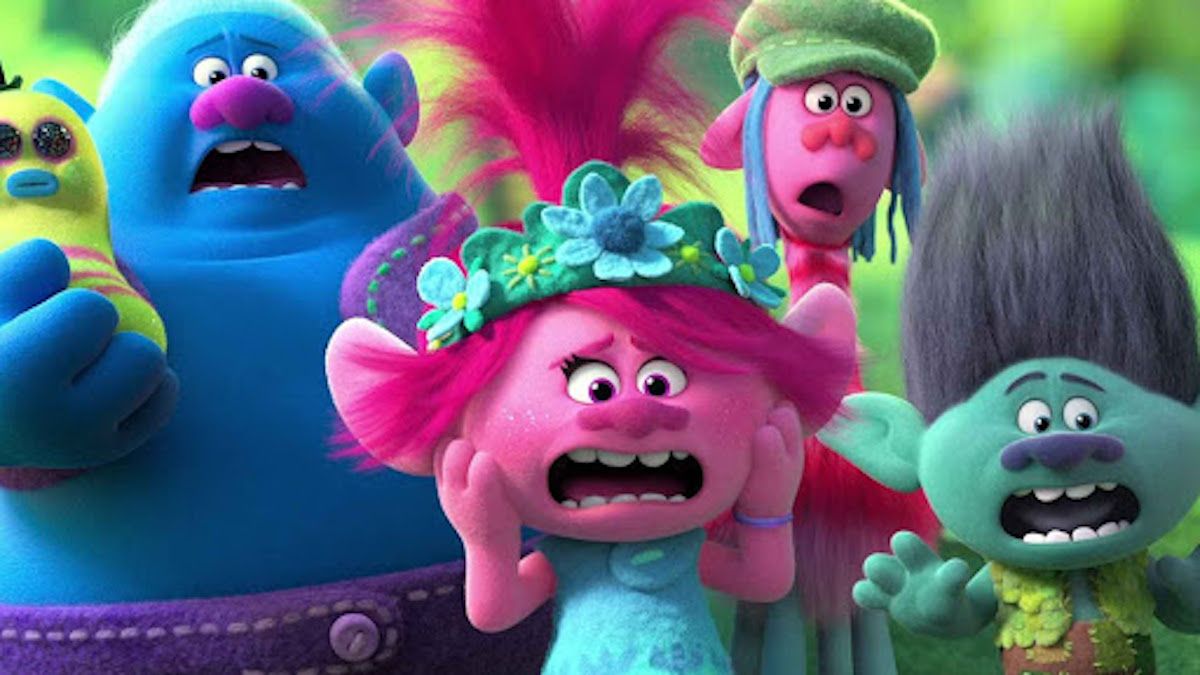 Earlier today we got the numbers for Universal’s Trolls World Tour. This sequel to 2016’s Trolls was supposed to be released in theaters. But since theaters were closed, it was released on VOD instead. NBCUniversal was very happy with an estimated $100 million in premium VOD rentals. The first film grossed $116 in the first three weeks in theaters. In revealing these numbers NBCUniversal CEO Jeff Shell made some comments about the possible future of some of their films. These rubbed AMC Theaters the wrong way.

In response to the possibility of future VOD releases from NBCUniversal, AMC Theaters announced that they would no longer play any of the studio’s films. The announcement was made in a strongly worded letter to Universal Filmed Entertainment Group chairman Donna Langley. It was written by AMC Theaters chair-CEO Adam Aron who said that the comments were unacceptable.

ALSO SEE: THE FUTURE IS NOW: TROLLS WORLD TOUR DID WAY BETTER ON VOD THAN THE FIRST FILM DID IN THEATERS

“It is disappointing to us, but Jeff’s comments as to Universal’s unilateral actions and intentions have left us with no choice. Therefore, effectively immediately AMC will no longer play any Universal movies in any of our theaters in the United States, Europe or the Middle East,” Aron wrote.

“This policy affects any and all Universal movies per se, goes into effect today and as our theaters reopen, and is not some hollow or ill-considered threat,” he continued. “Incidentally, this policy is not aimed solely at Universal out of pique or to be punitive in any way, it also extends to any movie maker who unilaterally abandons current windowing practices absent good faith negotiations between us, so that they as a distributor and we as exhibitor both benefit and neither are hurt from such changes. Currently, with the press comment today, Universal is the only studio contemplating a wholesale change to the status quo. Hence, this immediate communication in response.”

NBCUniversal was able to still make money on their film without the need for movie theaters. Meanwhile, even before our current situation, AMC had a debt load they were dealing with. All their locations were closed mid-March. Recently it’s been predicted that the circuit would be forced to file for Chapter 11 bankruptcy. So this comes off sounding a little like sour grapes.

Just as quickly as AMC Theaters released their statement, NBCUniversal responded via The Hollywood Reporter.

“We absolutely believe in the theatrical experience and have made no statement to the contrary. As we stated earlier, going forward, we expect to release future films directly to theaters, as well as on PVOD when that distribution outlet makes sense. We look forward to having additional private conversations with our exhibition partners but are disappointed by this seemingly coordinated attempt from AMC and NATO to confuse our position and our actions,” Universal said.

“Our goal in releasing Trolls: World Tour on PVOD was to deliver entertainment to people who are sheltering at home, while movie theatres and other forms of outside entertainment are unavailable. Based on the enthusiastic response to the film, we believe we made the right move.”

What are they supposed to do? Sit on it along with their other films until they can finally release it in theaters? Trolls World Tour provided a low-risk property that they could try and make some money on while theaters are closed. But with its success, it makes sense for theater chains like AMC Theaters to be scared. Kids may not care if they see their favorite animated characters at home or in theaters. For parents, I am sure they would just rather pay for the film rather than tickets, drinks, and snacks. In may work better financially for both audiences and studios alike, leaving theaters out in the cold.

I rolled my eyes at the letter from AMC. I highly doubt that a struggling company would not feature Universal films. For example: The Fast and the Furious, Jurassic Park, and James Bond. I am very interested to see the numbers for SCOOB! from Warner Bros. when it is released. There are still many blockbusters that will always be featured first in theaters. But some have the potential of doing well without it. Could we be seeing the beginning of a change in the movie business? Let us know your thoughts in the comment section below!

Taikia Waiti Is Feeling Positive About The Thor: Love And Thunder Delay