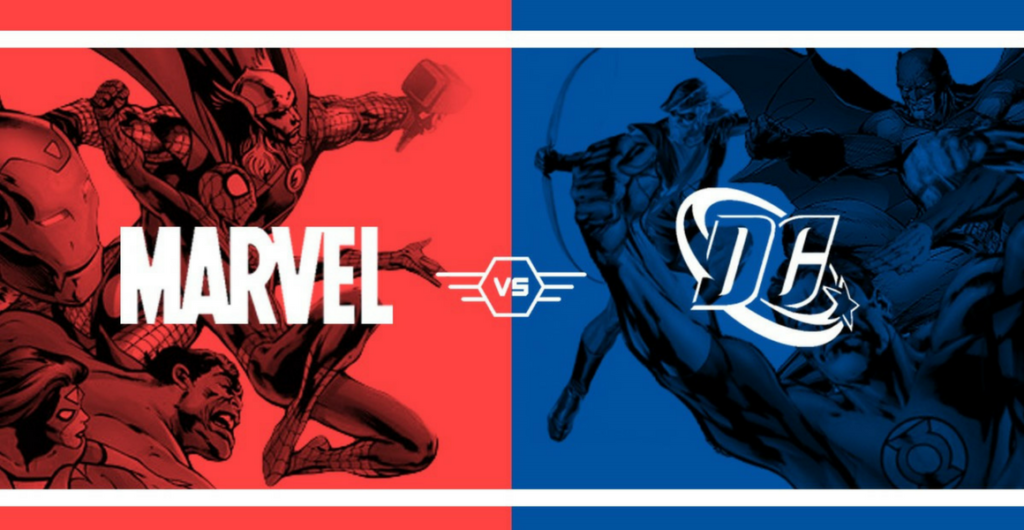 Last week we took a look at Deathstroke vs. Deadpool and Darkseid vs. Thanos. The Twitter poll was really close with 54% saying the two brands use each other as inspiration while 46% claimed that they rip each other off.  Of course, there is always a large gray area.  Plus, is there anything wrong with keeping up with the Joneses?  If it looks to be successful for one brand, then why not the other?  Or, is it a lack of creativity?

One brand sees a successful character and hopes for the same with a similar character. If we look at the DC/Marvel films, many claim that DC tried to copy Marvel’s success, or were they inspired by it?  Today we are going to take a look at Namor/Aquaman and Justice League/Avengers to see why they were created in the first place, then you can decide.  Were they inspirations, or rip-offs? 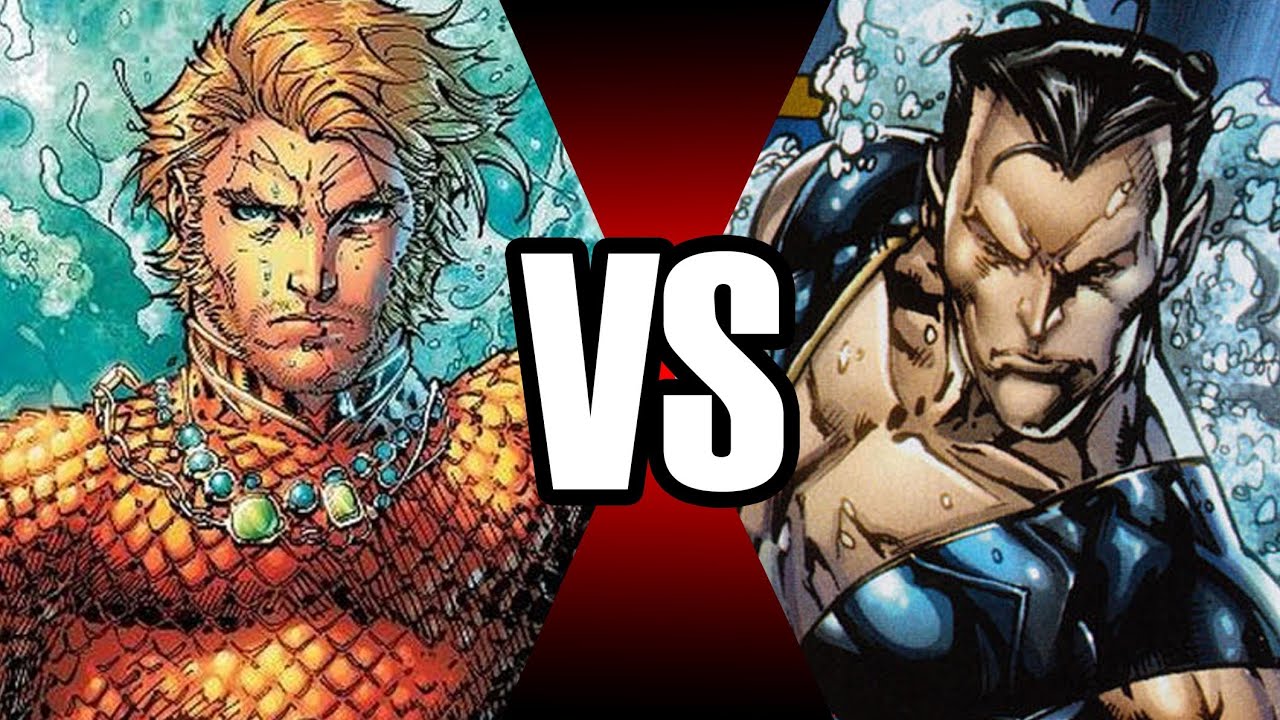 Here are one of the few instances where Marvel released a character prior to DC.

Namor: The Sub-Mariner first appeared in Motion Picture Funnies Weekly in April 1939. Namor McKenzie has the abilities of aquatic adaptation, superhuman strength, speed, agility, senses and reflexes, mild invulnerability, flight via tiny wings on his ankles, telepathic control over sea creatures, longevity, and hydrokinesis. While Aquaman has always aligned himself with the likes of The Justice League, Namor began as a villain/anti-hero of the United States, and has found allies in both the hero, and villain characters of the Marvel Universe.

The Hollywood Reporter highlighted the character in an article where they shared that when Bill Everett created Namor in 1939, it was actually the first comic published by the company that would become Marvel Entertainment. Namor was also extremely unique for the time as he was one of the first anti-heroes/villains created at one time being against land-dwellers. According to Decades: Marvel In The 1940s, Namor was created as a nemesis for the original Human Torch.  The company wanted fire vs. water characters to go head-to-head. Namor began his plan to take out the land-dwellers beginning in New York in Marvel Mystery Comics #7 and the two met in Marvel Mystery Comics #8.  This lead to a three-part story eventually culminating in Human Torch Comics #8 where the two became unlikely allies to help thwart the possible outcome of World War II.

While Namor had initial success, he may not be as well-known as Aquaman because he was used as a catalyst for many other well-known characters such as the Fantastic Four and Captain America. In 1964’s Avengers No. 4., Namor is seen as the one responsible for the discovery of the frozen Captain America in the comic.

Aquaman: The King of Atlantis was created by Mort Weisinger and Paul Norris and first appeared in More Fun Comics #73 in November 1941. Arthur Curry has the abilities of aquatic physiology, superhuman strength, speed, endurance, agility, durability, reflexes, and senses, marine telepathic control of all aquatic life, able to speak and understand any language on earth, utilizes the Trident of Poseidon, underwater adaption / super-fast swimming, accelerated healing, and hydrokinesis. Aquaman has gone through different interpretations as he was once the laughing stock of the DC Universe, but comics in the early ’90s, and the more recent Jason Momoa Aquaman, set out to change those views which resulted in a box-office success for DC.

The San Diego Tribune wrote an article about co-creator Paul Norris in 2007 after his passing.  The paper focused on his career and why he created the character of Aquaman, and the response was that he was asked to create a superhero who lived in the sea.

In the 1940s, many of the superheroes were confined to a specific city where Aquaman was seen traveling the world by means of the sea.  It was also a response (like many characters of the time including Namor) to World War II. His initial enemies usually consisted of Nazis or other Axis Powers enemies due to the time of its release.  Of course, Aquaman has seen numerous changes throughout the decades.

Much like the Deathstroke/Deadpool comparison, in the modern era, these two characters had similar followings until a spike in Aquaman exposure due to cartoons, video games, animated films, and the recent 2018 film, which can be seen in the Google Trends chart showing the past five years. Also, in January of 2019, Aquaman comics distributed an estimated 26, 416. Marvel, on the other hand, has had consistency issues with Namor.  While he has appeared in comics such as X-Men: Red, he has mainly been reduced to cameo appearances. 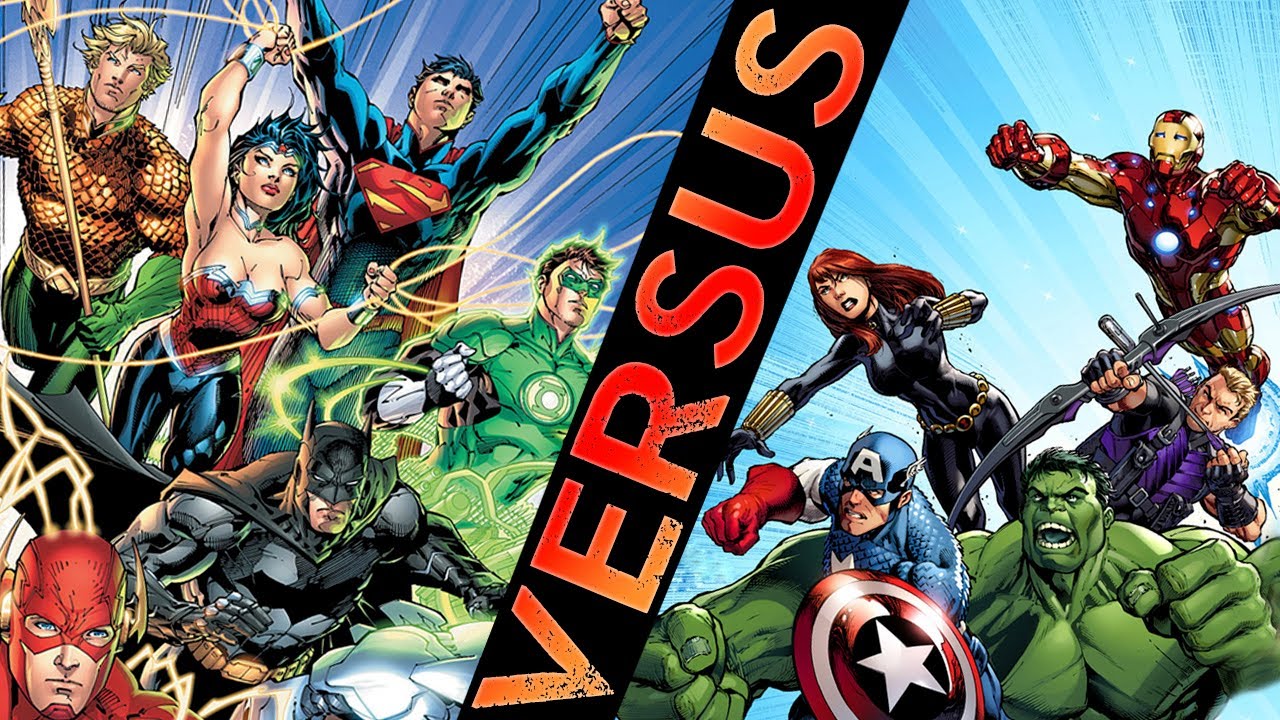 Alright, time for the big one!  It only makes sense that each brand would take their major characters and team them up, but let’s take a look at some more of the similarities.

The Justice League: Even though their first appearance was in March of 1960, they received their own title in November of 1960. This group consisted of the founding leaders including: Superman, Batman, Wonder Woman, The Flash, Green Lantern, Aquaman, and Martian Manhunter, but others notable characters joined the team once they received their own line (Green Arrow, Hawkman, Atom, etc.). The team originally formed in order to protect the earth from alien invaders coming to conquer the world.

The Justice League was inspired by their predecessors The Justice Society of America who made their first appearance in All-Star Comics #3 in 1940. They were created by Sheldon Mayer and comic book legend Gardner Fox.  As the Golden Age came to a close, the Silver Age was a huge revival for superheros and Mayer and Fox were again entrusted to revive what they had done in the Golden Age which brought the creation of the Justice League. Fox changed Society to League from inspiration of sports programs at the time and also decided that the characters needed to change. The team-ups were a hit as people loved seeing their favorite heroes come together to take down a foe that they could not manage on their own.

Avengers: The team originally consisted of Iron Man, Thor, Ant-Man, Wasp, and Hulk, and attempted to thwart Loki of his plans.  Obviously, as time progressed numerous other characters came and went into the team.  Interestingly enough, Stan Lee mentioned a conversation he had with Martin Goodman in Origins of Marvel Comics regarding the Avengers:

As interesting as it may be, according to American Comic Book Chronicles The 1960s (by John Wells and published by TwoMorrows Publishing) Fantastic Four was actually Marvel’s initial answer to DC’s Justice League as they debuted in The Fantastic Four #1 in November of 1961, while the Justice League debuted in The Brave and the Bold #28 in March of 1960. But coming off of DC’s success with the concept, Marvel followed suit in the release of the Avengers in The Avengers #1 in September of 1963. A main difference was that Justice League worked predominantly outside (many would say above) the law while the Avengers had a connection with the U.S. government.

In a comparison of current comic sales, Justice League released 60,326 units in January of 2019 and Avengers released 52, 427 units which is interesting because a five-year comparison from Google Trends regarding the titles can be seen below. While there is some initial ebb and flow, Avengers exposure has accumulated more mainstream interest even though the Justice League comics seem to be releasing more units.

What other DC/Marvel characters would you like to see compared?

So what do you think? Where is the line between inspiration and ripoffs?  Is there one? What other charters would you like to see dissected in order to look at if they were inspired by each other, or copied? You can take the Twitter poll, or add characters in the comments section.  Leave your thoughts in the usual spot, and thanks for reading!

(Special shout out to my dad for having all of the DC and Marvel archives that have been used for most of the research.)