Bautista Wishes Thanos’ Death Would Have Come From Drax Dave Bautista is a Marvel man through his roles in Guardians of the Galaxy and Avengers films. While he is not jumping ship he is however working with former DC director Zack Snyder. The film Army of the Dead is being met with great anticipation. It’s make up includes quite the strong international cast as well! While taking a break from killing zombies on the set of the film, Bautista provides an interview with outlet JoBlo. While numerous aspects are in the interview, Bautista does reveal that he wishes Thanos’ death would have been at the hands of Drax the Destroyer.

Let’s be real, who wouldn’t want Thanos’ death to come from them? I am sure every character wants that. However, in the comics Thanos’ death is by Drax. The character receives the ultimate redemption for Thanos having his family killed. This clearly does not happen in Avengers: Endgame. 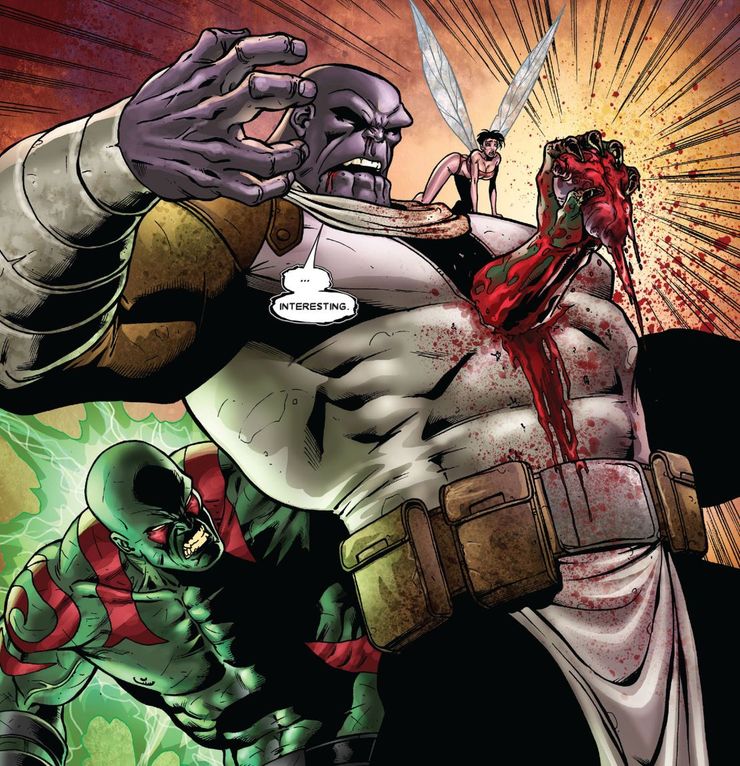 But Bautista speaks on the idea when a question regarding his disappointment that Thanos’ death does not come from Drax in the film:

“Yeah, I think everybody was. I said in interviews somewhere where that I wish Drax would’ve killed Thanos and I got all these people saying, ‘That doesn’t even make sense! How could you say that? Drax doesn’t deserve to get to kill Thanos!’ And I said it because there’s not a character in the Marvel Universe that doesn’t want to kill Thanos.”

“So yeah, a little disappointed, cause I kinda take that whole storyline very personal. But, I think every character wanted to get their hands on Thanos. I have to say on the record that I love Josh Brolin [Thanos] to death. He’s actually one of my favorite people and by far one of my favorite actors.”

I know there are a good number of moving parts in the film. While I like the death Thanos receives in the film, it is cool to speculate what it could have been like coming from Drax. He needs his revenge! What do you think? Would have liked to have seen Thanos’ death come by Drax the Destroyer? Leave your thoughts in the usual spot, and thanks for reading!