Jace and Manny along with Rocky from the COMIC BOOM! YouTube channel finish off their picks for the Best Comics of 2020. In this second part they focus on the creators behind some of the best books. They talk about writers who they felt made an impact and artists as well. When it comes to cover artists, that, oh so important part of a comic which can grab a potential reader’s attention, their are some familiar names, but some new ones as well. We cover new talent, some of the highs and lows of the Comic Industry in 2020 and what we are looking forward to in 2021.

Rocky – Stephanie Phillips – Artemis & the Assassin, A Man Among Ye

Manny – A Man Among Ye

Most Anticipated Moment or Upcoming Series of 2021 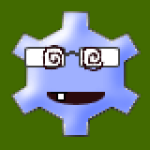