Every Last One Of Them Delivers An Action Packed Trailer Every Last One of Them from Saban Films has released its first poster and trailer. How dangerous would an ex-Black Ops soldier be if he was desperate to find his daughter? But what happens when in looking for her, he crosses paths with a dark organization that will do anything to stay in power? In this action-thriller, we will no doubt see the result of this confirmation. Check out the trailer below!

As you can see by the trailer above this should be a fast-paced action film that will be very entertaining. A man looking for his daughter will run into very dangerous men. As well as a daughter that may not be conscious anymore of what she is doing. But of course, as a father, Jake Hunter, will do anything to get his daughter back and out of that situation. 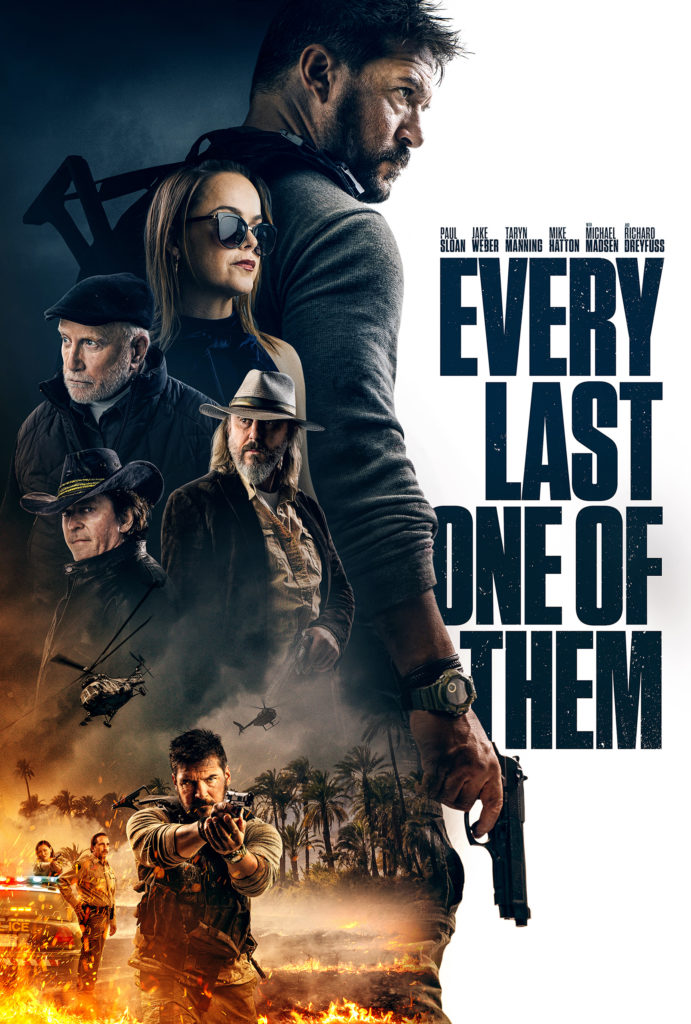 Here is the synopsis for Every Last One of Them

Ex-Black Ops soldier Jake Hunter is desperate to find his missing daughter. As Jake uncovers the terrifying truth surrounding her disappearance, he goes on a merciless quest for revenge, bringing those responsible to justice in this gripping thriller.

This film is directed by Christian Sesma. He also is a writer on the film along with Alistair Cave, Matthew Thomas Edwards, and Chee Keong Cheung. It stars Paul Sloan, Jake Weber, Taryn Manning, Mike Hatton, Michael Madsen, and Richard Dreyfuss.

This looks like it’s going to deliver quite a few action sequences, which should be fun. Looks like a lot of other action flicks, it will be interesting to see what makes it stand out from the others. What do you think of the trailer for Every Last One of Them? Let us know in the comment section below!

Saban Films’ Every Last One of Them will hit theaters, On Demand, and Digital on October 22nd, 2021.

Tags: Every Last One Of Them Saban Films Trailer

The Summer Of Cena Continues With Hulu’s Vacation Friends