When most of us seen Drogon fly in after Jon Snow stabbed Daenerys Targaryen, most of us thought that Drogon knew exactly what happened and also realized that while Jon stabbed her, it was her obsession with the Iron Throne and ruling Westeros that actually killed her.

As it turns out, that wasn’t the case at all, it appears that the Iron Throne simply happened to be in the way of Drogon’s wrath, and not a specific target of the dragon’s. At least that’s what the script says below. You can check it out for yourselves from the script for the show, which was released on the Emmys website. 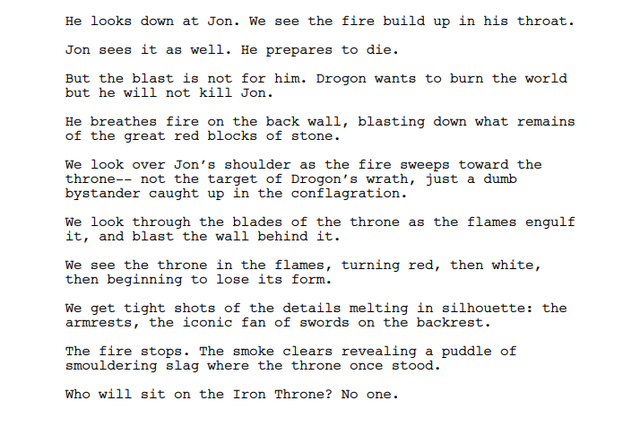 ALSO SEE: Game Of Thrones: What Season 8 Got Right And What It Got Wrong

Regardless of what the script says, I will always think of it as Drogon knew exactly what he was doing, and so will most everyone I know that watches the show. Dragons have a history of fantasy of being smarter than the average creature and frankly I just like the idea that Drogon knew much better. It also better explains why he chose not to kill Jon.

I guess this is the idea they’re going with… 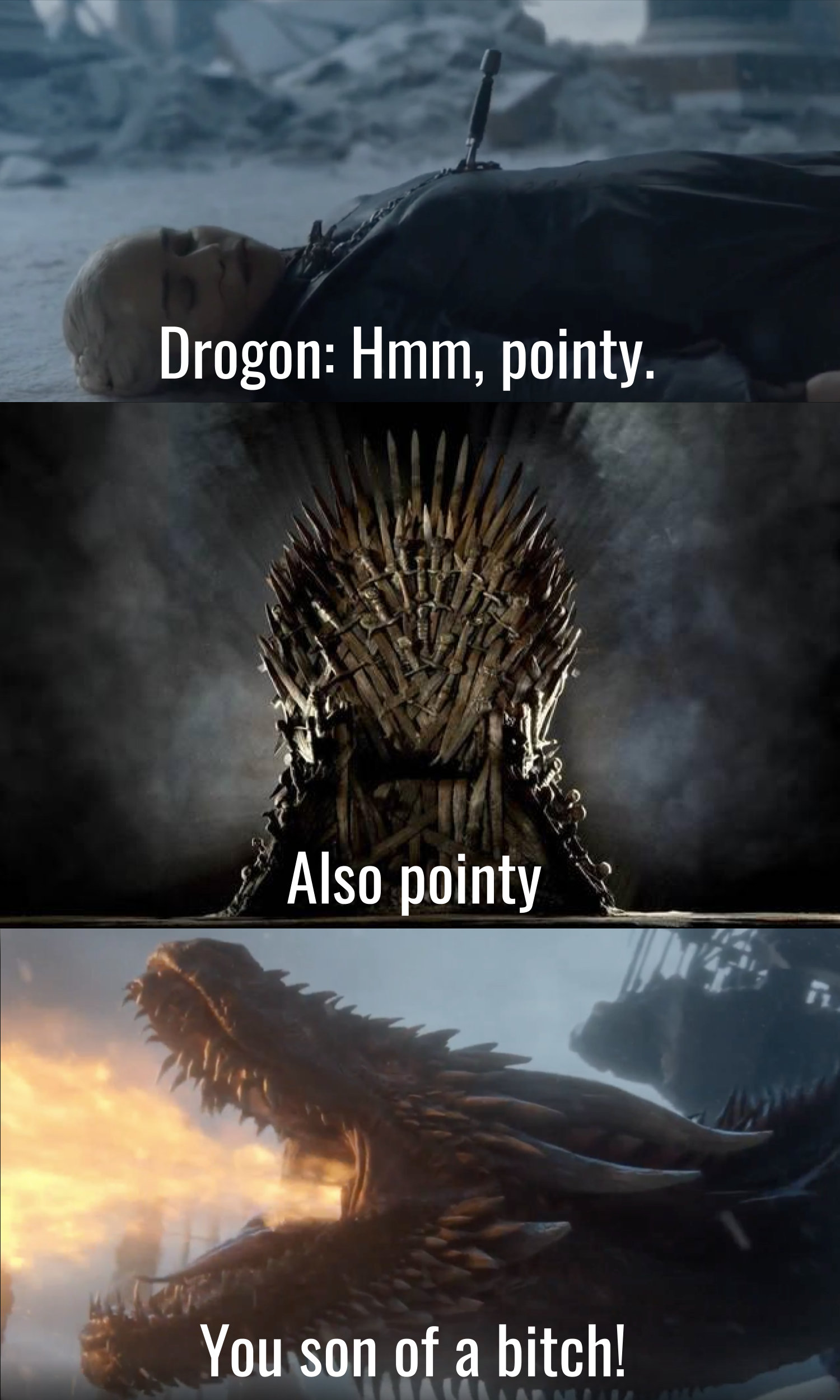