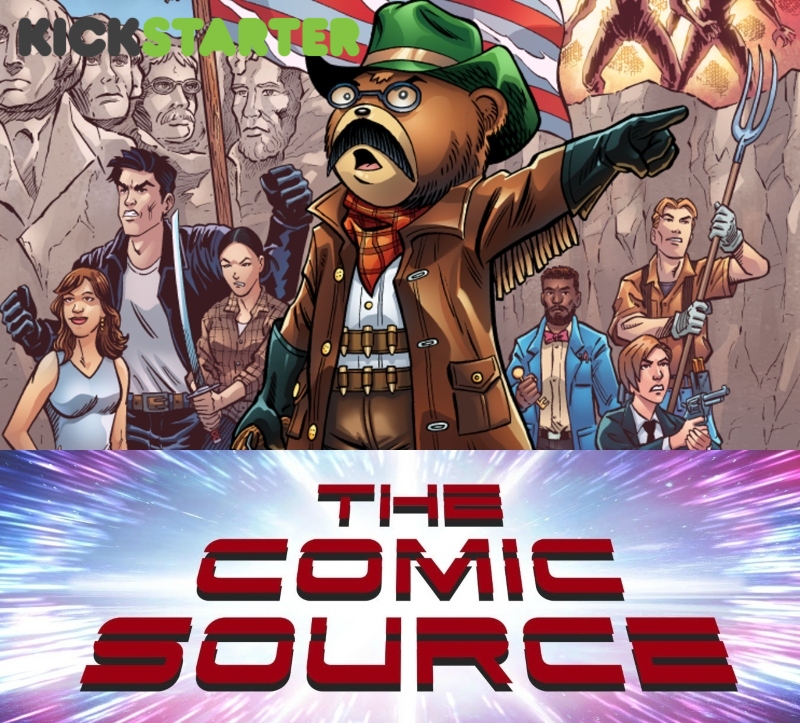 In Teddy We Trust – Kickstarter Wednesday

Check out he Kickstarter HERE

Jace chats with writer T.E. Marshall about his current Kickstarter campaign for In Teddy We Trust.  What happens when an evil demon legion returns? You turn to the man who defeated them the first time, even if that man is a teddy bear. Even if that man is the resurrected Theodore Roosevelt in the body of a robotic teddy bear. Learn more about the story and the campaign from the creator of this awesome upcoming title.

From the Kickstarter page :

IN TEDDY WE TRUST is an original comic book series created by writer T.E. Marshall and drawn by artist Luis Rivera. Presented as a high-res PDF or as a deluxe format single issue saddle-stitched comic, the “Inaugural Issue” of this action-horror-comedy series is set within a world reeling from a surprise demon attack.

In 1919 former US President Theodore Roosevelt took his last breath, but that was not the last we’d hear of him. Having encountered the demon horde Legion in his youth, Theodore spent much of his presidency establishing an order against evil that would ensure he’d be resurrected if the world needed him again.

Set in 2021, follow Theodore Roosevelt after he’s brought back in the body of a robotic Teddy Bear to save Earth from a demonic invasion. Joining Theodore Roosevelt Bear on his action-packed quest are secret-service agent Daisy Washington and White House gardener Duke Rose, in a tale that will make you contemplate whether or not you’d drink demon blood to gain super powers.

Get ready as action, comedy, and horror combine like never before! See what happens when mankind is forced to work together. Witness a tribute to one of America’s great leaders! May we once again say, IN TEDDY WE TRUST.

No, Halo Infinite Has Not Been Pushed To 2022, Nor From The Xbox One