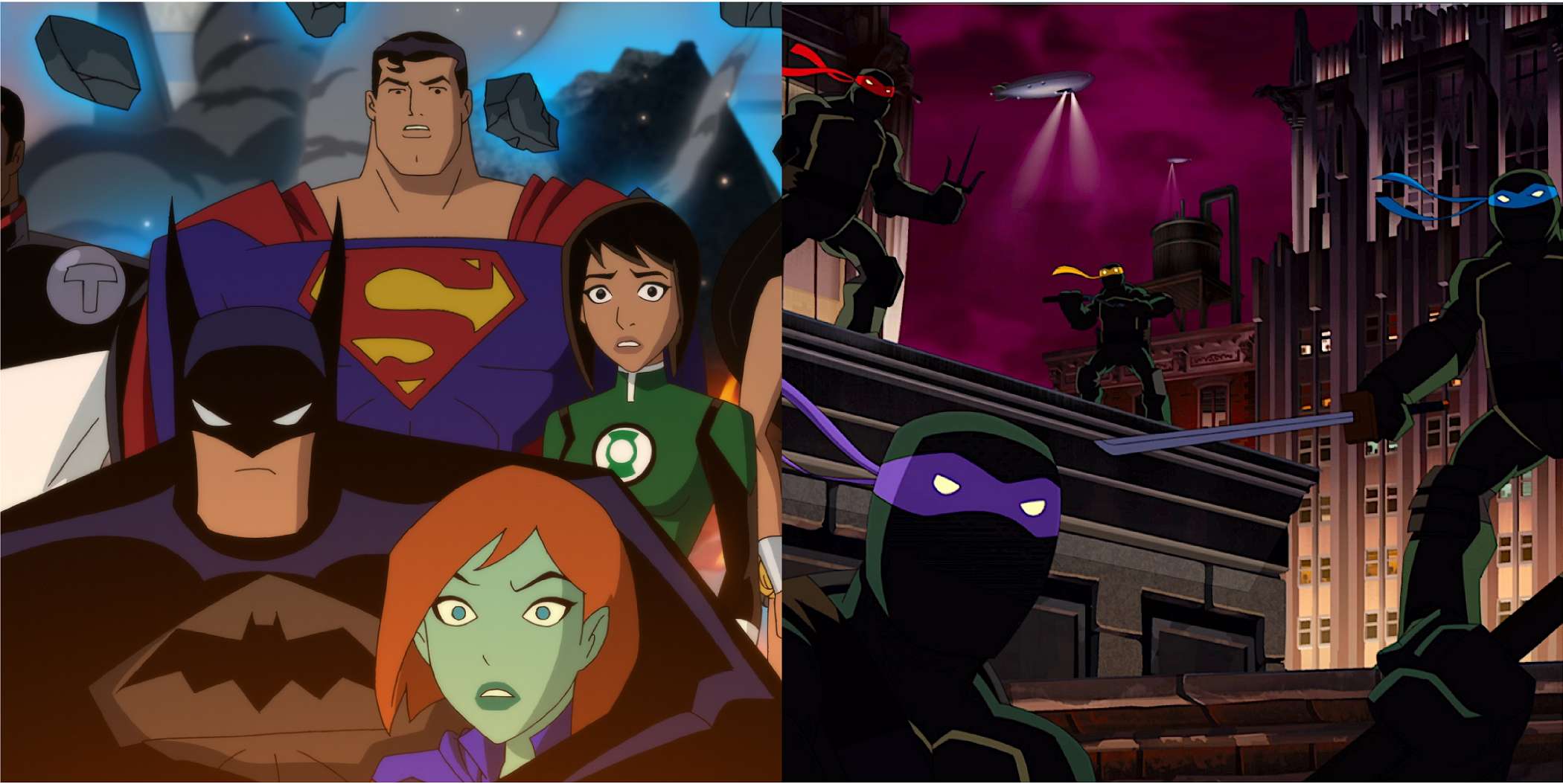 It is very common to see Warner Bros. Home Entertainment every year host world premiere for one or two of their animated projects at WonderCon in Anaheim, CA. This year is no different as it will be bringing two of it’s upcoming animated films Justice League Vs. The Fatal Five and Batman vs. Teenage Mutant Ninja Turtles both in the Arena at the Anaheim Convention Center.

On Friday night, we will have the World Premiere of Justice League vs. The Fatal Five. Here is a summary of the film provided by Warner Bros. Home Entertainment:

The all-new animated film finds the Earth’s future hanging in the balance when the Justice League faces a powerful new threat – the Fatal Five. Superman, Batman and Wonder Woman seek answers as the time-traveling trio of Mano, Persuader and Tharok terrorize Metropolis in search of budding Green Lantern, Jessica Cruz – whom they need in order to free remaining Fatal Five members Emerald Empress and Validus in order to carry out their sinister plan. But the Justice League discover an ally from another time in the peculiar Star Boy – brimming with volatile power, could he be the key to thwarting the Fatal Five? An epic battle against ultimate evil awaits!

Here is a clip provided by Warner Bros. of the Justice League coming together:

The panel will be led by Elyes Gabel, who voices Thomas Kallor aka Starboy. Joining him will be Kevin Conroy, Susan Eisenberg and George Newbern. If this trio sounds familiar it is because they are all reprising their roles as DC’s trinity Batman, Wonder Woman and Superman. Also on the panel will be Sumalee Montano, voice of Emerald Empress, Philip Anthony Rodriguez, voice of Mano and Daniela Bobadilla, voice of Miss Martian, as well as producer and director Sam Liu, screenwriters Eric Carrasco and Jim Krieg and last but certainly not least Bruce Timm. Along with the premiere of the film there will also be a panel discussion with the voice cast members and filmmakers.

On Sunday afternoon, we will be treated with the world premiere of Batman vs. Teenage Mutant Ninja Turtles. This film is inspired by the comic book series written by James Tynion IV and Freddie Williams II titled Batman/Teenage Mutant Ninja Turtles published by DC Comics and IDW Publishing based on the characters from DC and Nickelodeon. The post screening panel will include Troy Baker, voice of Batman and the Joker, Baron Vaughn, as Donatello, Eric Bauza, as Robin and Andrew Kishino as Shredder. Joining them will be director Jake Castorena, screenwriter Marly Halpern-Graser and producer Ben Jones.

Are you excited to see these two animated films? Let us know in the comment section below!

Be sure to keep in touch with us at LRMOnline as we bring you news from WonderCon including coverage of both of these films mentioned above!