Christmas is one of the most depressing holidays. For a divorced father in Like the Ones I Used to Know (Les Grandes Claques) short film, holiday happiness is more out of reach for a parent picking up his children who want to stay behind at a Christmas party with their mother.

December 24, 1983, 10:50 p.m.: Julie and her cousins ate too much sugar, Santa Claus is late and Denis, alone in his car, is anxious at the idea of setting foot in his ex-in-laws house to pick up his children. Like the Ones I used to Know (Les Grandes Claques) is an early coming-of-age that is as squeaky as it is poetic.

LRM Online’s Gig Patta spoke with director Annie St-Pierre on her short film Like the Ones I Used to Know (Les Grandes Claques). We discussed creating a 1980s period piece, working with children, and the reality of divorced children and Santa Claus.

Annie St-Pierre directed numerous films, including the documentary Migration Amoureuse and Fermieres (All that we make). She is the co-producer of the films Wilcox, Social Hygiene, and now in production of Le plein potential (Your Higher Self), a documentary on the universe of life coaches around the world

Like the Ones I Used to Know (Les Grandes Claques) made its premiere at the 2020 Sundance Film Festival. Since then, it was shown in more than fifty international festivals where it won 15 awards, including the Oscar-qualifying award at Heartland Film, Indy Shorts International Film Festival, and Best Direction at SXSW.

The film has been shortlisted in the 2022 Academy Award in the Live-Action Short Film category.

Watch the exclusive interview with director Annie St-Pierre below. Let us know what you think of the interview. 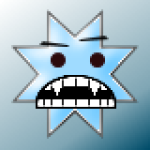 Tags: Annie St-Pierre Les Grandes Claques Like The Ones I Used to Know
Read Previous