Peaky Blinders: Could The Casting Of Stephen Graham Be What Fans Are Hoping For? Last week I wrote an article on the direction Peaky Blinders can be heading. One of the topics is about the use of gangs from America. I originally state that I did not think Al Capone would be a focus due to a previous statement from writer Steven Knight. However, wouldn’t you know that the next day there is some casting news that possibly changes that idea. The reason? The casting news of Stephen Graham. 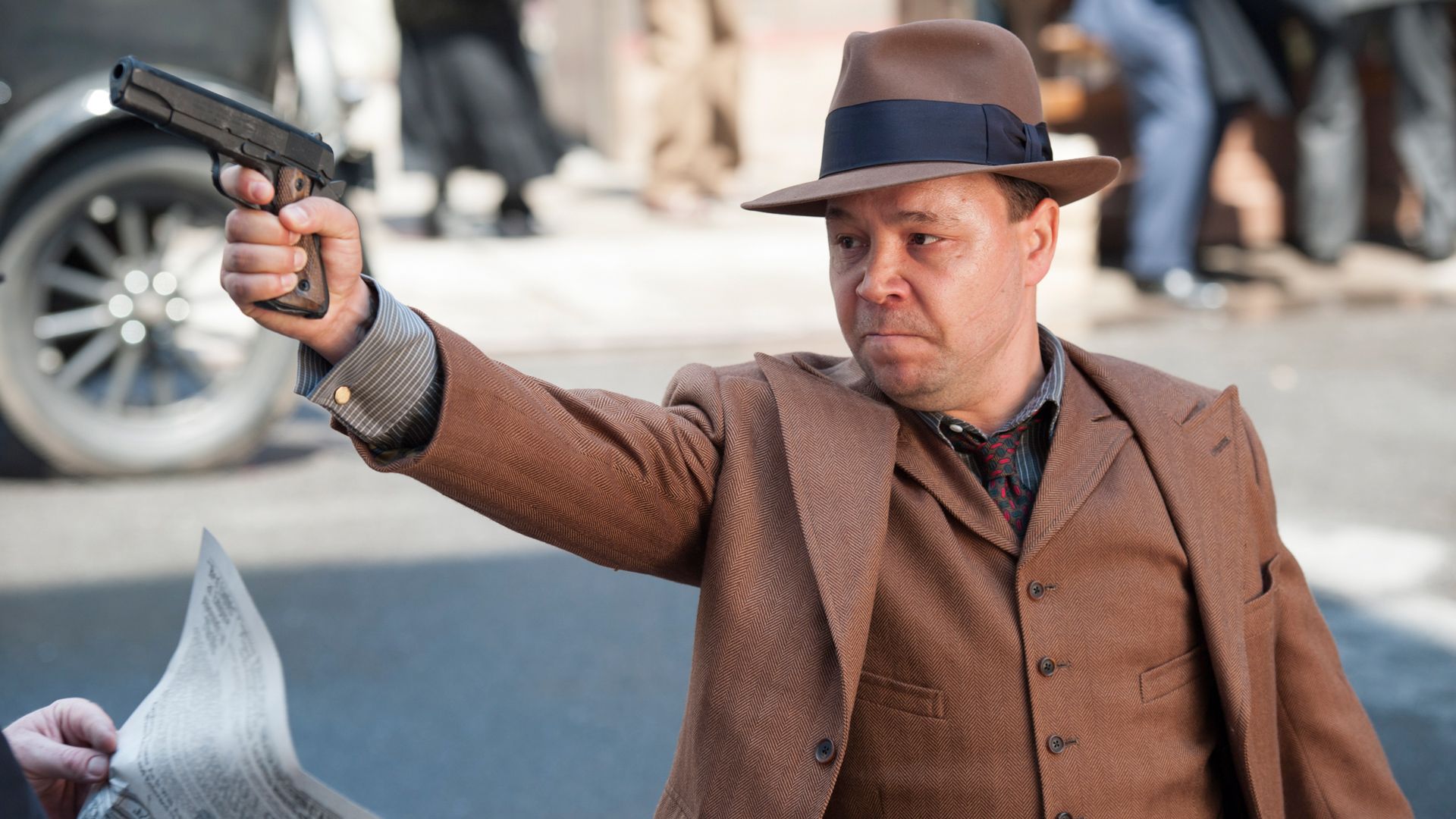 Boardwalk Empire is a series on HBO. It premiers in September of 2010 and ends in October of 2014 after five seasons. The series earns great recognition winning 20 Primetime Emmy awards and being nominated for 57. It takes place in Atlantic City, NJ at the beginning of Prohibition. The series takes its stories from the book titled Boardwalk Empire: The Birth, High Times, and Corruption of Atlantic City. The series centers around Nucky Thompson played by the wonderful Steve Buscemi. Nucky is a political figure who joins with the mafia in NY and Chicago for bootlegging liquor into Atlantic City.

The series progresses through the mob scene over the years. Another primary standout is the Chicago Outfit’s boss, Al Capone played by Stephen Graham. Season 5 jumps seven years from Season 4 and concludes with Capone about to be arrested for tax-evasion in 1931. 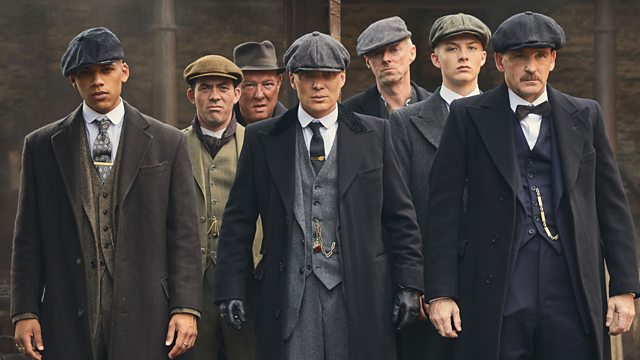 So here is where it gets interesting. This could be a bit of a long-shot. However, the stars could be aligning. Back in 2017 there had already been speculation for Stephen Graham to possibly portray Capone in Peaky Blinders due to the major name drop at the end of Season 4. This speculation only increased when Graham liked the following tweet:

If they want to make it awesome then cast the magnificent @StephenGraham73 who played Al Capone in Boardwalk Empire for some real cross programme continuity!

Water appears to be poured on this fire of speculation when Knight expresses, “Stephen Graham. Don’t worry… we’re proceeding with that, but not for this series [five]. Not Al Capone – I didn’t want to go west. Because it’s a minefield once you go into Chicago gangsters. I refer to him last series, but I didn’t want to go into that.”

In the last article I suggest how disappointing this is. But, could this be a red herring? Knight’s quote came in April of 2020. We all know that Stephen Graham was not cast in Season 5. However, could this now change for Season 6 with Graham now officially cast?

Knight suggests that he does not want to go west due to the depth of story and connected individuals he would not have time to delve into. How can that be taken care of? A shared universe! Cast Graham in the role of the established Capone from Boardwalk Empire! This way the backstory is taken care of. If fans want to know more of the Chicago and NY gangsters all they have to do is check out Boardwalk Empire! Not only does Knight not have to go into the backstories, but it brings fresh eyes and exposure to the former award winning show. All legalities aside, it’s a win-win situation! Although if this is to happen…

The Time Jump Is Key!

We know that Season 6 of Peaky Blinders will initially begin where Season 5 left off. However, there will also be a time jump. Knight reveals, “In series six, we’ll be looking at 1934 and things are worse. The drum beat is getting louder, tensions are worse and Tommy is right in the middle of all that. Again, it will be an exploration of what was going on in the ’30s and how certain things transpired.”

Boardwalk Empire ends in 1931 when Capone is about to be found guilty of tax evasion. History tells us that his living conditions while in prison are quite pleasant. Interestingly enough, Capone is then has a transfer to Alcatraz in 1934. While in The Rock, Capone’s power and influence is drastically reduced. Could Gina’s family possibly be moving in on Capone’s turf during 1934 due to these changes? Maybe he and Tommy revisit their connection to take down Gina’s family and Tommy brings some of the drug distribution to Capone since Prohibition ended. 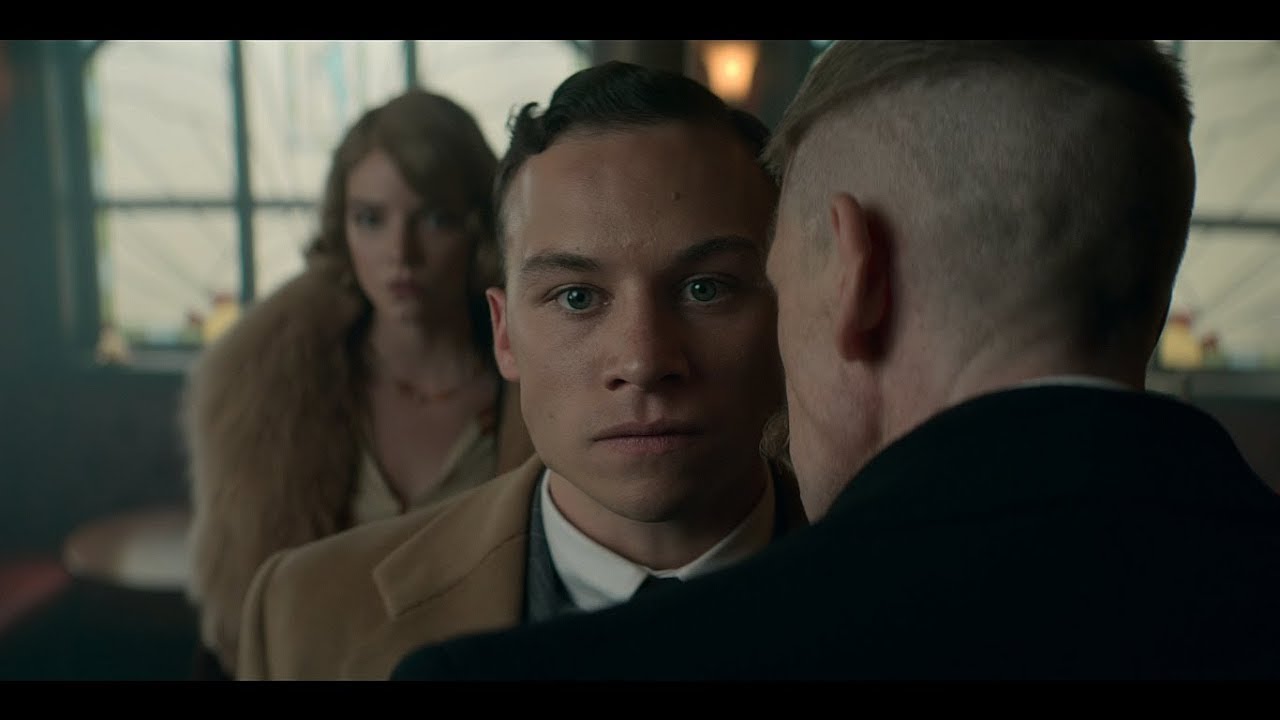 Even though he has health issues, Capone is eventually released from prison in 1939. Tommy and Capone’s mutual working relationship against the Changretta’s could expand to take down Gina’s family. After all, “Big f**** small” as our dear friend Alfie puts it.

ALSO SEE: Where Will Peaky Blinders Go From Here?

Again, this could all be for nothing. Stephen Graham could be a completely different character. However, there appear to be so many possibly coincidences. Do you think Graham will play Capone, or is it too good to be true? At least the speculation is fine while we wait! What are your thoughts? Leave them in the usual spot, and thanks for reading!

Agents Of SHIELD No Longer Canon In The MCU