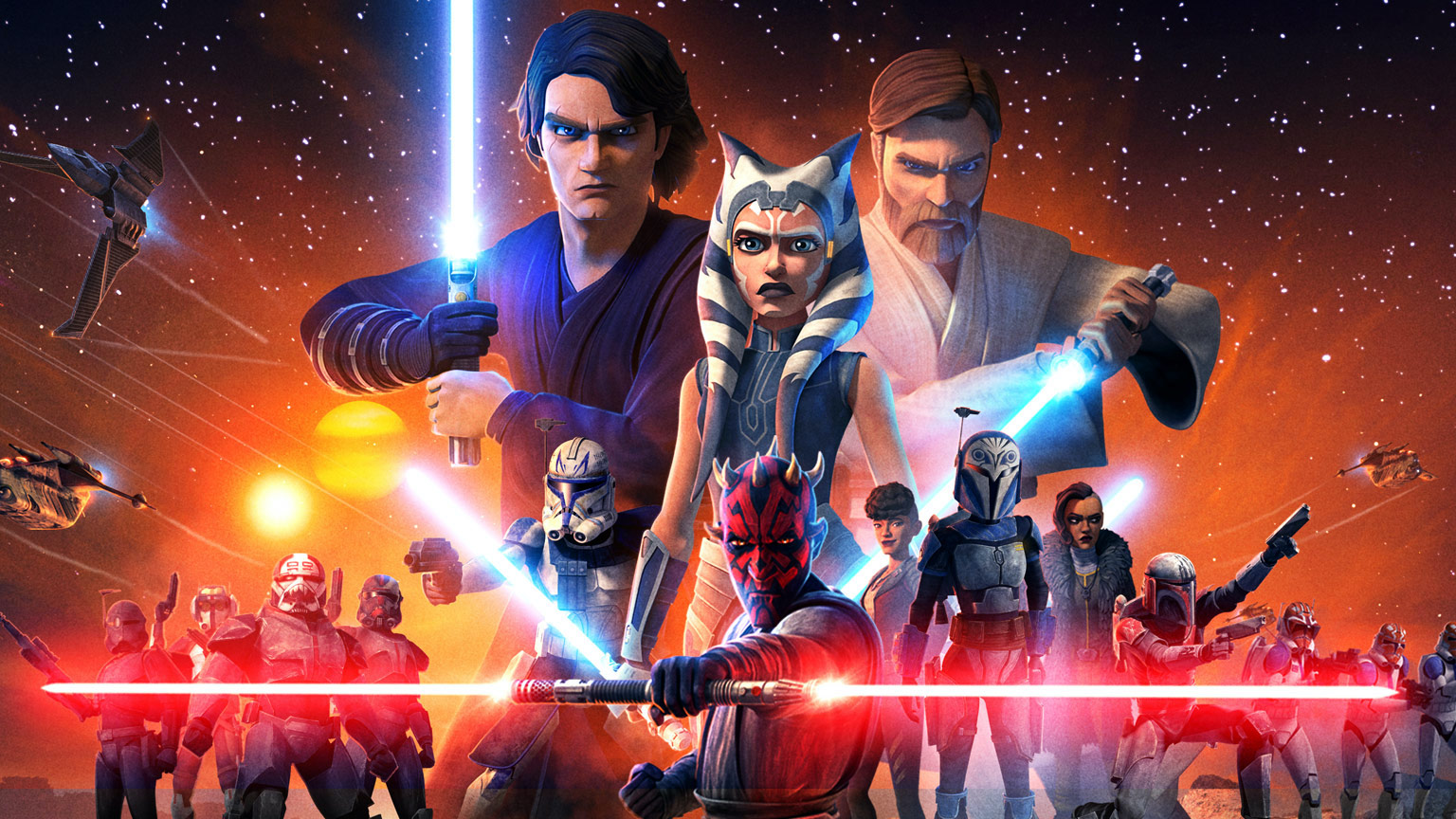 Today, one thing became all too clear to me: I need to watch those Star Wars animated shows. I know. I’m a Star Wars fan and I haven’t found it in me to actually sit down and watch these shows. I’ve heard mixed things from fans. Most agree that there are some low points, but most also seem to think that there’s plenty there to love if you give it some time. For my part…I’ve been nothing but frustrated.

But before I dive into those frustrations, I think it’s worth talking about why I haven’t been up to speed with these shows. As both a Star Wars fan and animation fan, you’d think this would be right up my alley. When the Star Wars: The Clone Wars first started, I did my best to give it the ol’ college try. I think I watched an episode or two (ignoring the movie altogether) before I pretty much forgot about it. Pretty much the same thing happened with Star Wars Rebels a couple of years back.

There are several aspects of these shows that just didn’t click with me. For starters, I hate that old-timey radio voice at the beginning. I get that Star Wars is supposed to harken back to the serials of the decades past, but it just felt more confusing than helpful. I also didn’t dig the humor. Now, here’s where I’ll lose some of you. I don’t even like shows like Avatar: The Last Airbender. I think I watched like six episodes of that show before dropping it. I didn’t dislike it per se, but the childish humor was a real turnoff for me. It’s this aspect I feel is ever-present in these Star Wars shows.

RELATED – Are The Mandalorian And Other Series Making The Same Mistakes As The Star Wars Movies?

One final thing that always rubbed me the wrong way was the music. I know Star Wars music is super iconic, but the music here just felt very on-the-nose. It never really stops and seems to try its best to punctuate a scene in a way that feels like too much.

I know I have to acknowledge something going into this. This is a kid’s show, and I need to make sure I treat it as such. Its sense of humor and style is never going to fly with me. However, if I give it the benefit of the doubt and give it at least half a season, I would probably like it. I’ve avoided it for years, but have now realized now is the best time to give it a shot. Frankly, you can thank The Mandalorian for my change of heart. If you’ve been paying attention, you know that Season 2 will likely have a few familiar faces. Among them are Ahsoka Tano and Bo-Katan Kryze. These characters have roles in the aforementioned animated shows. As someone who is looking forward to The Mandalorian’s second season, I figured it’d do me a lot of good to know just who in the hell these characters are. If the announcements are any indication, these live-action shows will effectively continue the stories told in animated form. As a Star Wars fan, I want to be as informed as possible.

Not everyone thinks this is the best idea. I’ve been told to just look up a Wookieepedia article by more than one person. I reject that notion. I’ve never been a “plot for plot’s sake” person. If you just tell me what happens in a story, that does nothing for me. Similarly, I usually don’t care much about spoilers. I have to fully immerse myself in the story in order to truly appreciate it. As such, I want to make sure I’m not robbing myself of any real meaning.

In order to do this, I’d have to really commit to these animated shows. I decided to start with Star Wars: The Clone Wars.

Star Wars: The Clone Wars is FRUSTRATING to Get Into

I probably sound super old saying this, but I’m having a hard time getting this show. For starters, I’ve been told by everyone to avoid the 2008 movie. Okay, easy enough. Fine. I start off Episode 1 of Season 1…and we start in the midst of some struggle. We have that old-timey radio voice come in and give us exposition. It introduces a planet I don’t know, a bunch of characters I don’t know, and a struggle I don’t fully understand the importance of.

We’re not off to a good start. You can take a look at my frustration with some of the other LRM contributors on Slack. So I looked it up online. Apparently, there’s a preferred viewing order among fans. One I’ve seen has you hopping from season two to season one at seemingly-random points, and I’ve been informed that the episodes weren’t released chronologically. So, I started viewing on Season 2 but still can’t shake the fact that I still have no idea what the hell is going on. Yes, if I give it a few minutes, I’ll know what’s at stake for a particular episode, but that doesn’t help much.

For starters, I don’t fully understand the context of the battle going on, I don’t understand the motivations of the alien race we’re dealing with, and I don’t really get the motivations of the lead characters too much. And it seems like every episode starts this way, based on my limited exposure. It feels like I’m in a constant state of mild confusion. I may get enough to understand what’s happening in the moment, but not enough to get why it matters in the grand scheme of things. How does the story affect the character’s overall arc? How does it contribute to the battle overall? It’s very hard for me to know these in the episodes I’ve tried to watch.

What’s worse is I have since found myself a bit gun-shy about pursuing the show further, because the impression I get is that this is just how the show is. In keeping with its serial roots, I half-expect every episode or arc will begin in media res and never give me the full picture. As someone who cares more about character than plot, this is very frustrating to me.

So, I Turn to You What should I do? Yes, I plan on pushing forward and watching this show. After maybe half a season, I anticipate I’ll be on board, but I want to make sure I’m fully invested. If I just watch the movie and watch the episodes in the order on Disney+, will that be enough to alleviate any confusion I have? Do the supposed “best order” watches actually take character arcs into consideration, or are they just based on fans’ favorite episodes and story arcs?

I ask this because I want to make sure I am going into this show with the right impressions. What kind of story am I in for? What should I expect? I’d like to know all your thoughts and best tips for coping in this difficult time. I’ll be damned if I go into The Mandalorian Season 2 not having done at least some of my homework

But what do you think? Is my assessment of getting into Star Wars: The Clone Wars on point or simply the ramblings of a bitchy viewer? What’s the best order to watch? Give me your best tips down below!