Acording to Deadline actor Mads Mikkelsen is reportedly being considered to come aboard Fantastic Beasts 3 to replace Johnny Depp as Gellert Grindelwald in the Fantastic Beasts franchise. while I haven’t given a whole lot of thought to recasting the role, to the suggestion of Mikkelsen, I have to say… 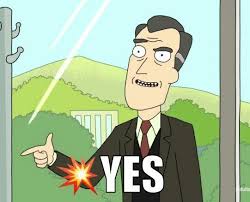 Mikkelsen is a fine actor. And as I’m sure most of you readers know, he’s no stranger to big franchises. Already having been a part of Doctor Strange, the James Bond series, and Star Wars as he was essential in filling in one of film’s most famous plotholes as Gaylen Erso in Rogue One: A Star Wars Story.

ALSO SEE: Guardians 3 Script Hasn’t Changed Much Since James Gunn Came Back On Board

As with any unconfirmd information we must use grain of salt protocol until official word comes down. However, with filming of Fantastic Beasts 3 underway Warner Bros need to take care of this situation quickly. If we had an LRM rumor meter, I would say the needle would be pointing to the true side. However, this is just me guessing with a bit of wishful thinking mixed in.

The magical nature of the film will make Grindelwald’s change in appearance more easily explainable, whether t turns out to be Mikkelsen or another actor. Oddly enough a similar sort of character switch happened in The Imaginarium of Doctor Parnassus.  Johnny Depp,  Jude Law, and Colin Farrell all stepped in to replace Ledger after his tragic passing, with a request that donations were to made to Ledger’s daughter

What are your thoughts on Mads Mikkelsen joining Fantastic Beasts 3 and replacing Johnny Depp as Gellert Grindelwald? Let us know in the comments down below!

The Scorpion King Being Rebooted By Dwayne Johnson

A Second Season Of Alex Rider Has Been Announced!