Today is a special day! We are starting a special Last Call Podcast here at The Cantina. We’re going to be discussing/reviewing all of the live action Star Wars movies in story line order. Be sure to check it out at the end of the article!

It has been a busy week in the galaxy far, far away. We have seen a lot of rumors regarding Star Wars and Disney+. So, let’s discuss the 20 Star Wars shows that are RUMORED to be coming to Disney+. The list is diverse and divisive, at least in my mind. We already know about The Mandalorian and the Casian Andor show, but how excited are you for Lando, Qi’ra, Poe & Finn, Obi-Wan Kenobi, Knights of Ren, Rose, Phasma, Darth Bane, Young Leia, Bib Fortuna, Weequay, Wompa: Living With One Arm, and the most anticipated one of them all… Trade Federation!!! Okay I am joking about a few of those, but most of them have been mentioned by different sources. Of course none of this is official but I want to take a look at a few of these ideas. Again these are rumors and there has been no official word.

Let’s look at the ones I would like to see first. Most everyone I know was looking forward to a movie about Obi-Wan Kenobi and the prospect that Ewan McGregor would return for the role. However, after the dismal box office returns for Solo and the divisiveness of The Last Jedi Bob Iger told LucasFilm to slow it down and cancelled or put on hiatus all of the anthology films that were in the works. The best thing about that was the Boba Fett film getting the ax, but that also meant no Obi-Wan movie. According to Star Wars News Net Old Ben is headed to the streaming service for a limited engagement, a series up to six episodes. This can be great if we get two things. First, Ewan Mcgregor and second, NO DARTH MAUL. That’s right. I said it. You want Obi V Maul go watch The Phantom Menace or Star Wars: Rebels. I think a great idea would be to have a Jedi on the run come to Tatooine and find that Obi-Wan is there and send them on an adventure to save other Jedi or save some relics for future generations. I wouldn’t show or mention Luke until the very last episode after Kenobi has returned to Tatooine. I think a great final shot would be Ben looking at the Lars moisture farm from a distance and seeing a young kid playing with a droid or model ship.

I also wouldn’t have them come anywhere near Vader. Maybe they could hear of him or see news on the Holo Net, but I don’t want them to use Vader as a device for attention. The focus should be on Obi-Wan and how bad ass he is. One other idea could be the other Jedi finds out that Anakin became Darth Vader and it causes conflict with Obi-Wan as he was his former master.

The Next Show I would like to see is dependent on what happens in Episode IX, and that is The Knights of Ren. This name drop came from HN Entertainment but had no real details. Between movie novels and comic books all we know about them is they were founded and ran by Snoke, Kylo joined them and became their leader later, and no one knows who or where they are now. Rian Johnson’s failure to use them is glaring in my mind, and their intended use in the next film could bog down the plot. As for a show, I would like to see them before Kylo, in the years that Snoke is amassing power and support. You could use the end of the Empire resulting in a few force users coming out of hiding and the Knights hunting them down. Another fun idea would be having the Knights go on missions to find former Emperor’s Hands and bring them into the fold. That could give us a version of Mara Jade!

Bane could be interesting, and I know he is a fan favorite. I would love to see more from the distant past including new versions of the Sith Wars or Hyperspace Wars. I don’t think it should focus on Bane himself though. There’s such a rich history to draw from that an era focus would work better in my mind. Now let’s look at what I don’t want and why. Please skip out on Leia, Phasma, Rose, and Qi’ra. Finish reading before you jump down my throat about not wanting all of the female ones. I do not mind a female led series. Hell, I’d love to see one about Mara Jade or a similar character running around doing Papa Palpatine’s bidding and dirty work. I would love to see a female Jedi that turns down Luke Skywalker’s offer to train at his academy because she’s worried about his bloodline. She could go off on her own adventures or pick up an apprentice of her own. There’s also the very cool Doctor Aphra character from the comic books. Her time and use in the first Darth Vader comic run was great! Add in the two murderous droids and you have a show built for success.

The reasons I don’t want any of the ones mentioned to come to fruition are multiple and character specific. With Leia we know too much about her and there’s not enough wiggle room for good stories. She was 17yo when she got the plans for the Death Star. She was busy being an ambassador of Alderaan to the Imperial Senate in her late teens, but was not on any great adventures. So unless you want a political drama, this is a bad idea.
Qi’ra means Maul, and I hate using Maul. Also, the character was flat and boring in Solo. Using her means clouding up the space between Revenge of the Sith and A New Hope even more. We’ve already spent enough time there, and any extra time should be spent with Obi-Wan.

Phasma was wasted in the last two films. She was, in my mind, brought in to appease a desire to see a female baddie and sell toys. She crumbles in The Force Awakens without a fight and brings down the shields. She looks cool, but if you go back and make her a better character then you make TFA and TLJ look even worse in their use of her. As for Rose, that character was horrible in TLJ. There’s nothing wrong with the actress, and those that attacked her are terrible people, but there’s not a single redeeming factor in the character. Are we going to follow her and her sister in the resistance? Will we see her upbringing in servitude? What could they possibly say or do that would actually be interesting? Not too mention they wrote her to think that wars aren’t won by sacrifice or killing the enemy…

Whew! That was a lot to go through, but I am optimistic about seeing some great shows from this property. I Think it’ll be easier to turn out quality shows than quality movies, especially if we’re removed from the Skywalker blood line. I do hope they don;t focus on individual characters too much though. I want to see more stories cover entire eras. Welcome to the first Last Call Podcast. This will be the first in a series of podcasts reviewing each of the Star Wars movies. We’re going in story order and will end with the special release night round table for Episode IX. I will be joined every month by Cam Clark and a rotating list of guests. Be sure to subscribe to the Los FanBoys channel to know when each episode goes up. I hope you enjoy our discussion about The Phantom Menace more than we enjoyed watching the movie.

What are your thoughts on the possible Disney+ shows? What stories would you tell? Did you like the Last Call Podcast? Any improvements we can make? Let me know in the comments below. May the Force be with you. 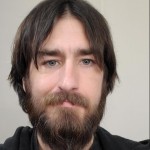