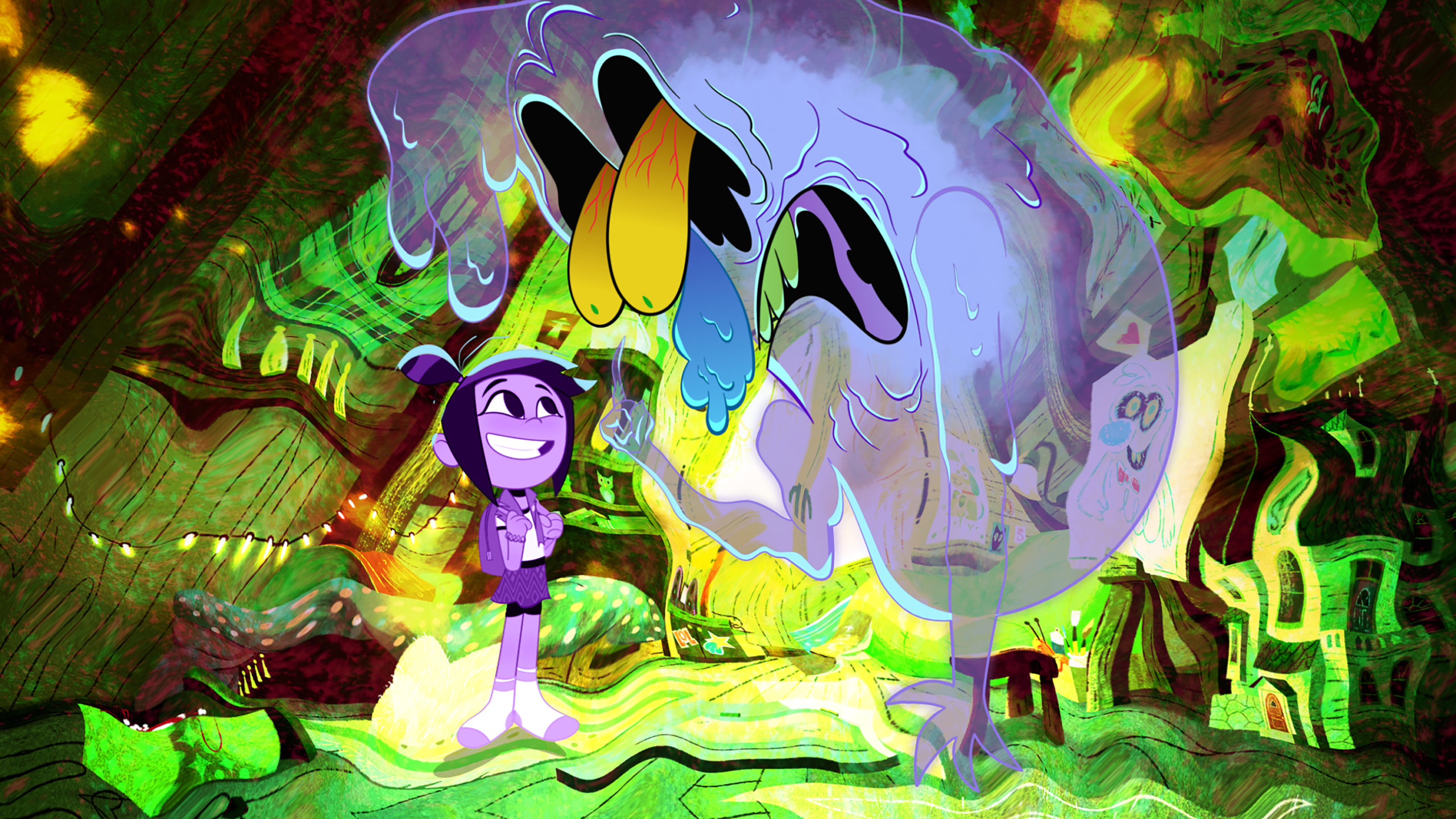 THE GHOST AND MOLLY MCGEE – “The Curse / First Day Frights” (Disney) “The Curse” – The McGees move into their forever home to find it’s already occupied by a ghost named Scratch. “First Day Frights” – Thanks to Scratch, Molly struggles to make a good first impression at school. MOLLY, SCRATCH

This Friday is the premiere of Disney Channel’s animated series The Ghost and Molly McGee. In a world where animated series sometimes feel like a dime a dozen, this one seems like it has the potential to stick around for a bit. I am not the only one who thinks so either. Ahead of its debut, it has already been picked up for a second season. So what is this new series all about?

For starters check out this clip from the first episode that sets up the rest of the series. A grumpy ghost named Scratch needs to start being a better ghost. To do that he tries to put a curse on Molly McGee and tween optimist always looking to brighten up the world. Needless to say, this backfires on Scrat as Molly sees it as an opportunity for them to become “On-Demand Besties”.

Here is the synopsis for The Ghost and Molly McGee

Tween optimist Molly McGee lives to make the world a better place, fix what has gone wrong, and spread joy! Meanwhile, grumpy ghost Scratch lives to make the world a worse place, break what has gone right, and spread misery. When a curse from Scratch backfires, he finds himself forever bound to Molly. Despite that, Scratch and Molly form an unlikely friendship that guides each of them through the ups and downs of their respective worlds!

With the release of The Ghost and Molly McGee this week, LRM Online’s Emmanuel Gomez spoke with the creative team behind the series. This includes co-creators Bill Motz and Bob Roth who also serve as executive producers alongside Steve Loter. We talk about what makes this series so special and how excited they are that they get to expand their stories for another season. Also, find out which of the creators matches with which animated lead’s personality. We then learn how being parents helped them get the inspiration they needed to make this series happen. The conversation is a great time! You can check out the full interview down below!

Exciting The Great Season 2 Photos And A Few Juicy Details From The Creator, Tony McNamara

Saloum Review – A Blend Of Genres And Folklore | Fantastic Fest