Tolkien’s Message, Some Of The Stars Of The Rings Of Power Weigh In [LRM Exclusive]

Many worldwide are enjoying the new Prime Video series, The Lord of the Rings: The Rings of Power. With two episodes this week, fans are getting content from the classic J.R. R. Tolkien stories that we have been lacking for years.

Speaking of Tolkien’s stories, the world of Middle-earth is filled with characters and places that have come together for some amazing adventures. Through the years the books and films have been a source of entertainment for so many. Everyone has their own thoughts and interpretations of Tolkien’s message.

LRM Online had the opportunity to talk with some of the stars of The Lord of the Rings: The Ring of Power at this year’s San Diego Comic-Con. Each of them shared with us some information about their characters as well as what Tolkien’s stories mean to them. You can check them out below! We have paired each video with their character posters to make it easier to recognize them. 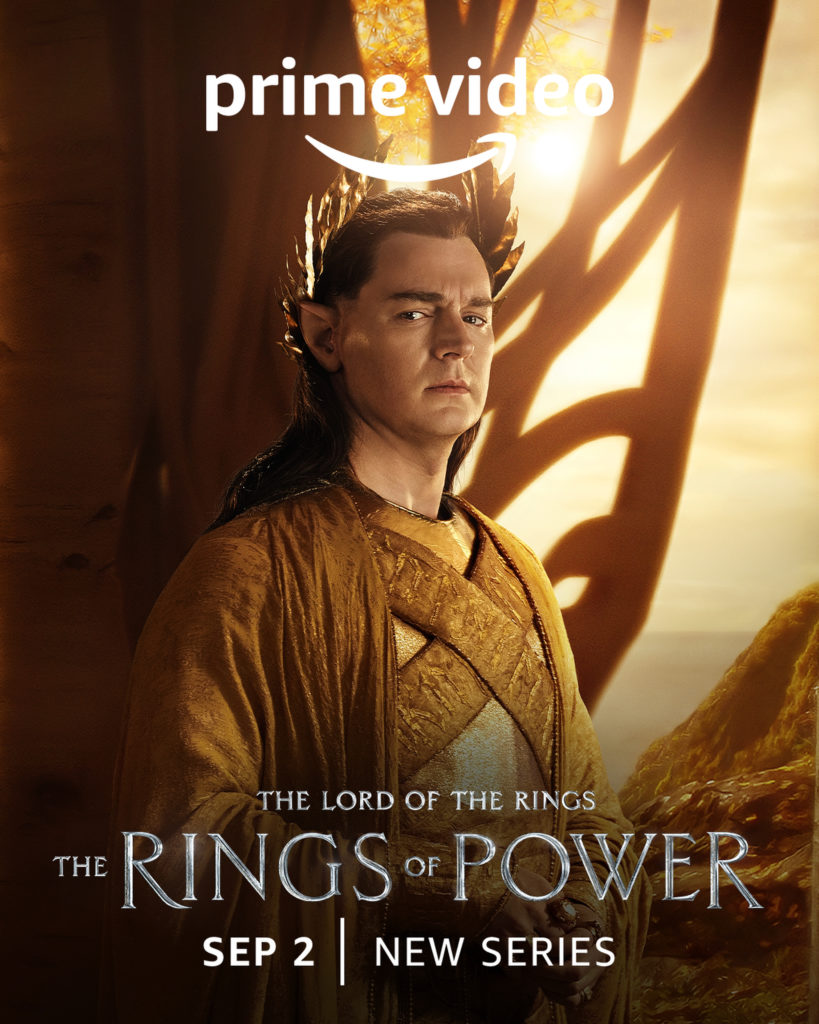 Here is the synopsis for The Lord of the Rings: The Rings of Power provided by Prime Video

Prime Video’s The Lord of the Rings: The Rings of Power brings to screens for the very first time the heroic legends of the fabled Second Age of Middle-earth’s history. This epic drama is set thousands of years before the events of J.R.R. Tolkien’s The Hobbit and The Lord of the Rings. It will take viewers back to an era in which great powers were forged, kingdoms rose to glory and fell to ruin, unlikely heroes were tested, hope hung by the finest of threads, and the greatest villain that ever flowed from Tolkien’s pen threatened to cover all the world in darkness.

Beginning in a time of relative peace, the series follows an ensemble cast of characters, both familiar and new, as they confront the long-feared re-emergence of evil to Middle-earth. From the darkest depths of the Misty Mountains, to the majestic forests of the elf-capital of Lindon, to the breathtaking island kingdom of Númenor, to the furthest reaches of the map, these kingdoms and characters will carve out legacies that live on long after they are gone.

The Lord of the Rings: The Rings of Power is now streaming on Prime Video.

Have you checked out LRM Online’s official podcast feed yet The Genreverse Podcast Network? This includes our premiere podcast The Daily CoG, Breaking Geek Radio: The Podcast, GeekScholars Movie News, Nerd Flix & Chill, Marvel Multiverse Mondays, Anime-Versal Review Podcast, and our Star Wars dedicated podcast The Cantina. Check it out by listening below. It's also available on all your favorite podcast apps! Subscribe on: Apple Podcasts |  Spotify |  SoundCloud | Stitcher | Google Play
Tags: J.R.R. Tolkien Prime Video The Lord of The Rings: The Rings of Power The Rings of Power