Anime in the 2010s has been a blend between old shows carrying over from the last decades and new phenomena blossoming. With this list for the top anime openings that theme will become very observant. One Piece and Dragon Ball have had a revival with new arcs sparking the fan base notably the Tournament of Power which had a great opening to go along with it. New anime like My Hero Academia and One Punch Man have been great ambassadors for the art form bringing many new fans into the anime world.

This one is more of a personal favorite though many people do enjoy this opening making it worthy of scratching the top 5.  “Hope” is the 20th anime opening which shows how impressive One Piece is able to have great songs even after 20 or so years of production. “Hope” has an emotional undertone which pairs fantastically with the Whole Cake Island Arc where the Straw Hats are on the verge of losing a member of the crew.

The confliction behind Sanji’s actions is demonstrated by this song as he is going through the motions and making a sacrifice to protect his friends. The scene where he runs off into the horizon is perfectly timed with the song and hits any One Piece fan straight in the feels.

Just like One Piece, Dragon Ball is another 90s anime that has been going strong into its third decade of existence. “Genkai Toppa × Survivor” was a fun song that got fans into each episode of the show and captures what a lot of the show was—fan service. This is not a bad thing as fan service often carries a negative stigma but it can simply mean the creator of the show giving fans what they want. With that reason, Dragon Ball Super was a huge success as the series was a great addition into the long history of the series.

Being the Tournament of Power opening deserves some credit as it is a major anime event of the 2010s. Providing more excitement to the exciting arc is hard to do but the song managed a way to amplify fan interest.

One Punch Man is one of the biggest anime properties currently with a highly anticipated follow-up season coming out later this year in April. Why does the break in between seasons have to be so long?  The series flipping the script on superhero genre by having an overpowered character become disinterested due to his power level is great. The theme song is also great having a heavy rock beat that keeps the audience’s attention and getting them ready for the episode.

My Hero Academia is one of the best anime series of the decade has become an international sensation with its first three seasons. Following a boy with no quirks where they are essentially the only path to becoming a hero, the show is incredibly relatable. With the climate of media featuring the hero genre as predominantly as it makes the landscape lift the show. Picking the right opening to put on this list was tough as the series has a lot of good ones though “Peace Sign” is the best in my book.

“Peace Sign” is best known for leading into the Sports Festival Arc which is widely considered the best arc to date. With this show going into the future with no end in sight given the massive popularity I suspect that the series will have many more great openings during its run.

Black Clover gets a lot of hate as the anime series had a poor opening as it introduced a large amount of filler and the animation was inconsistent. The show has drastically increased in quality since then but the openings have given the show a lifeline when it needed some saving. Black Clover has consistently been producing great openings lifted by the songs in them making it hard to pare down the right song for the list though “Gamushara” is probably the most deserving of recognition.

Miura Jam is quickly becoming one of the best performers in the anime industry with his work on this song and My Hero’s “ODD FUTURE” which almost knocked off “Peace Sign” for number two.

Let us know your thoughts what is your favorite opening song from this decade? 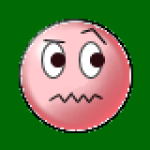