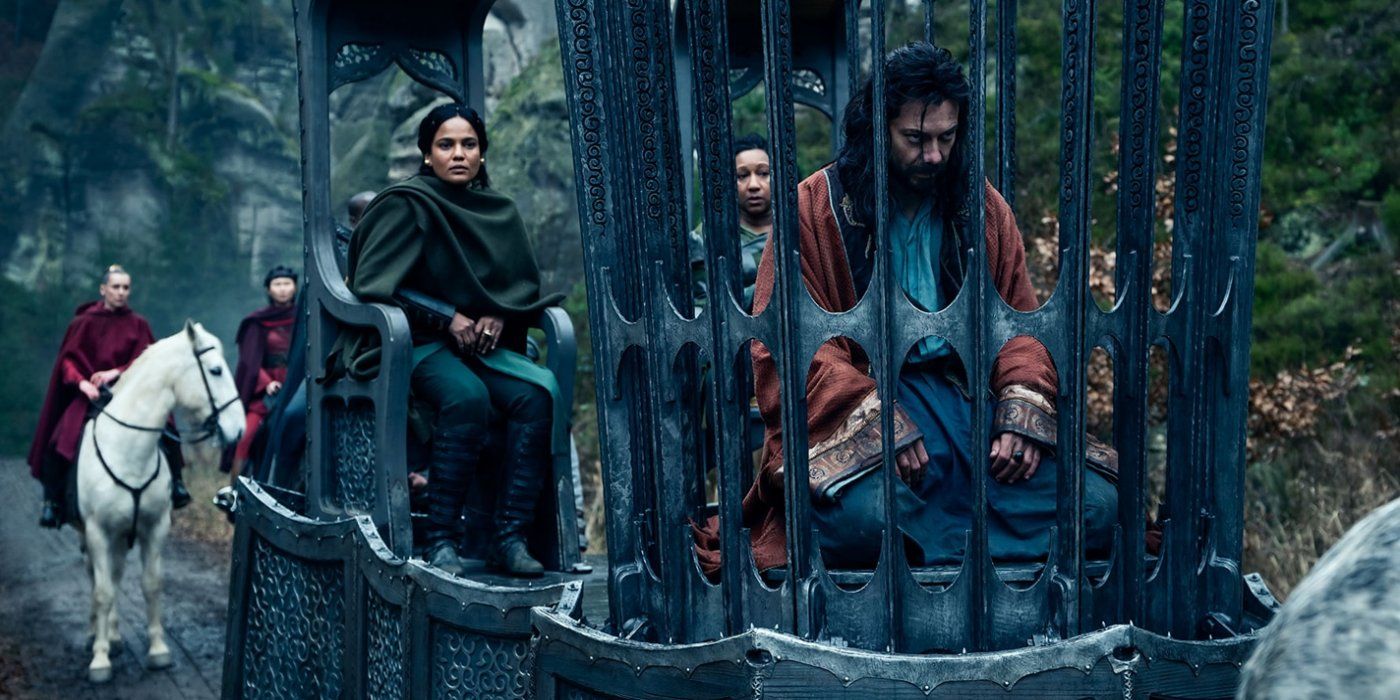 The Wheel of Time S1 tougher than Game of Thrones S1 to pull off says showrunner Rafe Judkins. You know what, he is actually, absolutely correct on that. Judkins recently was interviewed by EW following the finale of The Wheel of Time Season 1. Here is what he had to say about the difficulties of adapting that first WoT book The Eye of the World. The question being asked was whether the nature of the ensemble show would remain now that the Dragon Reborn has been revealed?

“Yeah, that was the whole idea. A lot of the changes we’re making in our adaptation are to serve the series as a whole more than just the first book. The Wheel of Time is interesting because it’s like the opposite of Game of Thrones. With Game of Thrones, the first book is a perfect television season, and then it becomes much more disparate the deeper you go into the books. Whereas Wheel of Time starts out in a way that’s hard to make a clean adaptation for TV, but then as you get into the later books, it really is built along a clear, clean TV structure of an ensemble story.”

“I don’t even think Rand has the most POV chapters in the books overall. It’s very much an ensemble, even though the first book is not. So we really tried to make the season have that feeling from the whole book series of being a real ensemble piece. We made a lot of changes in the first season to make sure that you could see all the stories of the five main leads.”

I have to agree with his fundamentally. I didn’t get into the ASOIAF books by George R.R. Martin until after I had seen Season 1 of Game of Thrones. That first book is a classic intro to the series. I’ll never say it was easy to adapt Game of Thrones, that would be ludicrous. Yet, Game of Thrones is not a book with astounding magic, huge battles, or complex overarching villains. Instead it was a book about people and how they manipulate others to acquire power, and those who are left by the wayside as a result.

More importantly though, Game of Thrones was an ensemble book which works great for TV. The Eye of the World was not really an ensemble book, and also it wasn’t all that great. Even author Robert Jordan admitted he wasn’t happy with the ending of book 1. After reading book 1 of this series I actually wondered what all the fuss was about? However, from book 2 onwards the story does become more of an ensemble piece. The politics and conversations take over from the usual run and fight we see in the first book. Once I had finished and ell in love with The Wheel of Time I knew Season 1 of the show was going to be hardest to adapt. Still that finale could have bene a lot better.

The Wheel of Time S1 tougher than Game of Thrones S1 to pull off says showrunner Rafe Judkins. I agree with Judkins, do you? Thoughts below as always.