With Rick and Morty announcing that they would return in November, it is time to get “schwifty.” There has been a sizeable gap of two years between seasons, which has been a hard experience, with some fans believing it was over before hearing the news regarding the 70-episode deal with Adult Swim. As the show heads into its fourth season it is now time to look at where the series is headed for the next, presumable, seven seasons. As series progress in the cartoon medium, it is a common occurrence for shows to change from more episodic to serialized. It hasn’t been confirmed what we will actually see when the show returns, but let’s weigh out the pros and cons of turning to a serialized approach.

The show has already been turning slightly more serialized over its run, with the ending of Season 2, “The Wedding Squanchers,” carrying directly into “The Rickshank Rickdemption,” Season 3’s lead-off episode. These episodes are largely considered to be the best within the show’s library up to this point, as it explored Rick’s character and the world around him while delivering the intelligent sci-fi plotting that we’ve become accustomed to. The only issue was that this arc was over within two episodes, which left a bit more to be desired. However, with the massive episode deal reached in 2018 the ability to create a large ranging arc spread over multiple episodes is definitely possible.

With a longer arc, the character of evil Morty would be able to be heavily featured setting up some world building rather than be spread throughout the series as little more than a glorified MacGuffin. Timing would also be beneficial if deciding to go with a serialized plot as having an arc would be much quicker to continue rather than creating episodic one-offs like “Interdimensional Cable” which Justin Roiland stated the difficulties of production with these episodes. If there is one thing fans wish would wish different about the series is the long hiatuses between seasons. Cutting out episodes that are treated as filler and are unenjoyable by many and irrelevant would be another positive of gearing more towards a serialized approach. In the third season, this can be pointed out with “The ABC’s of Beth” which is largely considered the worst episode of the season. Creating a tighter more connected plot would eliminate these useless episodes and leave time for more important matters in the interesting world the showrunners set up. 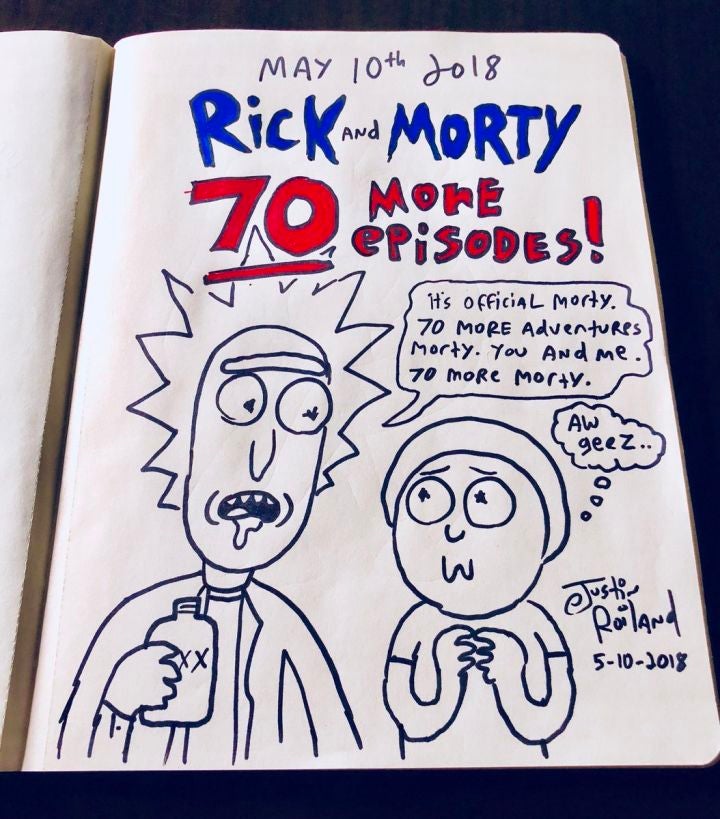 Now, on the other hand, sticking with the same approach would go by the motto “don’t fix what’s not broken.” Rick and Morty has been built into a juggernaut over the run of three seasons which will not change anytime soon with the rabid fan base cultivated since 2013. The entire idea of the show since day one has always been to emulate the success of predecessors like The Simpsons or South Park which have used episodic episodes creating the world around them. South Park’s 20th season which was changed to a serialized approach and largely panned for doing so is actually enough of a deterrent to stay from or at least learn from switching formats. Pacing was a large issue for the serialization of South Park, as events were painfully dragged out rather than being concise and crisp waiting for the entire season to be finished before providing satisfaction.

Rick and Morty has always been a show that succeeds with timing with a large amount of the jokes benefiting from the show’s pacing. The lack of an immediate payoff would also possibly disenfranchise some of the fan base, which is enough of a reason to avoid the switch.  Dan Harmon knows this problem all too well as his previous show, Community, was faced with negative to mixed results from the fan base having implanted more serialization into the third season. The ideals of nihilism which has become the groundwork and set up for the series goes against the building of a long-ranging arc as it defeats the purpose of nothing really mattering.

A mixture between these two is probably the best way to go as it allows for the best of both worlds. Continuing some continuity with overarching arcs would likely benefit the show though it should not stray far from the current state of operation. In the end, as long as Rick and Morty returns to the same level as we remember I don’t believe many will actually care which approach they go with. The comedy retaining the same quality is much more important than overarching plot both for first time viewing and syndication. Here’s to hoping we will see another “Interdimensional Cable” or “Morty’s Mind Blowers” in Season 4.

Let us know your thoughts. What would you like to see in Rick and Morty Season 4?

Emilia Clarke Compares Daenerys Targaryen To Lawrence Of Arabia And It Works, Sorta