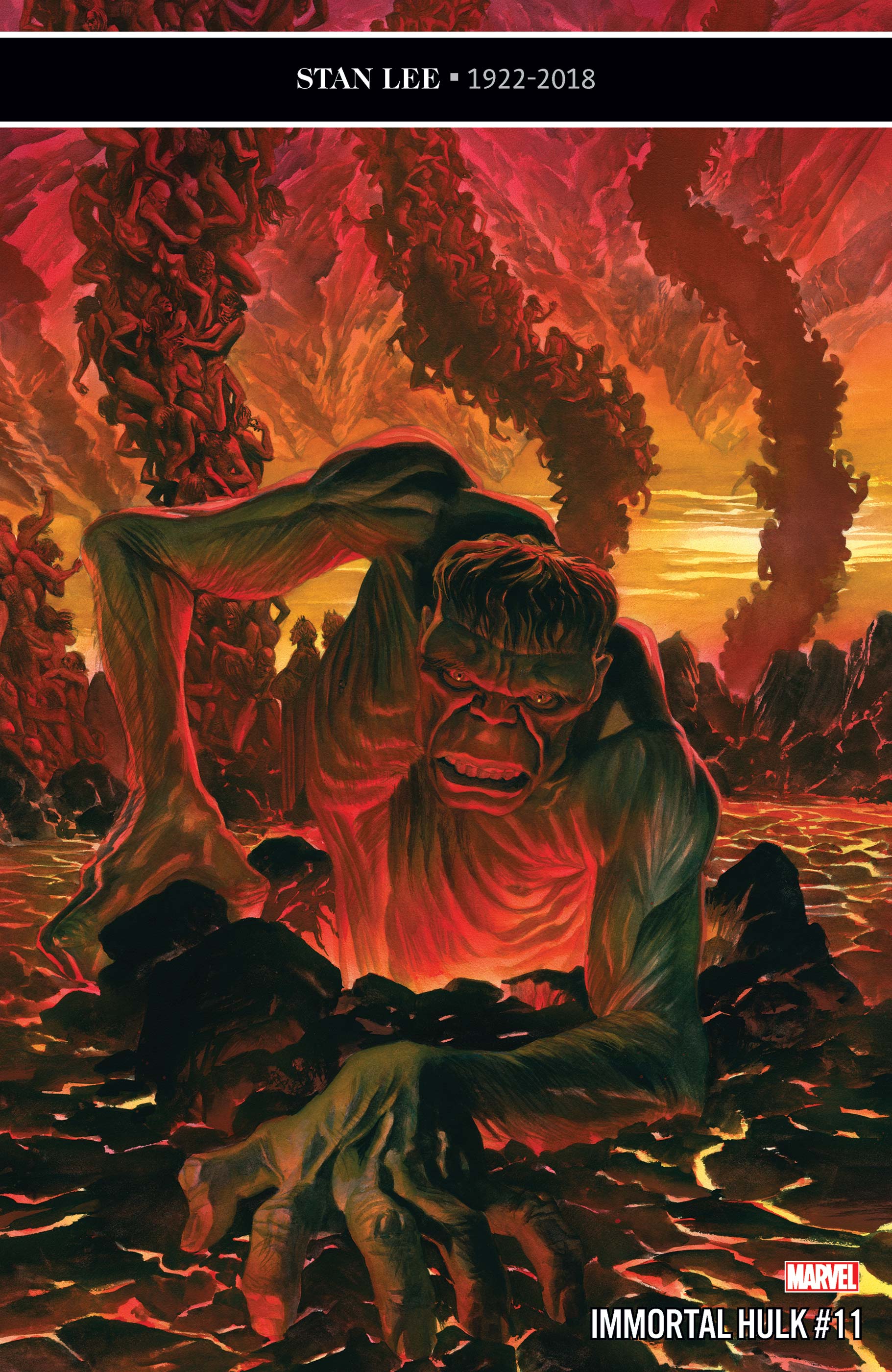 As mentioned in the last installment of Weekly Comics Immortal Hulk is the best book being published by Marvel currently. With a solid art team and philosophical approach towards theology, the 11th issue adds another interesting layer to this arc for the Hulk.

As Hulk makes his way through Hell Ewing asks what it really means to be alive. The doppelgangers of Rick Jones and General Thaddeus Ross run into Hulk and traveling companion Jacqueline McGee while discussing Hulk’s history. Rick Jones resembles a husk of his former self due to the events of Secret Empire repeating catchphrases raising questions about his lifeforce. However, Ross fights Hulk in the form of the Red Hulk with strong punches making Hulk wonder if he’s actually alive. An emerging B-plot focuses on Puck planning to escape Hell with Creel’s, AKA Absorbing Man, powers. Brian Banner, Bruce’s father, confronts Hulk at the end of the issue suggesting driving a wedge between the two different personas.

The art in this issue uses a monochrome approach in the panel. The world before Hell opened up was painted in black and white representing time. The bleak dystopia the Hulk finds himself is dipped in sepia immersing readers in the fire and brimstone. 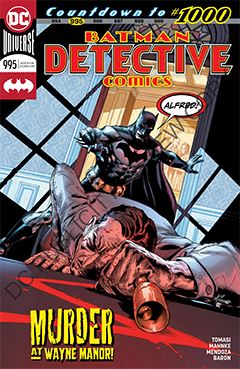 The build-up to Detective Comics #1000 is taking Bruce down a very dangerous path as all his personal ties are being attacked. Though readers are able to jump straight into this issue going back to issue 994 will give the comic more context.

Having been poisoned in the previous issue, by a mutated variant of Joker Venom, Leslie Thompkins is on the brink of death. As Batman carries her in his arms a recap of the character’s life and the work she had done in Gotham plays a flashback. Helping Bruce become the man he is today by forcing him into the public eye after his parent’s death makes him refuse her passing. To make things worse Alfred is stabbed by a lance and is also on the verge of dying. Demanding answers for the events that are occurring he locks himself in Arkham with a group of iconic incarcerated villains.

The art team behind this issue did a fantastic job creating a dark and gritty vibe capturing the mental state of the Dark Knight. Through the implementation of hatchwork and fine lining, the emotions of the characters came off vividly. The art once Batman entered Arkham is reason enough to check out this book as the final page perfectly paints the rage of the Batman.

This issue reads better with context behind it so reading the previous issue is recommended. However, this issue holds it’s own allowing readers to enter the ride for the climb to issue 1000. With the personal connections of Bruce Wayne are under attack and an unhinged Batman rises the next few issues will be fun to read. 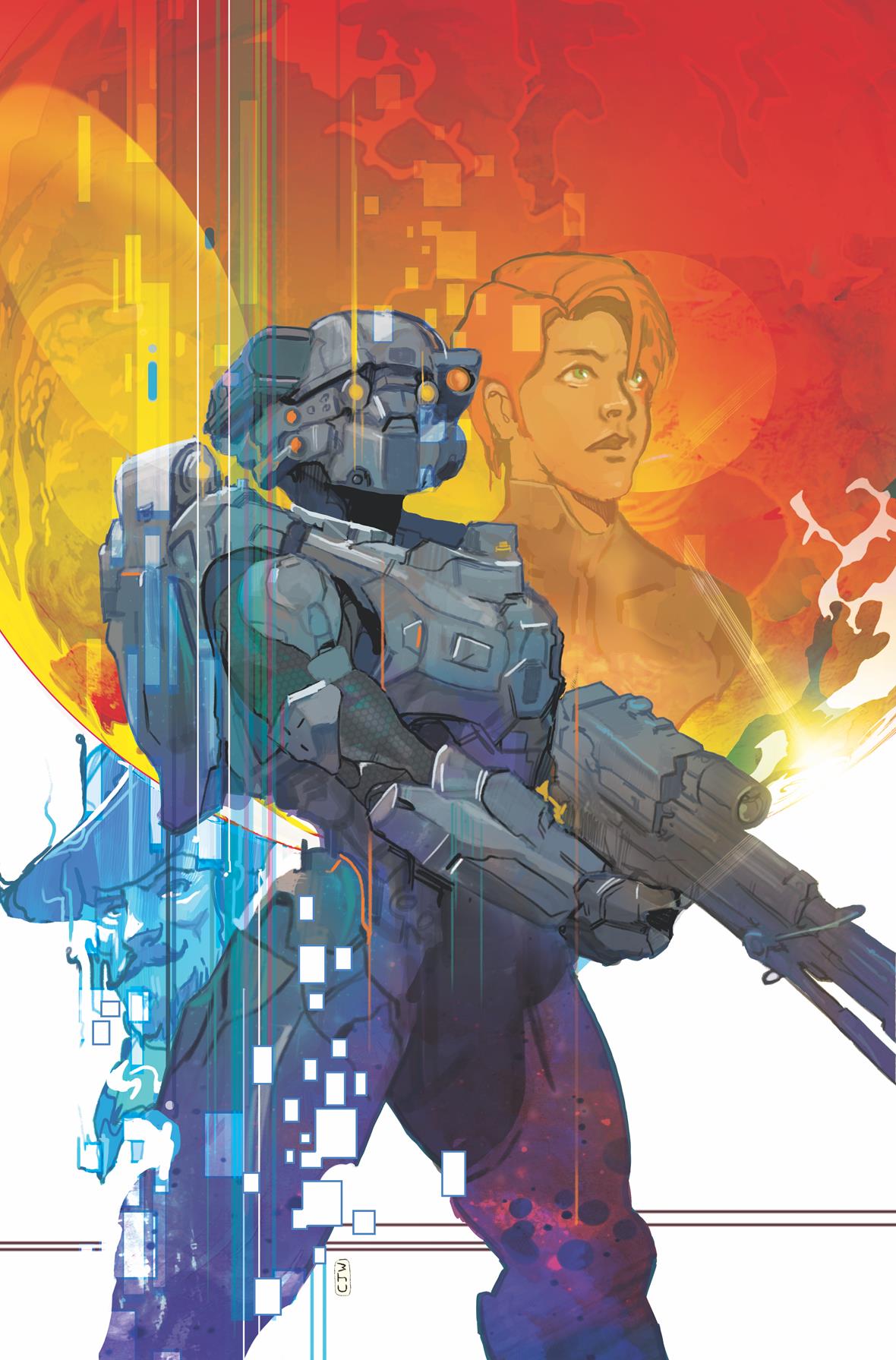 Linda-058, a Spartan sniper, is tasked to go on a solo mission by command. On the hunt for a traitor 058 is led to a Covenant patrolled planet. The issue ends with the traitor being hunted down though it appears the sniper is sympathetic towards him as she does not shoot him on sight. Somewhere in between a hackneyed backstory of the character is introduced with a limited emotional pull towards the character.

Halo has run into issues with problems with art before in media outside of video games. However, Halo: Lone Wolf is luckily supported by a talented art team led by colorist Dan Jackson. There is minimal lining holding up the art in this issue which makes the job of a colorist paramount to success. Luckily, Dan Jackson is no stranger to Dark Horse’s adaption of video game series having worked on the well-received Call of Duty books.

The issue takes a while to set up which is unfortunate as this is a 4 issue run that likely won’t be expanded past that mark. Though the story is a bit bland it is a fun journey deeper into the Halo universe. The art is cemented by Jackson’s art creating a visually appealing first issue.