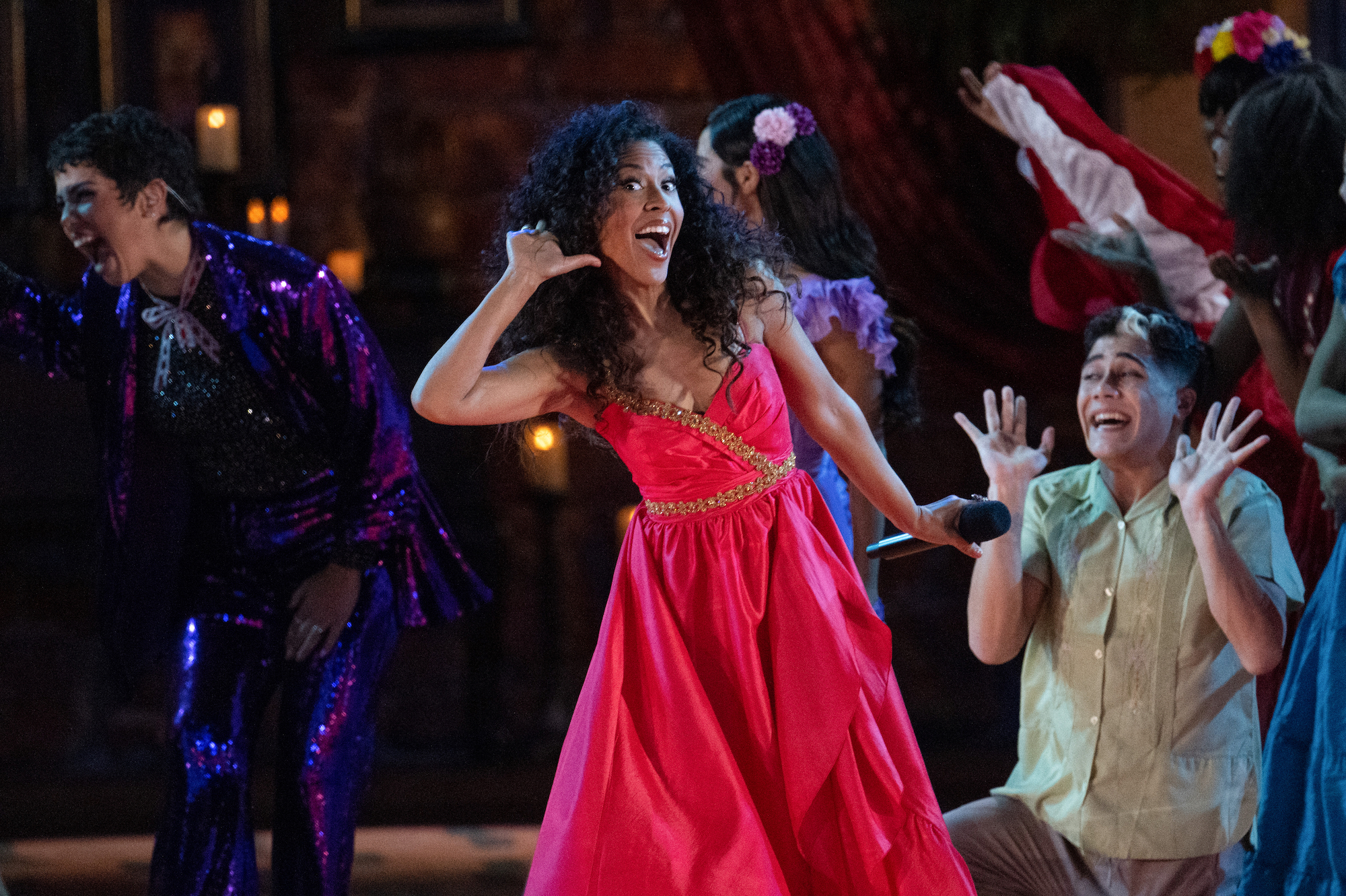 Adassa performed in the special event Encanto at the Hollywood Bowl.

Encanto was truly a magical animated film when it landed in theaters with plenty of fanfare. Then it became a pretty ambitious next act to bring this music and story to the stage at the famous Hollywood Bowl in front of hundreds of spectators and filming it for a Disney+ special.

Here is the full description of the special:

LRM Online’s Gig Patta spoke with actress/singer Adassa, showrunner/executive producer Sally Wood, and choreographers Kai Martinez and Jamal Sims. We discussed the ambitious project, the difficulties of being live and taped, and the audience experience.

Adassa is an Afro-Latina urban reggaeton singer, who has collaborated with Daddy Yankee, Pitbull, Don Omar, Lil Jon, and Juvenile, to name a few. Her 2005 single “De Tra” reached No. 40 on Billboard Latin Tropical Airplay chart. She also found success with the songs “Bounce,” “Dancing Alone,” and Little White Lies” in European markets. Encanto marks her acting debut as the voice of Dolores Madrigal.

Jamal Sims is a choreographer and director who regularly appeared on the reality competition RuPaul’s Drag Race as a choreographer and judge. He made his directorial debut in 2018 with When the Beat Drops. He coordinated with Kai Martinez for the dance animated sequences for Encanto. This year, he was the executive producer and choreographer for ABC’s television special Beauty and the Beast.

Sally Woods is a producer of many television musical series and events, including The BRIT Awards, Glastonbury, Reading and Leeds Festival, and Top of the Pops.

Encanto at the Hollywood Bowl makes its special premiere today on Disney+.

Watch the exclusive interview with actress Adassa, showrunner Sally Wood, and choreographers Kai Martinez and Jamal Sims. Let us know what you think of the interview.