The film adaptation of the popular first-person shooter Borderlands has cast comedian Kevin Hart as its lead. Hart will play Roland, a former member of the Atlas Corporation’s highly-trained military force, Crimson Lance. The film’s director, Eli Roth, had the following to say about Hart’s casting in a statement.

“I’m thrilled to be working with Kevin Borderlands is a different kind of role for him, and we are excited to thrill audiences with a side of Kevin they’ve never seen before. He’s going to be an amazing Roland.”

ALSO SEE: Revenge Of The Sith: The One With A Video Game Start & Techno Dance Ending | The Cantina Reviews

“Kevin has been behind some of the world’s biggest blockbusters, and our source material is inspired by one of the world’s best-selling video games,” LWe love the way our filmmaking team has adapted this story and we couldn’t be in better creative hands.”

I will assume I am not alone is thinking his is an unusual, but interesting piece of casting. Hart is probably the most popular comedian in the world right now, and for most of us  throwing him into what some might call a science-fiction western set on another planet might appear to put him out of his element.

Having said that, I find his casting to be an opportunity for him to blow viewers away and show us his range. I am very interested to see what he does with role. I hope he nails it and have a good feeling that he will.

What are your thoughts on Kevin Hart being cast in the Borderlands movie? Let us know in the comments down below! 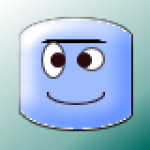 Revenge Of The Sith: The One With A Video Game Start & Techno Dance Ending | The Cantina Reviews