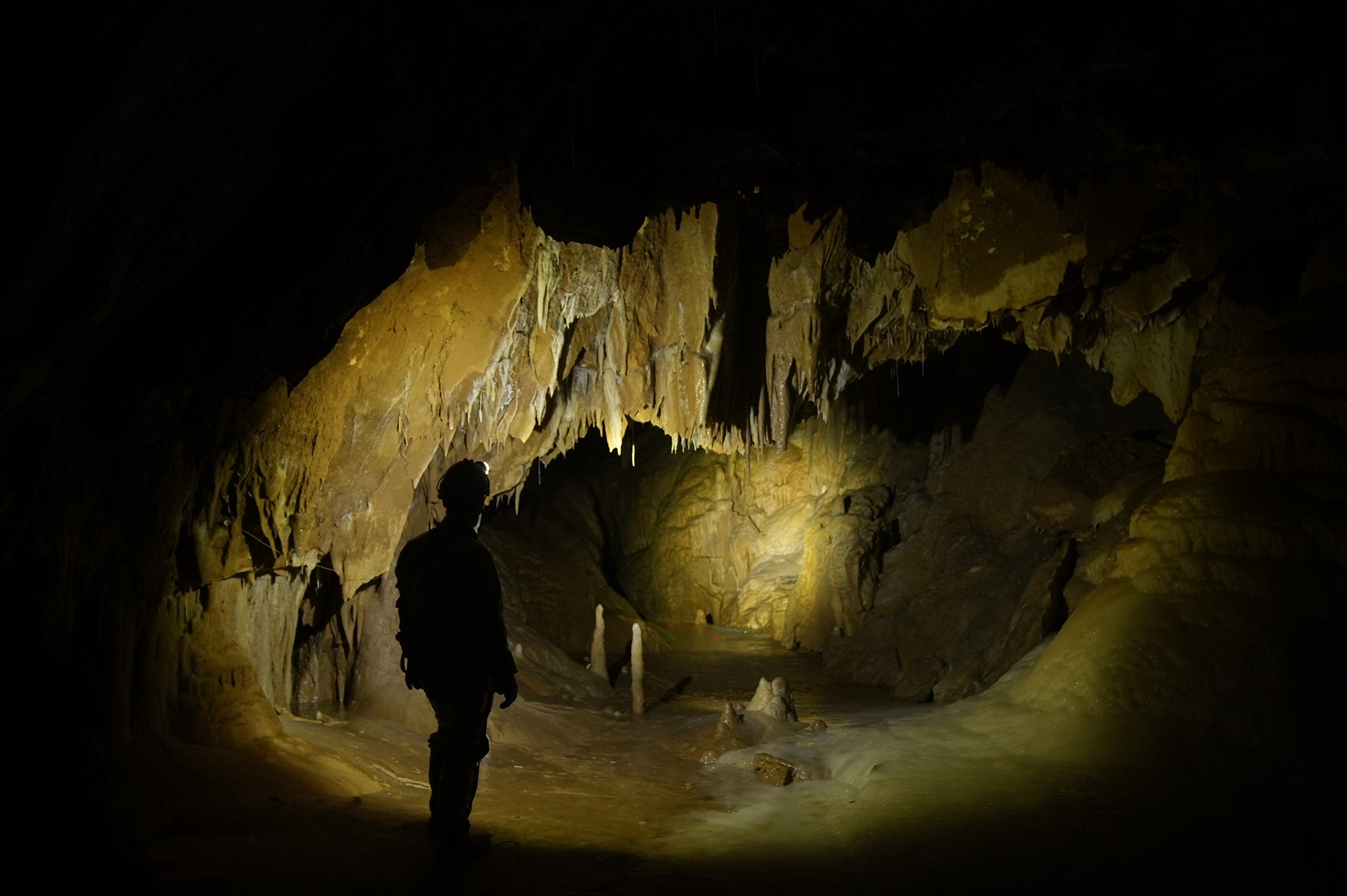 A Cheve caving team member lights up the cavern in front of him deep beneath the cave’s entrance. (National Geographic/Pablo Durana)

The 68-year-old Bill Stone firmly believes that Cheve Cave in Oaxaca, Mexico is the world’s deepest cave. In this three-month expedition, he recruited the best cavers along with cinematographer Pablo Durana to navigate its caverns to reach the bottom in the documentary The Deepest Cave with National Geographic.

This incredible adventure is a feat of true exploration. Exploring caves is the last terrestrial frontier. Putting your foot on terrain never seen or experienced by anyone else and reaching the bottom of the deepest cave in the world would be one of the greatest achievements of modern exploration. In order to do so, the team pushed the boundaries of what has been done before on an unprecedented scale—to explore The Deepest Cave on Earth.

LRM Online’s Gig Patta talked with director and cinematographer Pablo Durana on this documentary. We discussed how he was invited by National Geographic to film this expedition, the training process for caving, the equipment, and finally the journey towards the deepest part of the Earth.

Pablo Durana is a director of photography with documentary films as his passion. Durana covered the first-ever Afghan women’s mountaineering expedition, hippos in Columbia, drug wars in Mexico, Maya archeological expeditions, erupting volcanoes, American prisons, extreme motor-cross racing, ivory poaching in Africa, and the first ice-climbing expeditions on the melting glaciers of Kilimanjaro.  He collaborated on the 2013 Oscar-winning documentary short film Inocente and Emmy-winning, Oscar-shortlisted feature documentary Life According to Sam. In 2018, he directed Joyrider documentary about Andre Kajlich, a double amputee to become the first solo hand cyclist to compete in the 3,000-mile Race Across America.

The Deepest Cave premieres on National Geographic tonight at 10/9c. The film is on the streaming platform Disney+ at a later date.

Watch the exclusive interview with Pablo Durana below. Let us know what you think of the interview.