RUMOR: Is Ghost Rider Finally Coming To The MCU? SHE Might Be… 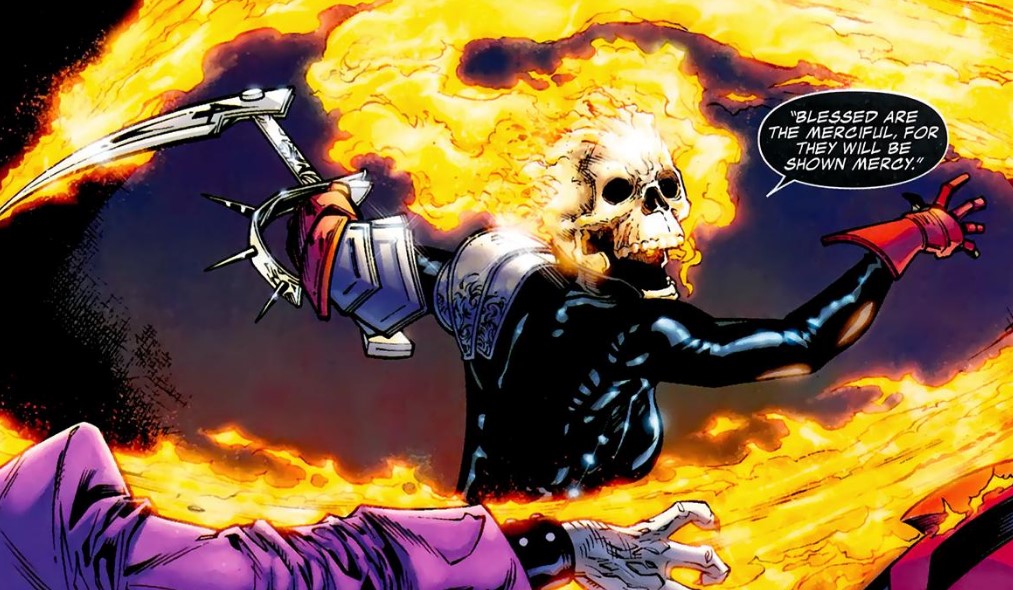 Do you have your salt ready people? Take this rumor with a grain or two. At last year’s San Diego ComicCon, Marvel Studios announced that they would be bringing the vampire hunting Blade into the MCU with Mahershala Ali playing the famed Daywalker. That got a lot of people excited, including me, and made many fans wonder how deep into Marvel’s supernatural world we would go. Many wondered if we’d get the Ghost Rider on the big screen.

There was some hope for the famous leather-wearing, vehicle driving, and firey head having Spirit of Vengeance on Hulu as Gabriel Luna was set to reprise his role as Robbie Reyes from Agents of S.H.I.E.L.D. in a stand-alone series, but that plan fell apart. Many people were upset by this as the MCU does not have much in the form of Hispanic representation. That brings us to a scoop from Mikey Sutton via the guys at Lords of the Long Box who state:

“The man who hunts vampires meets a woman with her head on fire. No, that’s not the punch line of a joke or the beginning of a joke, but it is something that’s coming to the MCU. And, her name is Alejandra Jones. She’s the next Ghost Rider in the MCU.”

With Marvel looking to diversify their group of heroes, this choice makes sense. It keeps the Hispanic representation while adding another female to the male-dominated franchise. She’s an original character with her own personality and reasons for doing what she does. Much like Miles Morales, she provides a tangible change in the industry over the (in my opinion) lazier gender or race-swapping that some studios do. What about Johnny Blaze though? The original Ghost Rider used to be locked into a rights dispute and that was one of the reasons Reyes was used in AoS. We do have two films starring Nicholas Cage as that version of Ghost Rider, but neither one was very good. They were very much products of comic book movies before them like X-Men. The way I understand things now, he can be used but Marvel appears to want to bring someone completely new to their roster.

ALSO SEE: Birds Of Prey Gets Its CinemaScore And It Isn’t Great

In the comics, Alejandra Jones is trafficked by her own father and trains with the Biblical Adam in a temple before taking on the Spirit of Vengeance. She rides a motorcycle, unlike Reyes who drove a car, but it’s a wimpy crotch-rocket. Yeah, I went there… She first appeared in Issue #1, Volume #7 of Ghost Rider in the comics way back in 2011. Doesn’t seem that far back, but in that year the MCU only had four films out. THAT WAS PRE-AVENGERS!

All in all, this could be a perfect fit for the MCU. Yeah, I’d like to see Johnny Blaze because that was my Ghost Rider growing up, but as long as the character is written well and well portrayed I’ll be happy to have any Spirit of Vengeance on screen.

What do you think of this rumor? Do you have any casting ideas? Let us know in the comments below!

Sources:  Lords of the Long Box (via Cheat Sheet)

The XFL Has Some Flaws But Overall Is A Great Product