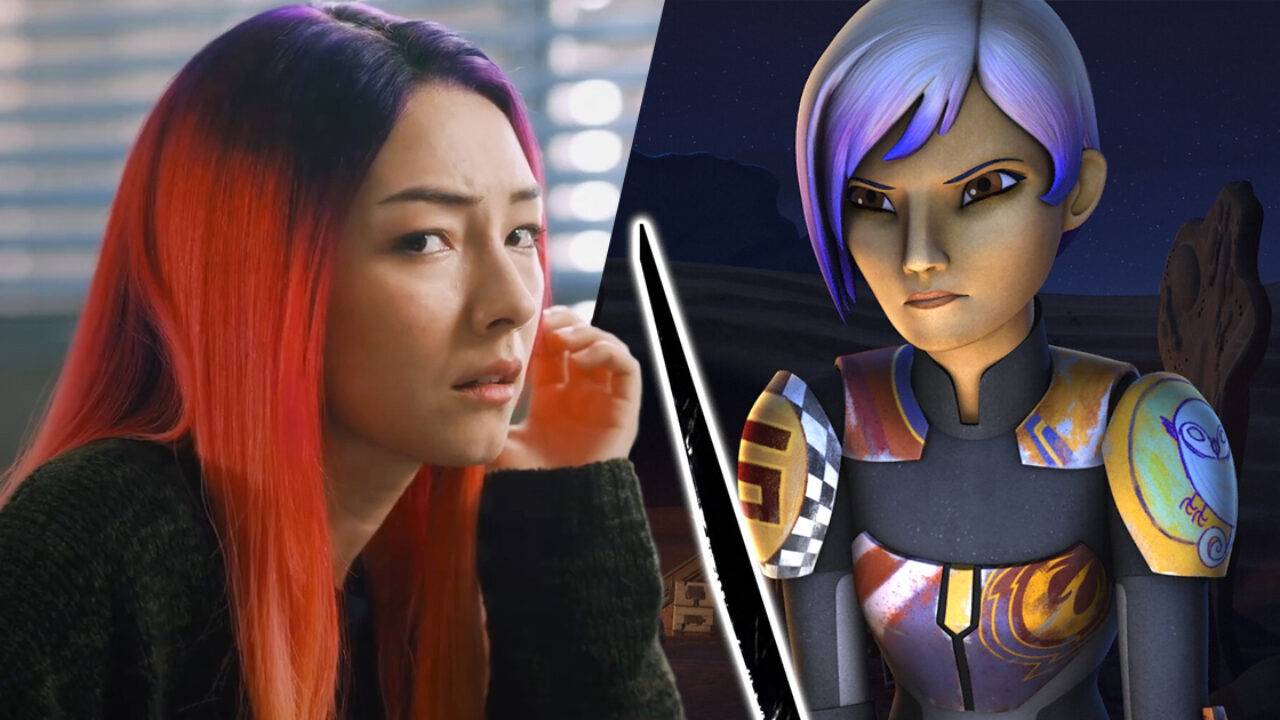 Natasha Liu Bordizzo will play the live-action version of Sabine Wren in Ahsoka. Speaking with THR recently the Sabine Wren actress talks researching her role through Rebels. Sabine of course, like many before her such as Ahsoka and Bo-Katan began as an animated character. In Sabine’s case, in the Rebels series. Kinda like The Clone Wars, Rebels had a very shaky start. However for me it improved consistently as it progressed.

As Bordizzo explains, the brief she got from those in charge was that this needs to be a new interpretation of Sabine. Given that this is a version of Sabine Wren many years after we last saw her in Rebels (sans the epilogue). So while it was suggested she watch Rebels, it was also necessary for Bordizzo to have her own take.

“I think it was somewhere in between. It was like, “It’s obviously great if you watch the show,” but the live-action version is always going to be a completely new and fresh thing that has to find its own truth and not try to replicate what has been created, as much as we honor it and as much as we use it. It’s almost like a memory book; that’s what I feel Rebels is for me. It’s just this kind of free prep that I never even had to do as an actor because it’s all been done for me. My character’s memory is already recorded. So they encouraged it, but obviously, I did watch it because how could I not? So it’s somewhere in between.”

This makes a lot of sense I think when transitioning from animated to live-action. simply, they are not the same medium and as such performances cannot be replicated. I think with a live-action role you have to dig deeper into a character’s arc in every moment. Whereas, in animated form characters can often be window dressing when the current episode isn’t focused on their story.

Rosario Dawson and Katee Sackhoff do not play Ahsoka or Bo -Katan respectively like the characters were in animated shows. Dawson of course has even more ‘memory’ to draw on. Ashoka was very different in Rebels than she had been in The Clone Wars for example. Now, in the post-Jedi timeline Ahsoka ha changed once again. This is a character who has now met Luke Skywalker. Therefore Ahsoka presumably learned all about the redemption and death of her former mentor Anakin Skywalker. That’s a lot to unpack, and unburden oneself of.

What will Sabine have gone through as a character during the years of the Galactic Civil War? One would assume Sabine fought alongside the Rebel Alliance given she was essentially one of the first Rebels along with the Ghost crew. However, now that war is over Sabine and Ahsoka are trying to find Ezra and Thrawn. Where the story goes next we’ll have to wait and see once Ahsoka hits screens?

Natasha Liu Bordizzo, Sabine Wren actress talks researching her role through Rebels. What do you think of Bordizzo’s comments? As always, let us know below if you can.