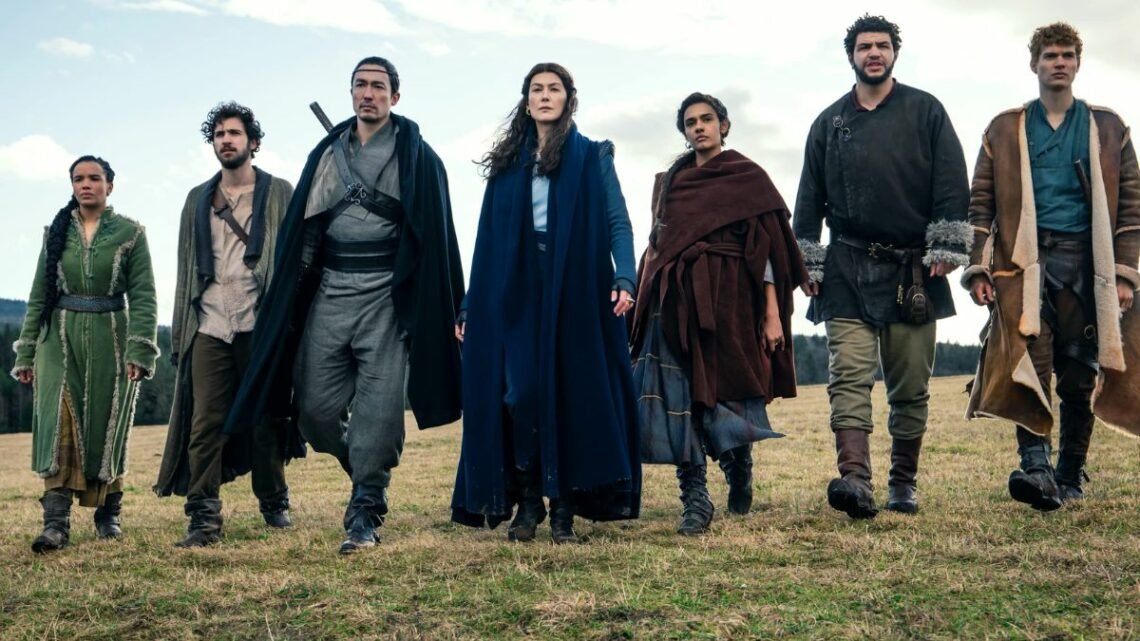 The Wheel of Time actor confirms appearance in Season finale. This one may seem fairly innocent, however given the character, and what I know already, this is would be quite the SPOILER folks. I’m therefore only discussing this story below the SPOILER jump below. If you scroll past the image, it’s on you not me. For those tat have read the books, I think you are safe to check out a recent interview below with an actor we have not yet met so far in Season 1 of The Wheel of Time. The rest of you, check back on this on on Friday after you have watched the finale.

The Wheel of Time Season Finale SPOILERS Below. As said above The Wheel of Time actor confirms appearance in Season finale. However, the drama here is the identity of who this actor is playing. Alexsander Karim is a television actor in his home country of Sweden. The actor was recently interviews by Swedish outlet FILMTOPP.se and he revealed that a few leaks I have glimpsed are true. Karim is playing Lews Therin Telamon in The Wheel of Time. The actor also confirmed that makes his debut in the Season 1 finale. This confirms a fan theory I was completely on board with. I think the finale is going to start with the same cold open as the book did. In other words the prologue to The Eye of the World which shows the last moments of previous Dragon Lews Therin. Rough translation of the interview below.

“The name of the show is The return of the dragon (direct translation from the Swedish translation), and I’m the dragon. The original dragon, that is, the new dragon has the lead role in the show, but I existed 3000 years ago and set the new world order rolling by fu****g everything up.  show up in the last episode when they show what happened, and then I show up a bit in the current timeline.”

RELATED: The Wheel Of Time Episode 7 Review | The Dragon Reviewed NO Book SPOILERS

“I’m not a fantasy person and I didn’t really know what it was so I turned them down several times. They just kept calling so eventually I said yes. It was supposed to be a couple of days in Prague but due to COVID it turned out to be one month. The production was incredibly huge, I believe they spent 1 billion Swedish crowns on the first season. It’s incredible if you’re a film nerd like me. I asked them if they built the set for the whole production, but apparently it was only built for that day. I’ve never seen anything like it in my life. The production is Spielberg-size.”

I had, I admit, seen a leaked image of Karim in what was claimed to be a shot of him as Lews Therin in the show. However this new article is far from any kind of leak. Karim is very open about his involvement in the show and how he got involved. Karim also confirms whilst his initial appearance is in the past, he will also make it into the current timeline. Now, if you are a book reader, I need say no more. If you are just looking for spoilers, then you’ll have no idea what that means.

Is anyone as hyped as me that we are likely getting the Lews prologue as this week’s cold open? I have never seen Karim in anything, but I hope he nails it as LTT in the show. I’m now beginning to get hypoed about how we might see him farther down the line as well. As always, leave any thoughts you have below.