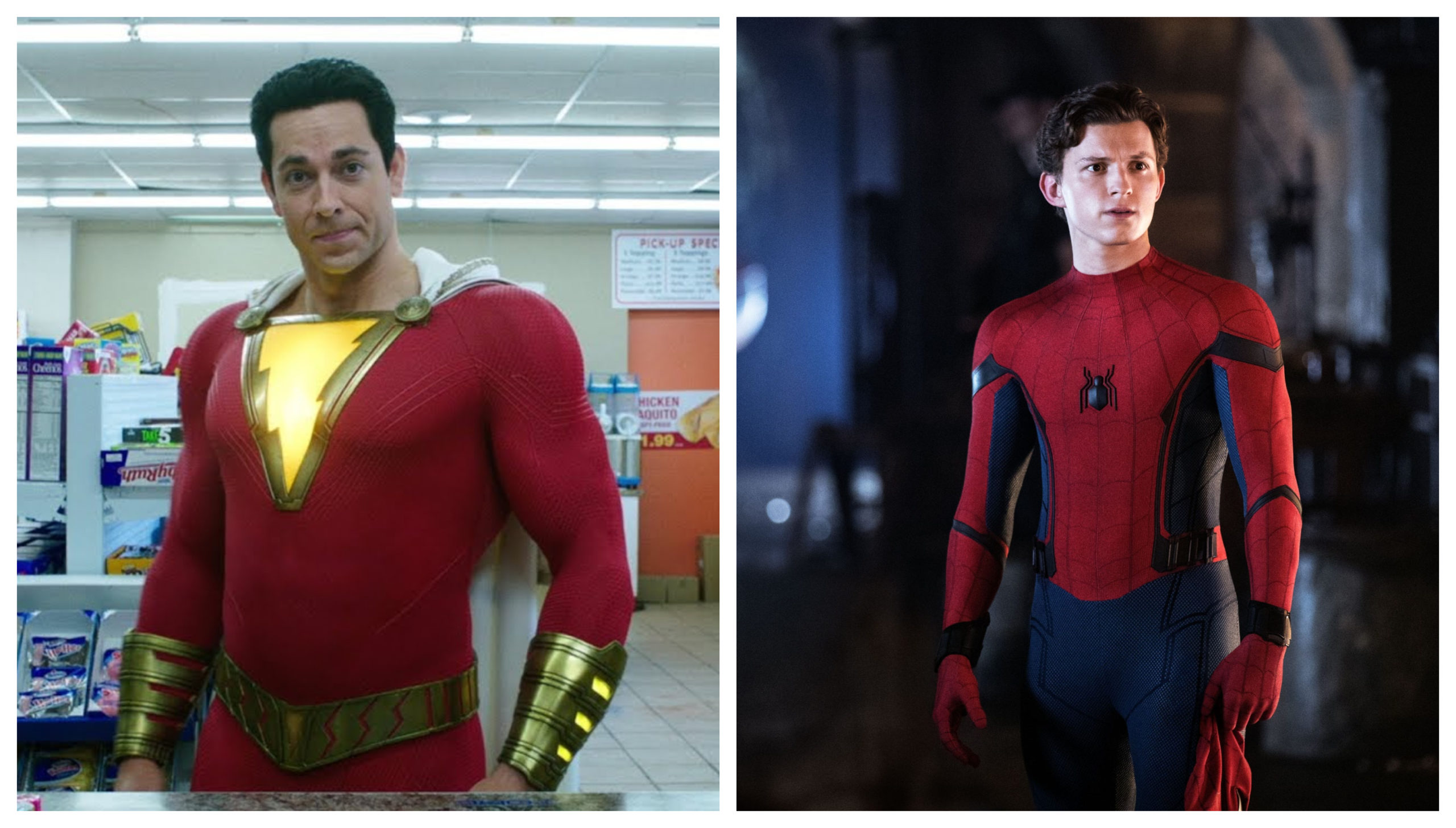 This past weekend was the tenth year of the annual Los Angeles Comic-Con. Granted, it has had some name changes throughout the year but nevertheless, it has remained a great show for fans from all over the spectrum of pop culture. One of the fun parts of this convention is the main stage spotlight moments with our favorite actors/personalities. One of the guests on Saturday was Zachary Levi.

Some may know him from the NBC television series, Chuck. While most are most familiar with him as the adult, superhero version of Billy Batson, Shazam in the DCEU. Levi brought a lot of positive energy to the stage during his spotlight as he took questions from the crowd. One particular question focused on his DC character. Specifically on which superhero would he want to share the screen with in the future? Check out his answer below!

Of course in our minds (like Levi’s) this combination seems like it would be a lot of fun. Seeing Levi and Asher Angel both interact with Tom Holland’s Peter Parker/Spider-Man would be something special. Unfortunately, they are from two different universes that no one is holding their breath that they will ever cross paths. But hey like Zachary Levi we can dream right?

What do you think of Zachary Levi’s choice for wanting to share the big screen with? Let us know in the comment section below!

We all have a superhero inside of us — it just takes a bit of magic to bring it out. In 14-year-old Billy Batson’s case, all he needs to do is shout out one word to transform into the adult superhero Shazam. Still a kid at heart, Shazam revels in the new version of himself by doing what any other teen would do — have fun while testing out his newfound powers. But he’ll need to master them quickly before the evil Dr. Thaddeus Sivana can get his hands on Shazam’s magical abilities.

The sequel Shazam 2: Fury of the Gods is scheduled to be released in 2023.