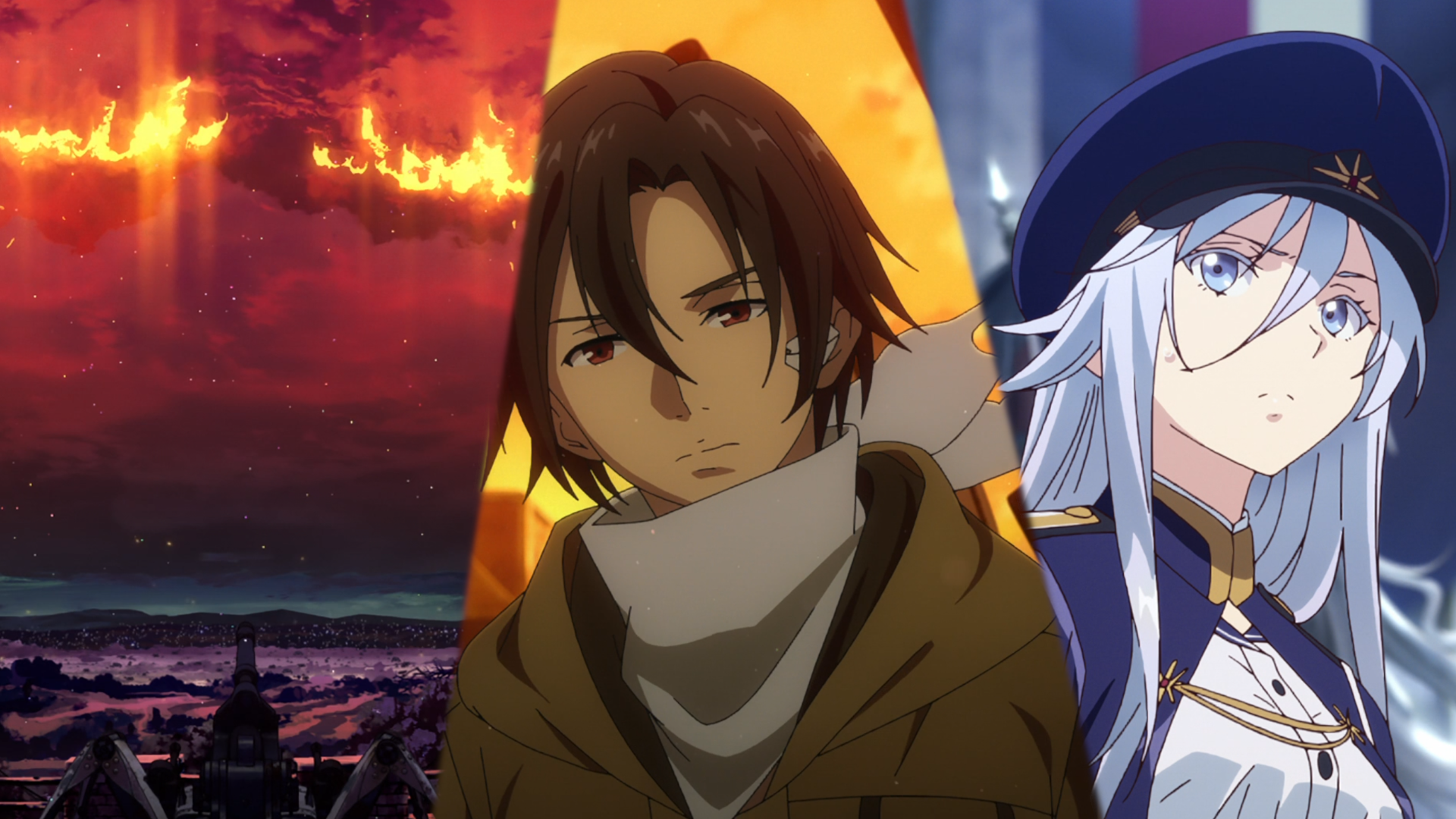 I recently watched the semi-mecha Anime 86 -Eighty Six-, and it almost brought me to tears. Now, I don’t cry with media. That’s not because I am too macho, but because I have trauma that has made it harder for me to cry as time goes on. So, how did this almost make me cry? I had seen, felt, and dealt with so much of what I just saw on the screen. A group of young Soldiers fighting an unjust war and dealing with death or the threat of death. Daily.

I served in the United States Army for 17 years, and my first deployment, to Iraq, in 2005 was no walk in the park. Although I wasn’t some door kicker, I wasn’t a POG (Person Other than Grunt) on the FOB (Forward Operating Base) all the time either. I was a POG on the FOB when I wasn’t out fixing IED (Improvised Explosive Device) blasted roads or pulling security for those fixing the IED blasted roads. Engineers leaf the way, and I am proud to be an Engineer. Essayons! I know the fears of being captured, I had IEDs go off on or near my vehicle, and there were small-arms engagements we encountered. I lost two friends from other units and a third threw his life away back home. All told, it wasn’t that bad of a deployment, and many had it way worse. However, I have my scars.

Fast forward 17 years and I am left stunned by an Anime in which a Soldier desires to take their own life over being captured by an enemy known for doing horrible things to their prisoners. I watch in horror as Commanding Officers make awful choices that cost dearly. I feel so distraught at these men and women fighting a war that shouldn’t be fought, at least not like it was being fought. 86 is a no-holds-barred assault on war in a way that Miyazaki films and Gundam would struggle to touch. It is something special, and I never knew I needed to see something like this. The Story And Characters

It is hard to review this show without spoiling some of the cool, more fantastical story points, but I can tell you that it revolves around the Republic of San Magnolia fighting a war against machines in a very unconventional way. Major Vladilena “Lena” Milizé does not agree with this method and seeks to help her subordinates in the war effort. Those subordinates, Spearhead Squadron, include it’s leader Shin, the older-brother like Raiden, the child-like (because he is one) Theo, and the caring but (understandably) hate-filled Kurena.

These characters, and others from Spearhead, are the core of the story. Each episode gives them their time to shine… a light on the awfulness of war, racism, and government corruption. They impart unto the viewer a sense of hopelessness, which becomes all the more distressing as they seem to not only accept their situation, but thrive in it. They know their place in this world, and they intend to do their best with it. Shin does everything he can to shield his squad from the worst of their job. He takes a burden on that I do not envy in any way. Not only does he carry that, but we learn that he had his own past demons to face before taking his place in Spearhead. He is the leader every Soldier wishes they can be. The embodiment of THE Soldier. Shin is a f***ing hero.

Major Milizé gets to be the general audience’s analog to this world for most of the story. She reacts like they do, or should, as she discovers more behind her Republic’s warfighting methods. Also, she gets to really grow throughout the first season. She becomes a better leader by actually listening to her Soldiers and putting their needs above her own. Some in the West may find her to be an eye-candy character based on her uniform. However, most of them are just uncomfortable with finding a cartoon attractive despite ogling comic book characters all their lives. Lena is a great character with a great heart. What about the music and animation? Well, the music is good. The ending song, “Avid” by Hiroyuki Sawano, is actually amazing with the way they do end credits. However, no one piece throughout spoke to me, but none of it was bad. As for the animation, I like it. The CG moments are no better or worse than most CG Anime, but the character designs are well done and varied. Additionally, the world is wonderfully detailed.

I am not fully caught up with the current season, but I finished the first and am three episodes into the second. However, that first season easily gets a 9/10 from me on my MAL. As for LRM’s ABC +/- scale, It’s an A. The par-for-course background music and animation are the only things keeping it from getting a perfect score. (UPDATE: THIS IS A PERFECT 10/10 or A+!!! See Review For Part 2/Season 2)

The closest thing I can relate this to is watching Band of Brothers. Of course, Band of Brothers hits harder, having been based on real events. Also, being made with live-action gives it more impact. However, I can’t express enough how triggering (I know that’s a loaded word these days, but I mean it in the most traditional sense) this show can potentially be. Although, if you can make it through it, I think it’s worth it.

86 can be streamed on Crunchyroll