It’s no surprise that Ray Fisher is continuing to divulge more information concerning his interactions with Joss Whedon. Fisher has always made his stance known about what transpired during the Justice League reshoots. We also have heard from Warner Media Studios in response to Fisher’s accusations, although the actor continues to provide more incriminating details. Now while it may seem isolated to the Cyborg actor, that no longer appears to be the case. Wonder Woman herself, Gal Gadot, has come forward to issue a statement regarding her conflict with Whedon. 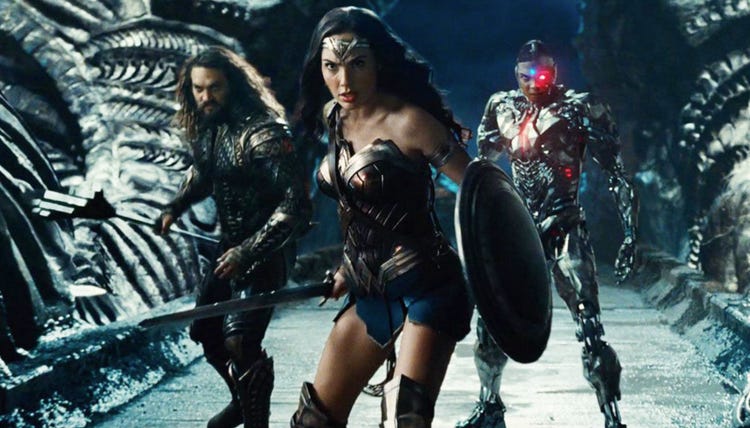 While the investigation continues regarding Fisher’s accusations, there are other rumors of mistreatment. Gal Gadot issues a statement in order to clear the air:

“I had my issues with [Whedon] and Warner Bros. handled it in a timely manner.”

While Gadot remains fairly tight-lipped, her official statement does indeed suggest possible mistreatment. The rumors are that Whedon threatened her career. The conflict is said to be over the interpretation of her character. Whether this specific rumor is true or not, Gadot’s statement clearly adds fuel to fire that is Whedon’s stint as director. Fisher got the ball rolling regarding Whedon’s supposed behavior on set, and it does not look to be slowing down.

What I cannot wrap my head around is why Whedon took the role. From all we have heard, he did not seem to like much of what he was working with. It goes back to the statement Fisher made regarding the “resentment” feeling on set. If it was indeed to recoup some credibility after the reception of Avengers: Age of Ultron, then it he did not succeed. Again, we have primarily one side. However, what looked like Fisher vs. Whedon is not expanding, which does not bode well for Whedon. Fisher alluded to feeling Whedon was focused less on the actual film and more on making it his. The possibility of Whedon threatening Gadot’s career if she did not portray the character the way he wants it only intensifies this idea.

What are your thoughts? Again, there are two sides to every story. However, the sides against Whedon seem to be building. Why do you think Whedon took over Justice League? Do you think there will be more damning evidence against him moving forward? Leave your thoughts in the usual spot, and thanks for reading!