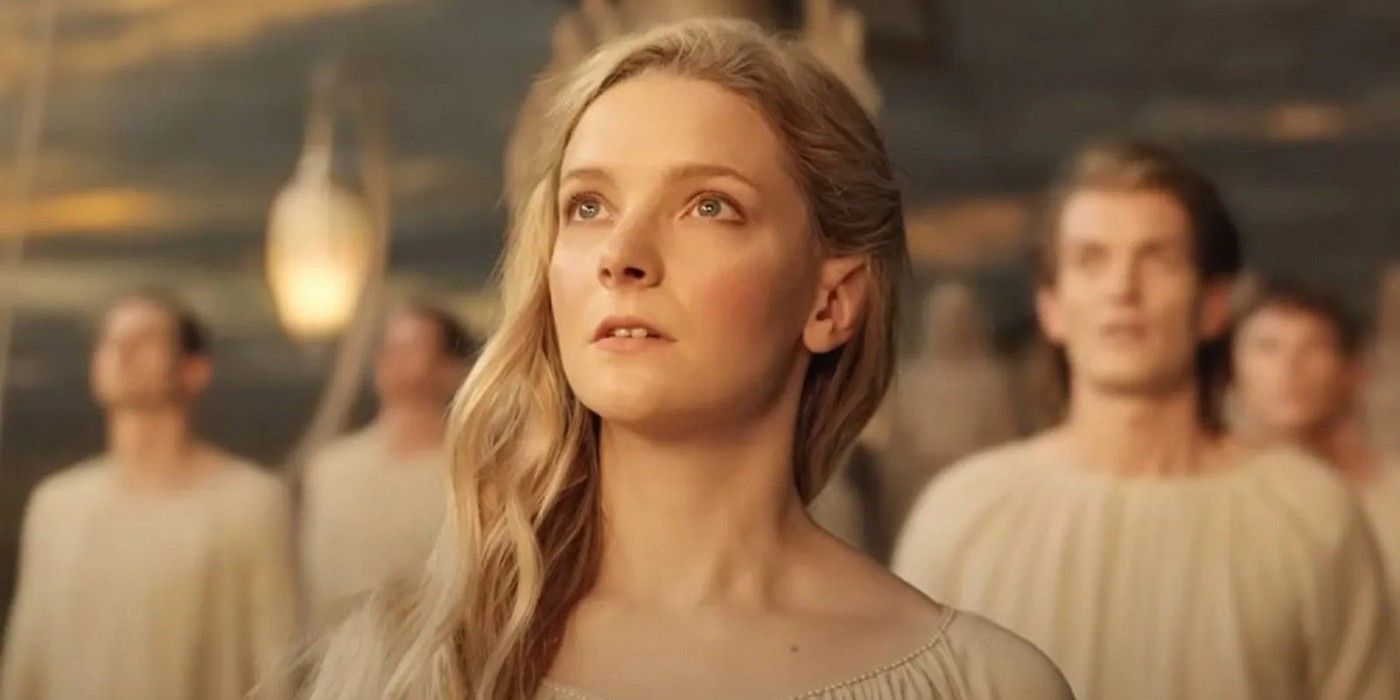 The Rings of Power star Morfydd Clark explains her character Galadriel’s fateful decision at the end of the premiere episode of the show. It goes without saying there could be SPOILERS here if you have not yet watched The Rings of Power‘s opening two episodes. So beware after the image below. After being offered the chance to go back to her home in Valinor, Galadriel initially acquiesces to the wishes of her King Gil Galad. However at the final moment Galadriel cannot go through with it and throws herself to the waves in a desperate attempt.

“So something I really focused on with Galadriel was the guilt she was carrying,” Clark told TheWrap about the scene. “I kind of was really interested in, ‘You can’t escape your history.’ And you particularly can’t when you were there for all of it. And she just feels like, to me, that she didn’t deserve to go back yet; her work wasn’t finished.”

“I remember speaking with Rob Aramayo a lot about the magnitude of that leap,” she continued. “And then yeah, it was a big move. Very big move, first of all. And … she doesn’t know she’s going to do it until the moment she’s in the water.”

RELATED: Tolkien’s Message, Some Of The Stars Of The Rings Of Power Weigh In [LRM Exclusive]

I’m really not sure Galadriel even could swim all the way back over what amounts to an ocean. I have to say I was not keen on the jumping ship. Making the decision not to go, for all the reasons Clark explains is exactly what I’d expect from this character. However it seemed almost like a suicidal act to me so far away from the shores of Middle-earth as they were. One idea I thought of was that there are two boats. One that just has Galadriel and her unit aboard and another for those attending to them but not returning themselves. Maybe that would have caused issues with Episode 2, but I can only call it like I see it.

What did you think of The Rings of Power. What do you think of Galadriel’s fateful decision as explained by star Morfydd Clark? Thoughts below as always.