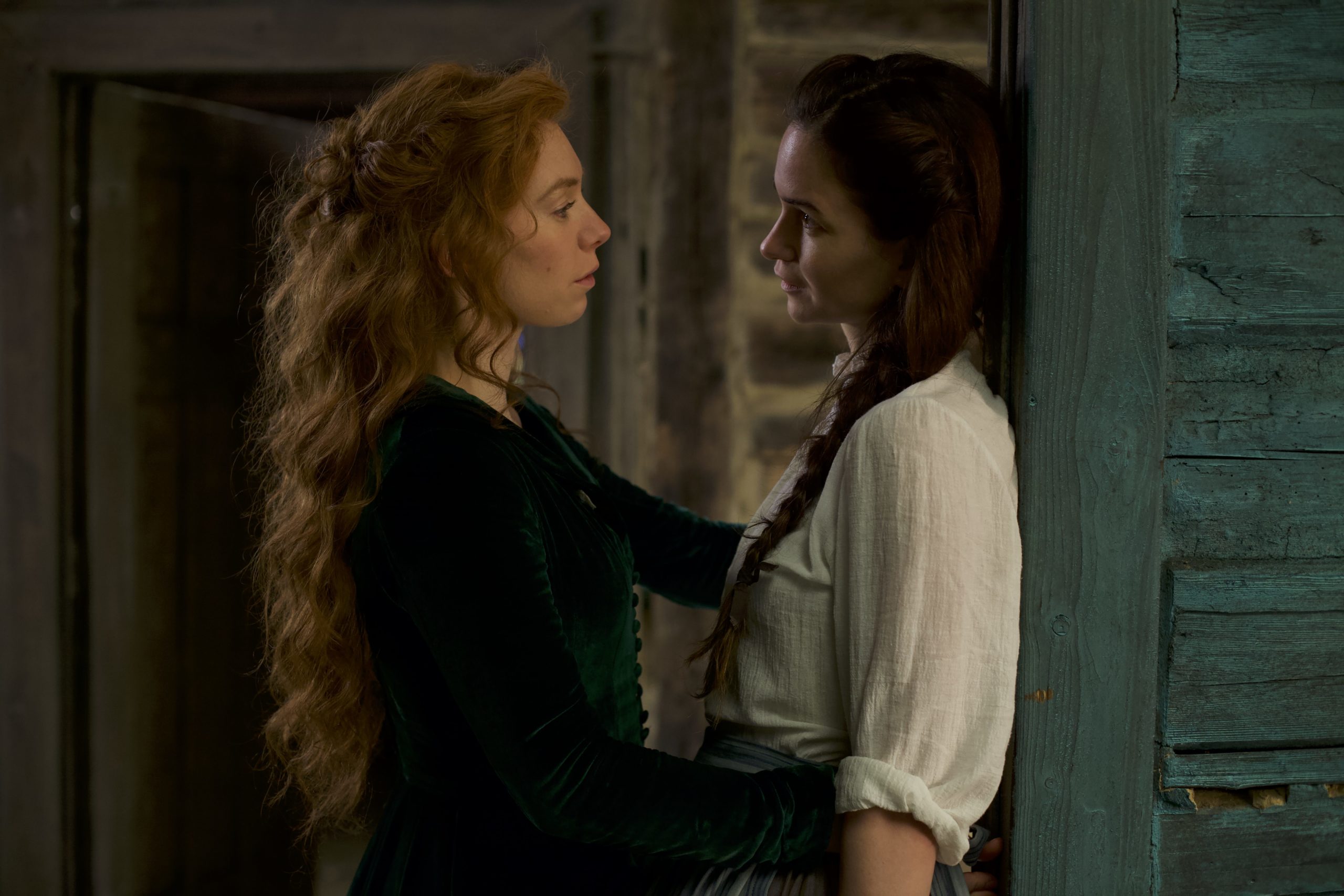 Vanessa Kirby and Katherine Waterston star in the new film The World To Come. A love story about two women that live in a time when they were expected to fulfill needs and duties to complete.  A movie based on the novel of the same title by Ron Hansen.

In this powerful 19th century romance set in the American Northeast, Abigail (Katherine Waterston,”Inherent Vice”), a farmer’s wife, and her new neighbor Tallie (Vanessa Kirby, “The Crown”) find themselves irrevocably drawn to each other. A grieving Abigail tends to her withdrawn husband Dyer (Casey Affleck, “Gone Baby Gone”) as free-spirit Tallie bristles at the jealous control of her husband Finney (Christopher Abbott, “James White”), when together their intimacy begins to fill a void in each other’s lives they never knew existed. Directed by Mona Fastvold and scripted by Jim Shepard (And Then I Go) and Ron Hansen (The Assassination of Jesse James by the Coward Robert Ford), THE WORLD TO COME explores how isolation is overcome by the intensity of human connection.

Katherine Waterston was born in Westminster, London and is the daughter of the actor Sam Waterston. Her breakout film was with Inherent Vice. She has been seen in other films like Steve Jobs, Alien: Covenant and just concluded production for the third installment of the Fantastic Beast series. Waterston was last seen in HBO limited series The Third Day.

The English actress Vanessa Kirby is currently nominated for a Golden Globe for Best Performance in Pieces of a Woman. Kirby has been in films like Fast & Furious Presents: Hobbs & Shaw and Mission: Impossible – Fallout. She played the young Princess Margaret for two seasons of the popular Netflix series The Crown. Currently she is back to production to play White Widow for the next installment of Mission Impossible franchise.

I had an enjoyable Zoom conversation with Vanessa Kirby and Katherine Waterston to talk about The World To Come. They both expressed their delight for their characters and more.

Dexter: Oscar Wahlberg And Jamie Chung Have Joined The Revival Of The Showtime Series Adds